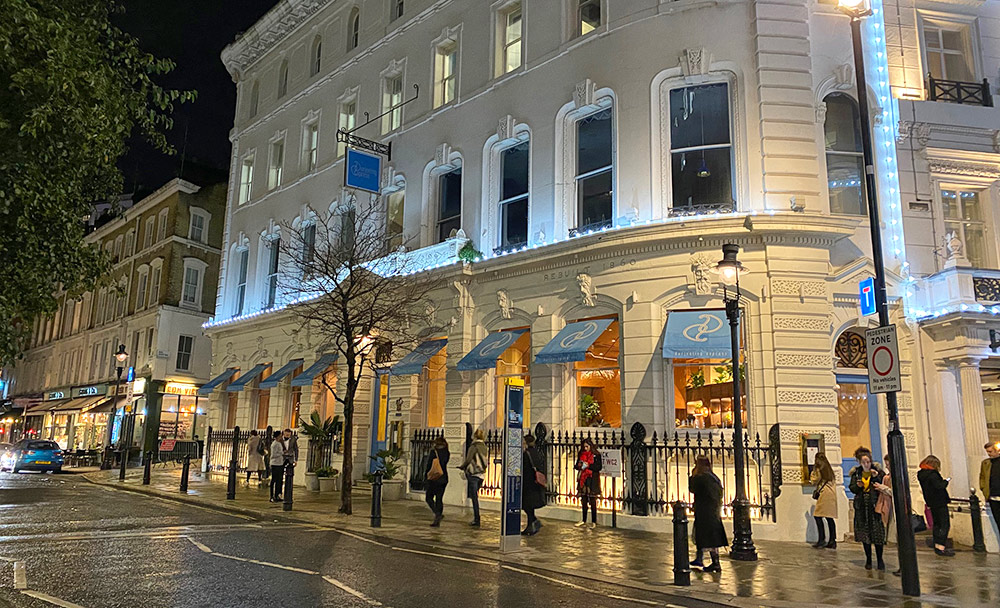 What do we need to know about Darjeeling Express?

Three years ago, supperclub host Asma Khan finally took the plunge and opened her first restaurant. Darjeeling Express in Kingly Court showcased food from disparate culinary traditions in India - with the common thread being Asma's family ties, whether that was from her father's North Indian background or her mother’s Bengali heritage. At the Carnaby restaurant Asma and her all-female kitchen team won a reputation for cooking as the purest expression of hospitality.

And once Netflix came calling, to showcase Asma in an episode of Chef's Table, the restaurant's success was compounded. Securing a table reservation here was one of the hardest in London.

They have. Clearly having outgrown their original site, Asma went on the hunt for new premises, eventually finding this spot in Covent Garden. They've taken over the old Carluccio's spot on the corner of Garrick Street and King Street.

And they've added a deli?

As you go in the front door, you can turn right to the deli with its takeaway menu inspired by long railway journeys in India. Here the menu features treats like a keema mutton toastie (which has already become a big hit), saffron biscuits and Asma's amazing masala chai. If you want a taste of Darjeeling Express but haven't managed to snag a booking, this is a great option. 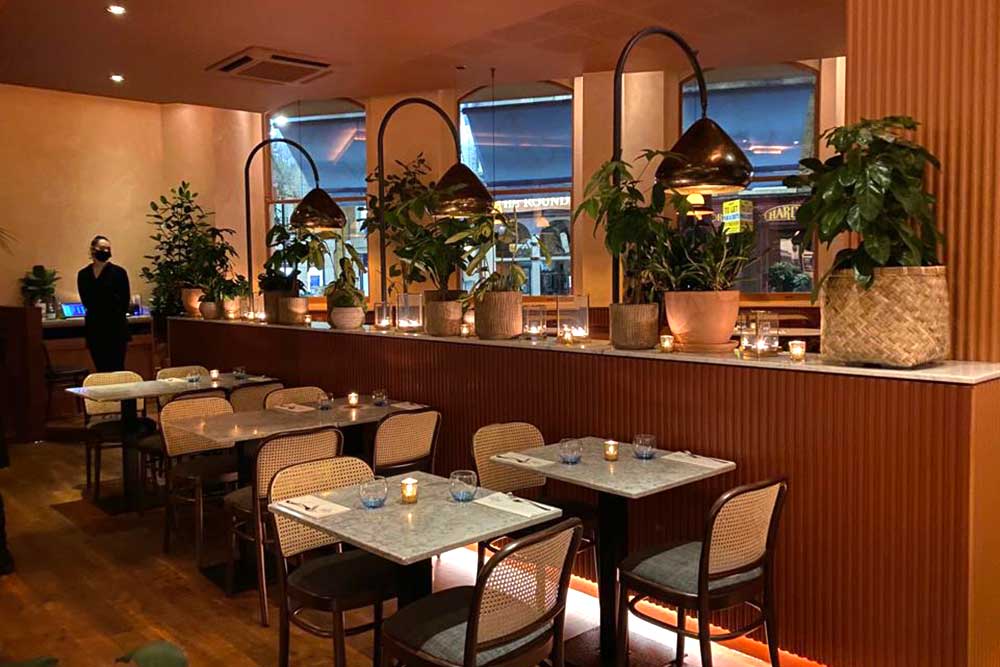 What about the main restaurant?

If you turn to the left after the front door, you enter the large restaurant with room for 120 diners. Here there's a choice of three eight-course tasting menus.

Choose from Calcutta to Darjeeling menu which focuses on two styles of cuisine from Bengal (£55), the Phulwari (Garden) vegan menu (£55) or, the option we went for, the Biryani Menu covering the popular dishes from their supperclub days and includes the dum biryani that was the focus of Asma's Chefs Table episode. 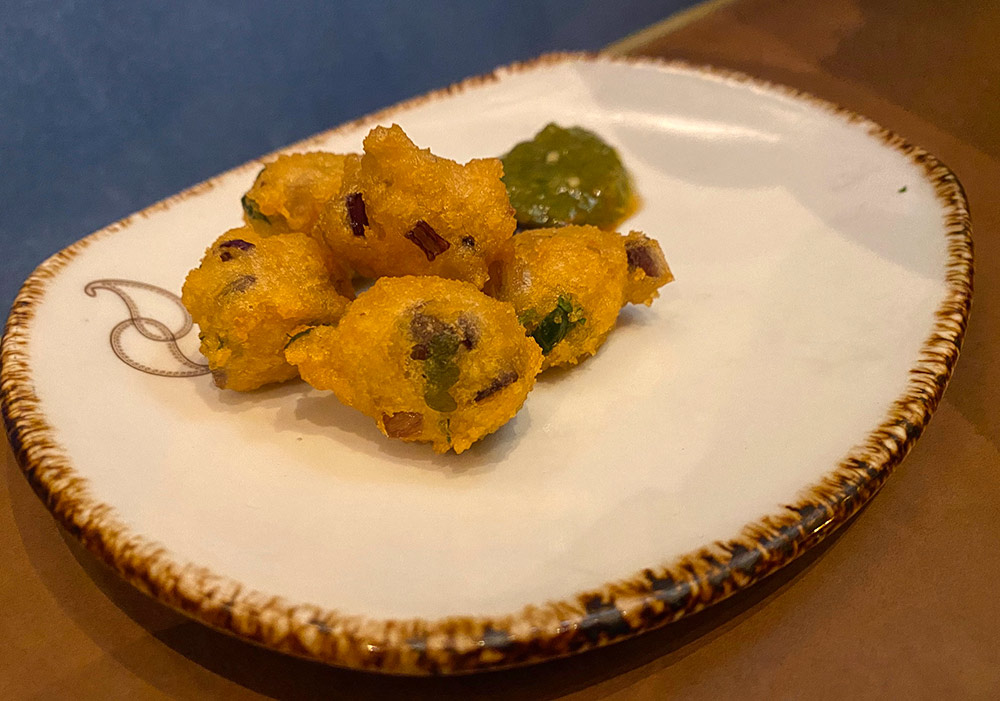 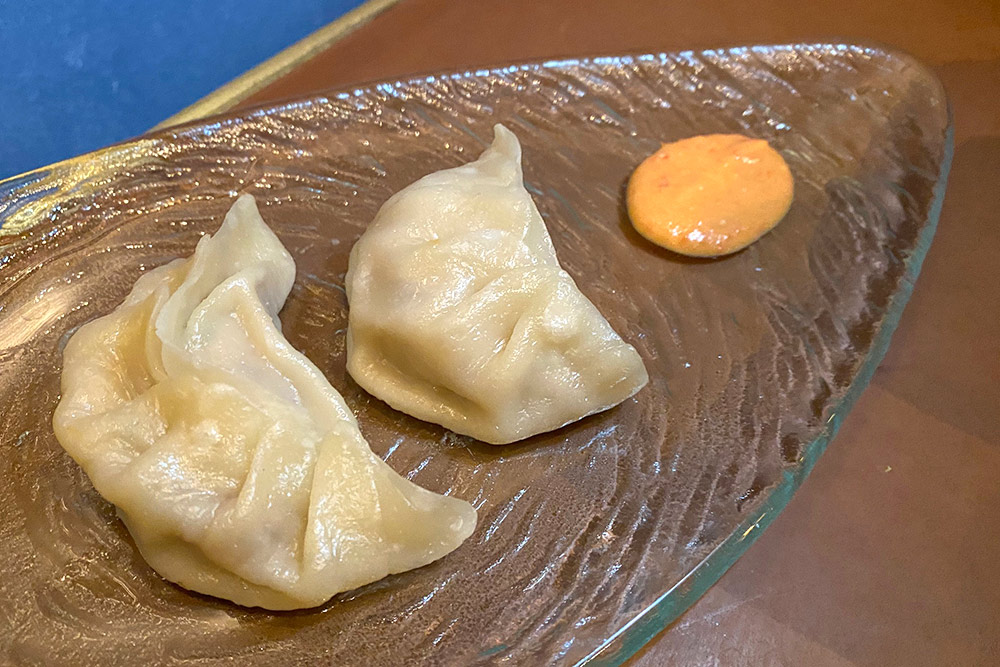 Darjeeling Chicken Momo - steamed dumplings from the foot of the Himalayas 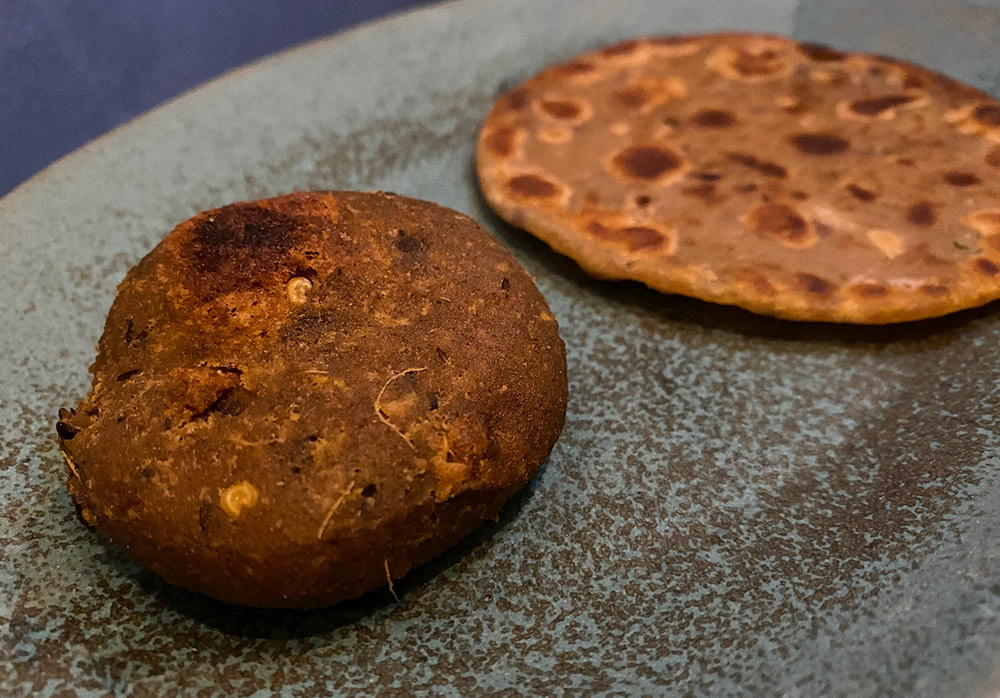 Shammi kabab - mutton minced kabab served with a roti for mashing it up on. 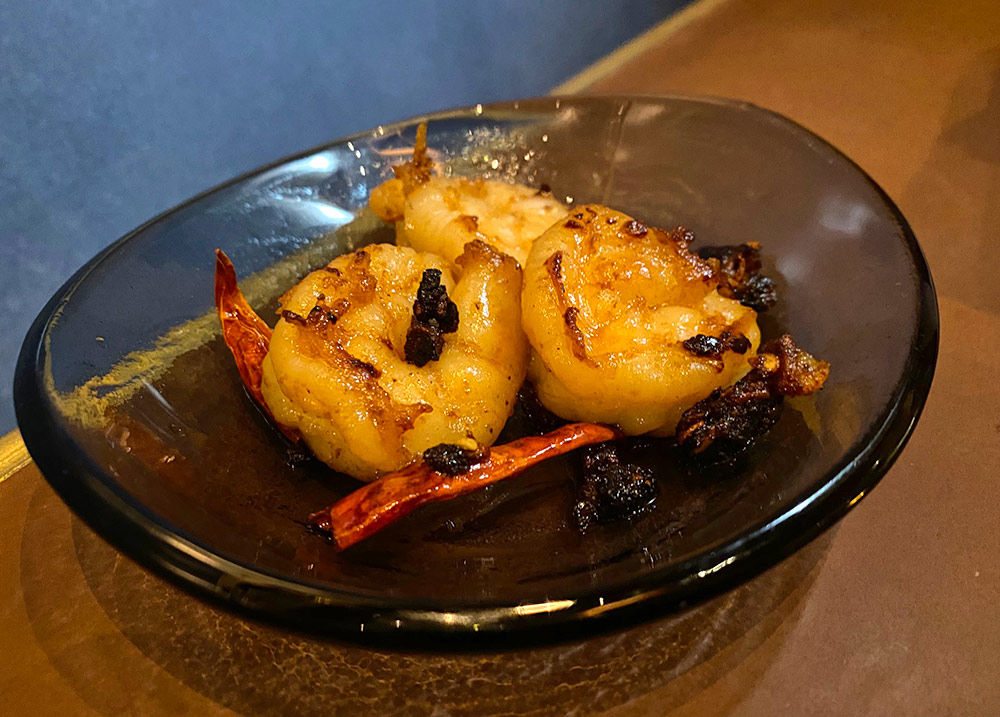 Bouncy, sweet Tangra Prawns - inspired by the only Chinatown in India in Kolkata - such sweet prawns and with a good chilli kick. 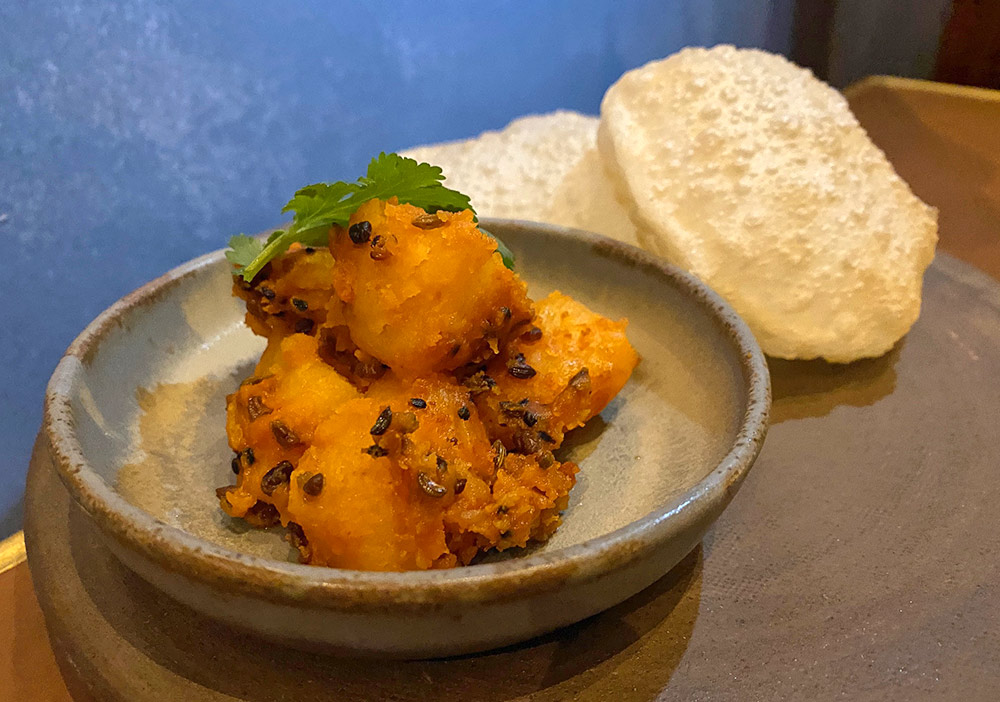 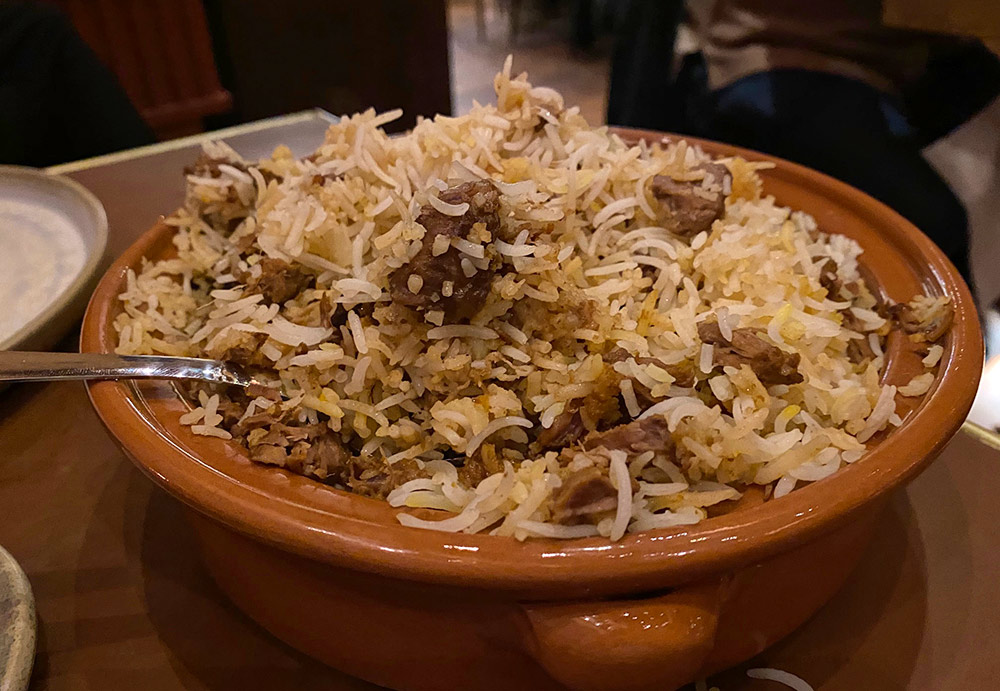 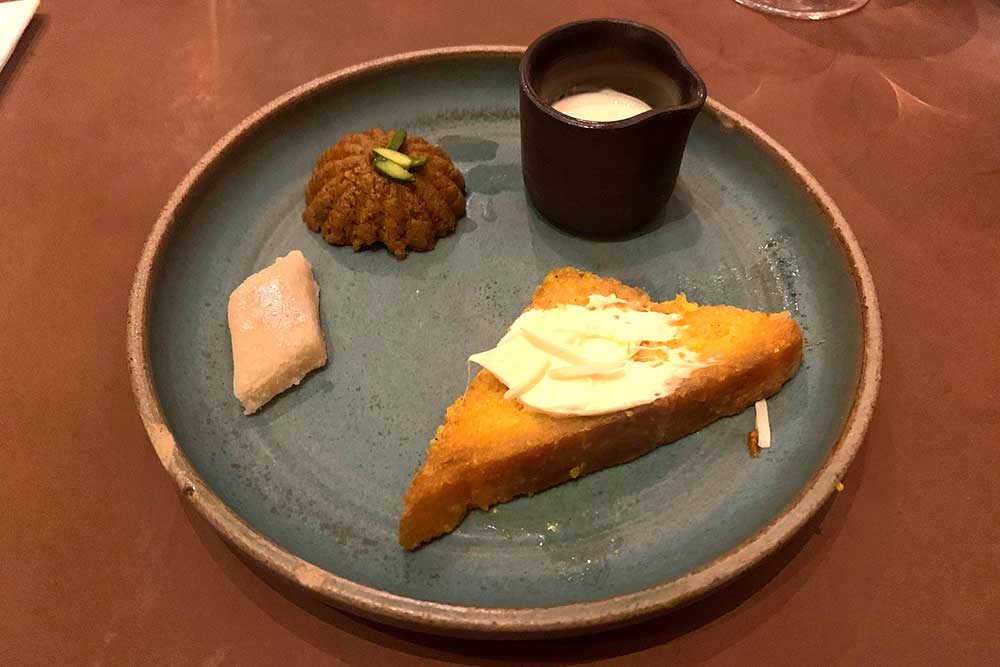 There are some Indian wines to try on the list, including a Shiraz and Zinfandel from the Sula Vineyards, but we stuck to French for our dinner and, as this was a launch event - we didn't see the prices. Based on previous menus though the mark up shouldn't be too punchy. There's also a short-range of cocktails - including the Bollywood, a take on the classic Champagne cocktail and this... 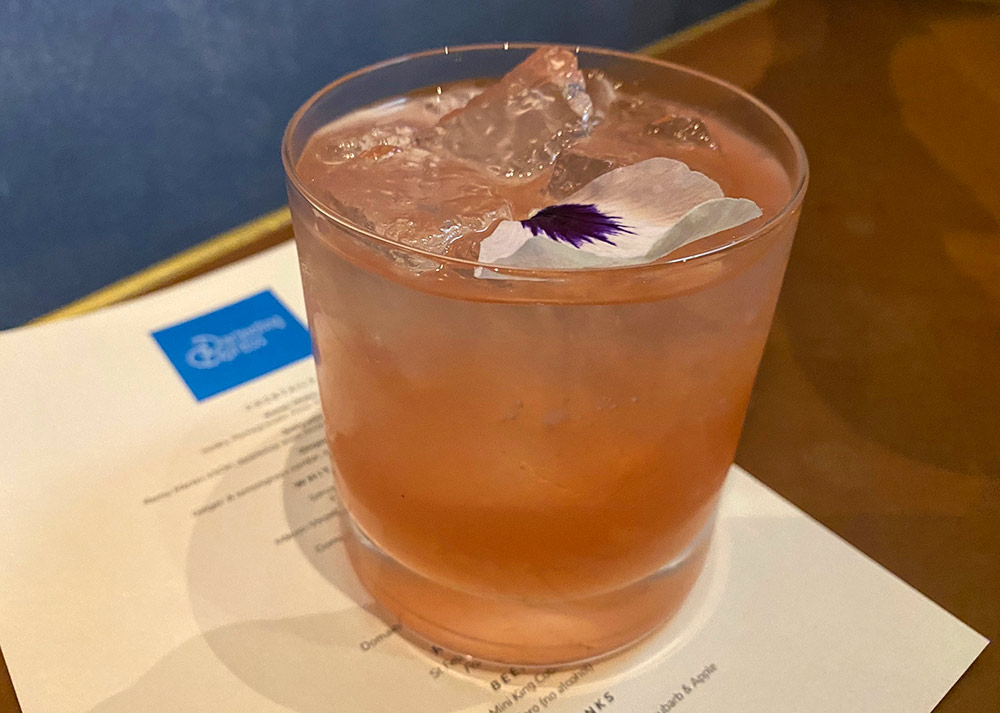 Seeing this landmark corner site in Covent Garden being delivered from being part of a worn-out chain into the hands of Asma and her amazing kitchen team, gives us hope for the London restaurant scene in a hellishly challenging year.

As our first meal out after Lockdown 2.0 we can't see how we would have bettered our dinner at Darjeeling Express. "Home-style food, cooked with passion" is how Asma puts it. More of this for London, please.