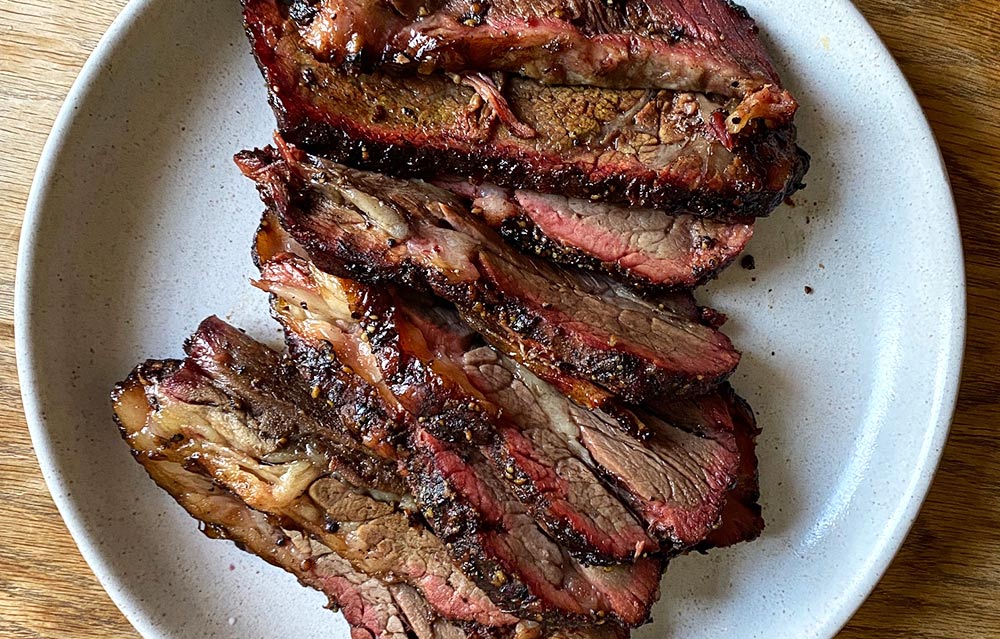 A look at the ribs - which had the most intensely smoked aroma when they were released from the vac pack.

What can you tell us about Cue Point?

Co-founded by Mursal Saiq, working together with co-founder and Head Chef Josh Moroney (who had experience at Smokestak and Shotgun), Cue Point mixes Mursal's Afghan heritage with more worldwide BBQ techniques. Moroney has mixed in influences from Argentina, Texas, Afghanistan, Guyana, and Brazil and this all results in some pretty excellent smoked meats. The food is both gluten and dairy-free and while there's no pork, as Saiq is Mulsim, lamb and beef make some very impressive appearances.

Cue Point has appeared at pop-ups and residencies, but we tried out one of their home delivery packages. 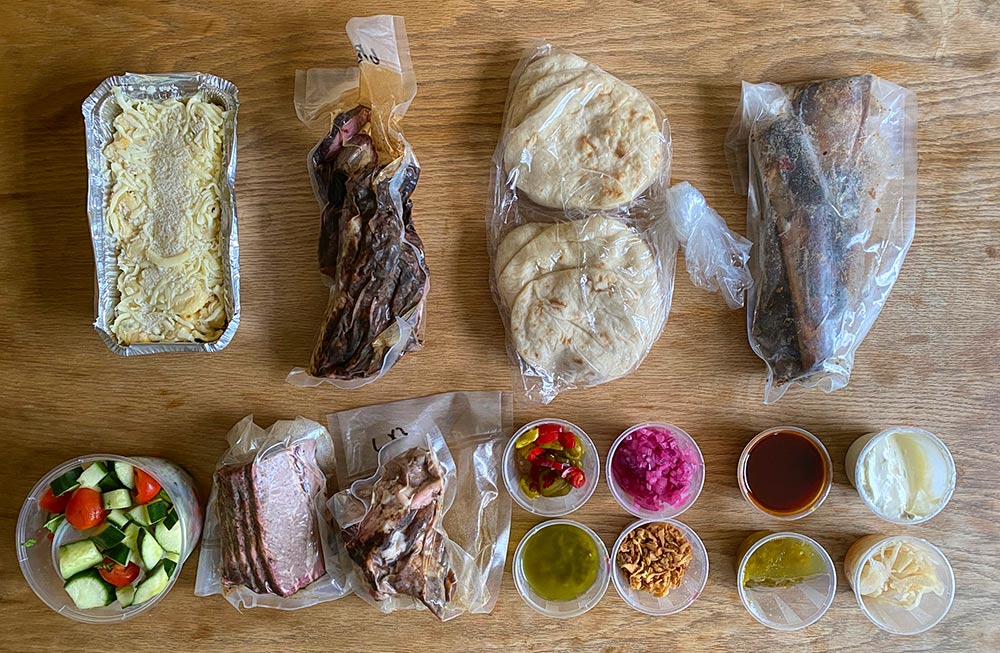 Here's what we got in the box - this lot lasted us a few days.

Where do they deliver to?

Nationwide, so you can enjoy these smoked delights all over the UK. Everything's both vac-packed and sent in a chilled box.

A pretty wide selection - taking in smoked brisket, lamb, ribs and vegan options too. The smoked meats all arrive in vac packs that just need warming up - about 15-20 minutes, with the sealed packs simmered in water. As well as the below, lamb ribs and brisket bun kits are also available. 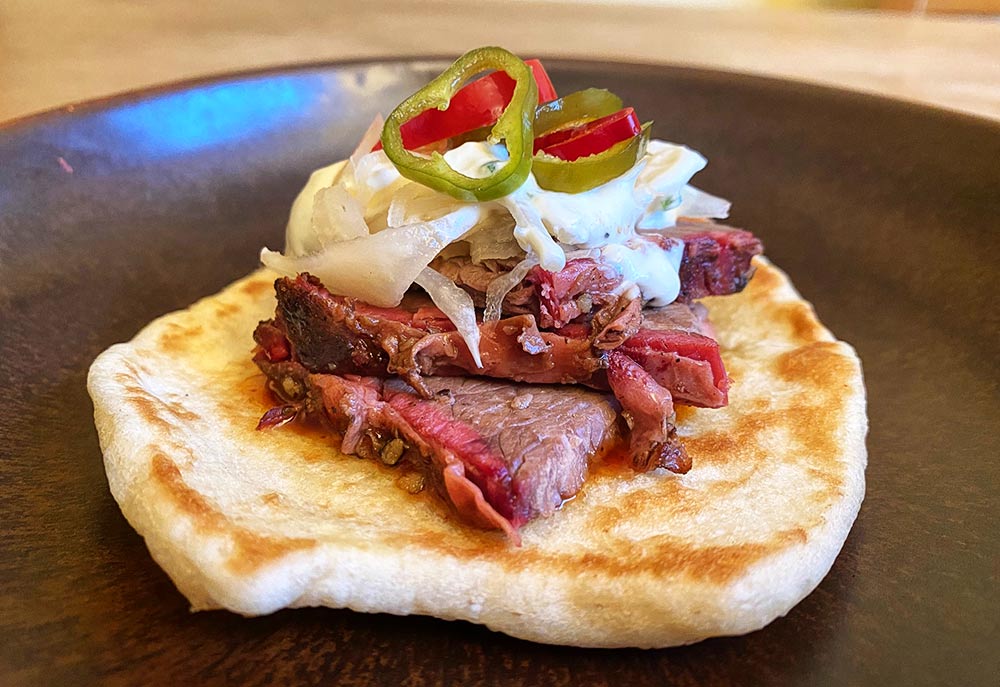 First up are the "nacos" - where naan bread takes the place of the taco. This is the smoked brisket naco - with jalapeno jam, crunchy slaw and sour cream. The naco kits are £35 and that includes both lamb and brisket, all the condiments and the nacos themselves. 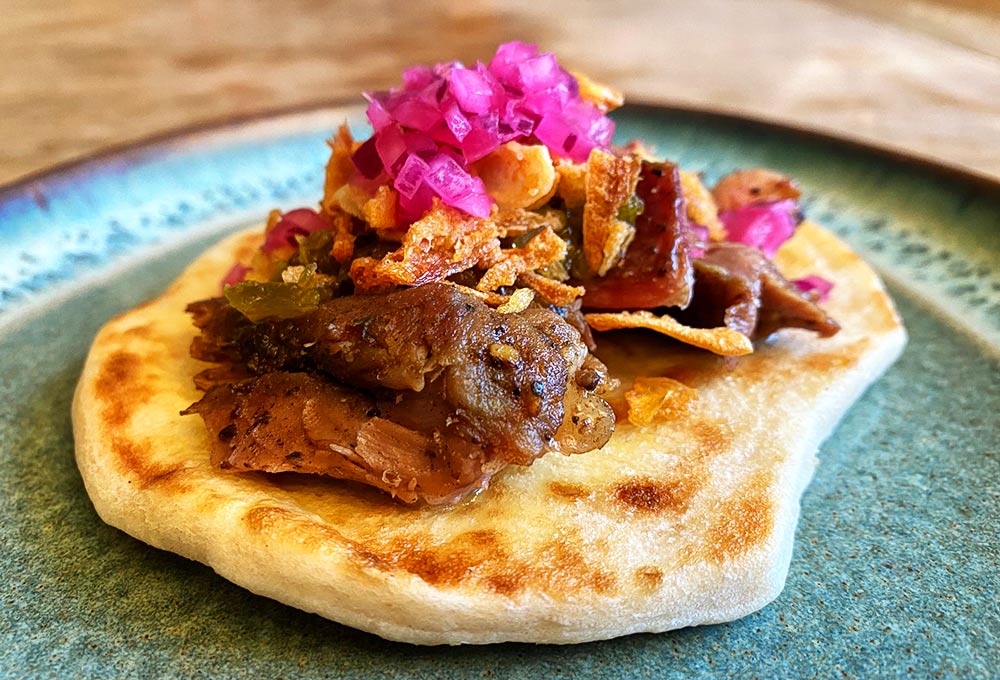 Next up - the smoked lamb naco, topped with Afghan chutney, crispy onion and red onions. There are loads of the nacos themselves too - so much that we had some left over for to use with the smoked ribs. 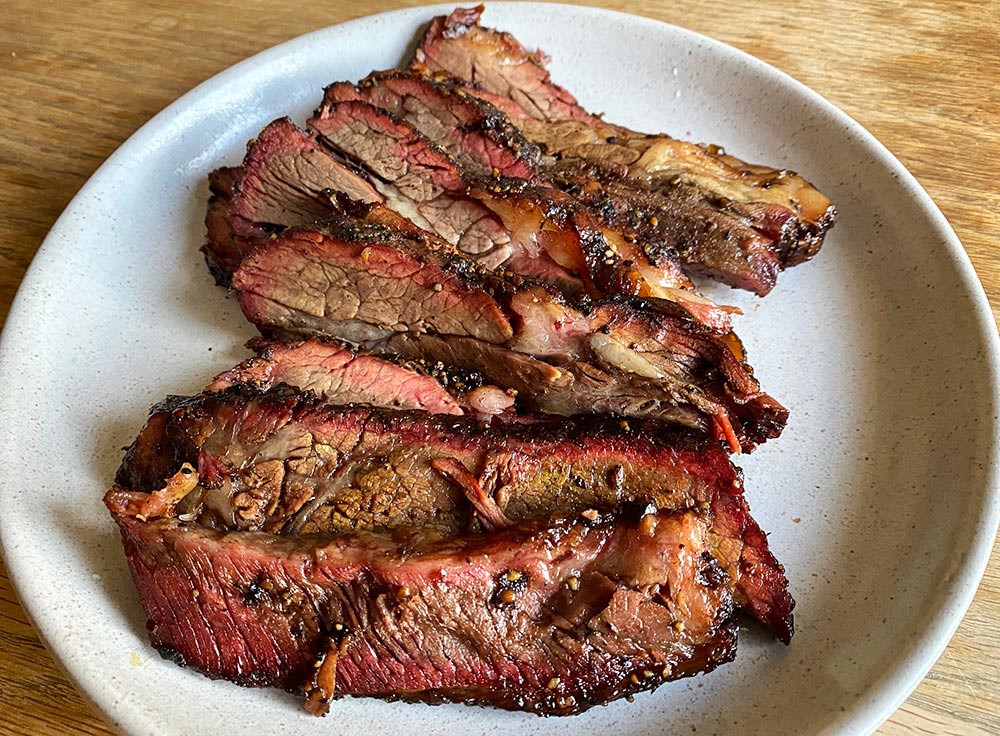 Another look at the smoked beef short ribs. These are pre-sliced before being packed - but you are sent the bones too. The smokey flavour permeates through every inch of these amazing ribs. 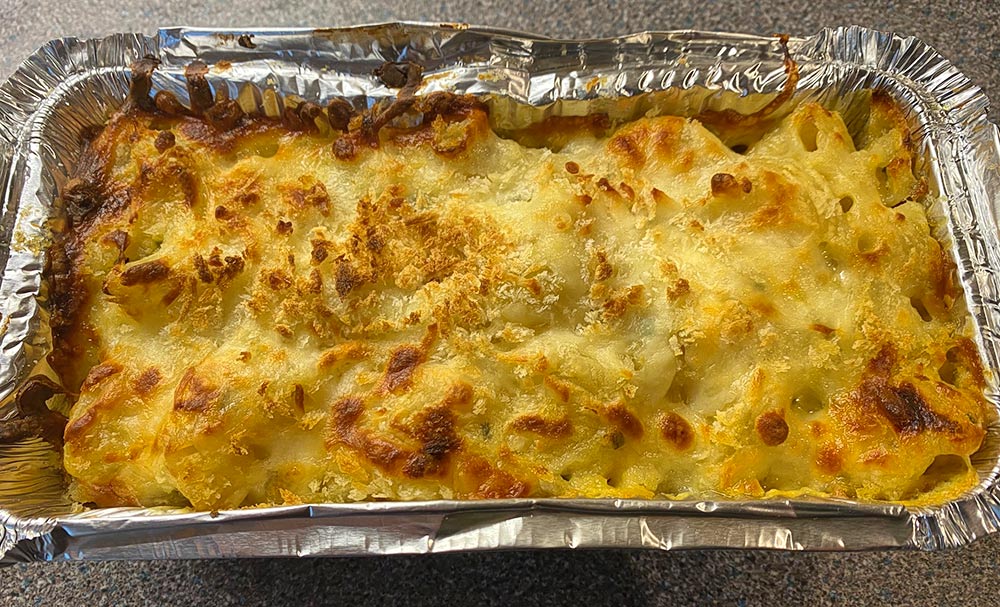 There are sides too  - including this very cheesy mac n cheese (£4-6 for half-pint/pint). Other options include sweet potato mash, potato salad and coleslaw. 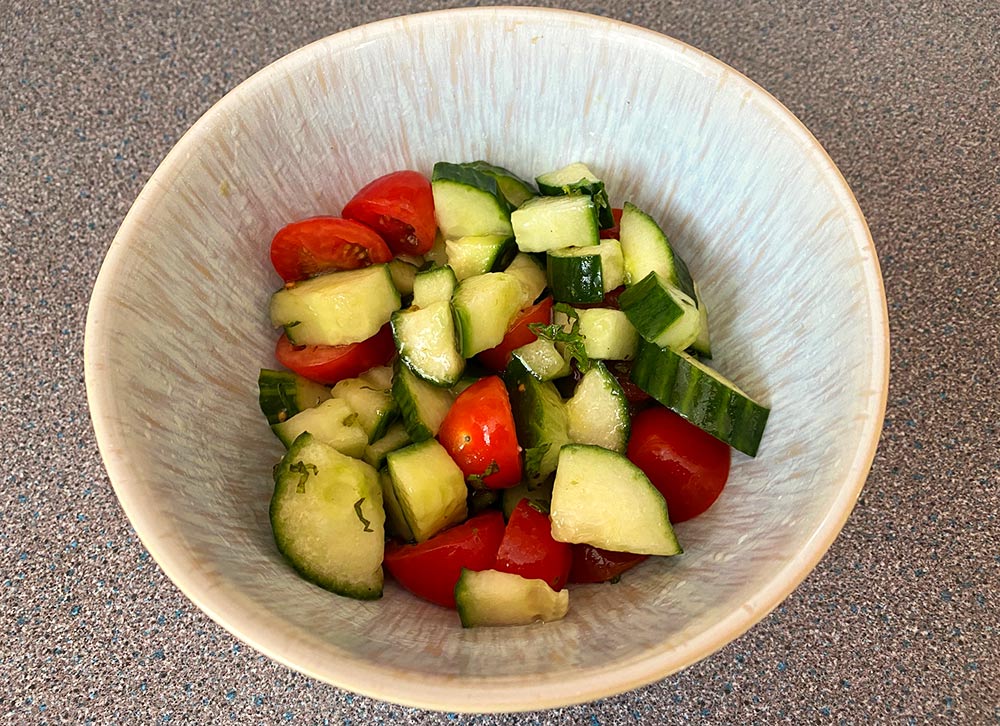 And there are vegan options?

Yes indeed. The vegan nacos substitute the meat for smoked tomato-based Afghan inspired ratatouille and another attraction is the borani kadoo - a traditional Afghan dish with their own twist. That's made of chunks of pumpkin smoked then slowly braised in a combination of onions, garlic, coriander, ginger, turmeric, chilli peppers and served with garlic spiked vegan yoghurt - and is paired with nacos.

This is an easy recommendation. Cue Point i's something that is a little bit different from a traditional BBQ offering. Order a whole lot to chuck on the weekend BBQ and pretend you did all the work yourself. Although it's so good, no one will believe you...

Delivery: Nationwide delivery on Friday or Saturday (or collect in east London on Fridays)

How to order: Via their shop.

Hot Dinners received this delivery courtesy of Cue Point. Prices are correct at the time of writing.