Test Driving Casa and Plaza Pastor - outside or inside at Coal Drops Yard? 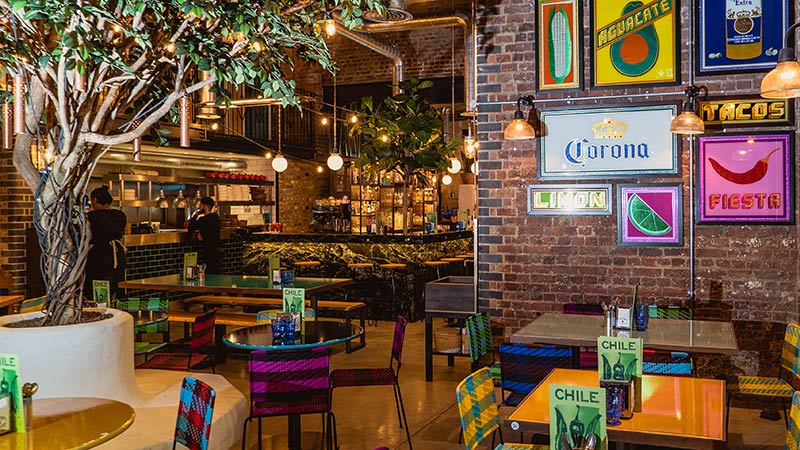 What can you tell us about Casa and Plaza Pastor?

They're the latest Mexican restaurants from the people behind El Pastor and Barrafina, Harts Group. The original El Pastor in Borough Market proved to be a huge hit, helping to sate Londoners' desire for proper Mexican food. This sees them opening up two restaurants in the new Coal Drops Yard restaurant (where they also have The Drop and Barrafina).

So two Mexican restaurants in one space?

Yes and no. Casa Pastor is the main restaurant, in one of the Coal Drops Yard buildings - that's probably the part that's most like the original El Pastor in Borough. Plaza Pastor is the outside space - about the same amount of seating again.

The two restaurants share certain dishes, but each has a unique offering. So Casa Pastor features tacos, tostadas and sharing plates, quesadillas and more (as well as a larger dessert list). Plaza Pastor has the same tacos - but alongside that, tortas (essentially Mexican sandwiches) and the rotisserie chicken are the main events.

It's in the place of the moment, Coal Drops Yard. If you're unfamiliar with the area, check out our preview of what's opened and what's coming up right here. It's a large new re-developed area of restaurants and shops just off Granary Square in King's Cross (about a five-minute walk from King's Cross station). 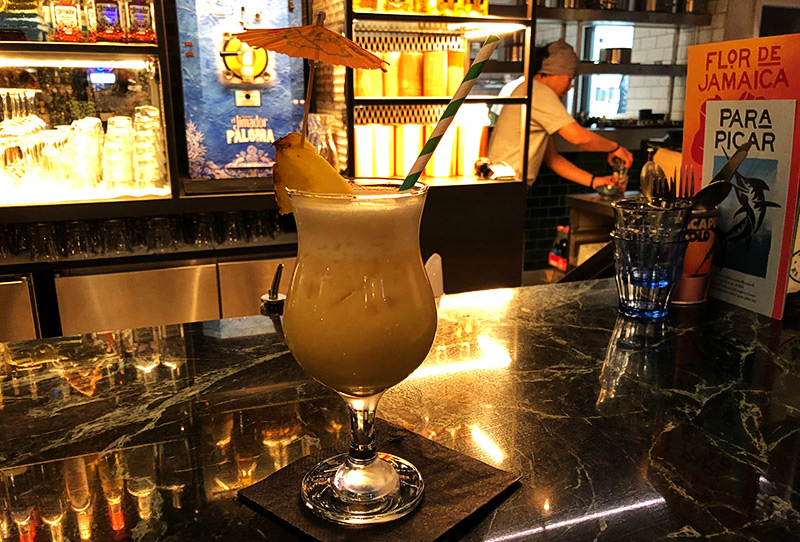 A Pina Colada on the bar at Casa Pastor. Because we LOVE Pina Coladas...

The wealth of options in the area make a decision pretty tricky. There's The Drop next door for wine, or you could pop in for drinks at the nearby Coal Office or head to the nearby Vermuteria for a negroni. And The Lighterman is quite handy too (if a bit heaving at the best of times).

But really, we think that heading to one of the Pastors is probably the best place to kick off your evening. There's a bar in both sections where you can order margaritas (we reckon the bar in Plaza is the place to be). Because, really, that's what you should be doing the minute you sit down. There are loads of margarita choices, from the classic el pastor to the breakfast version with orange marmalade. And they even have a pina colada on the menu (which we couldn't resist ordering).

Most of the cocktails are around the £9 price point and are available in both restaurants.

We visited both restaurants on the one night - slightly concentrating on Casa Pastor, which has a newer offering. Suffice it to say, if you loved El Pastor, you'll find everything you liked about the place right here in Coal Drops Yard. For an idea on the larger plates at Casa Pastor, check out our previous El Pastor Test Drive.

And be sure to order the guacamole with chicharron (mini pork scratchings) as they go VERY well together. 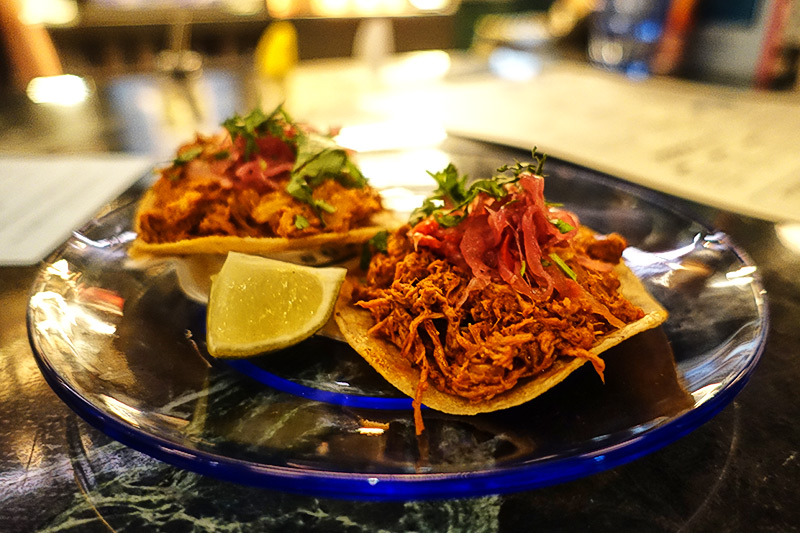 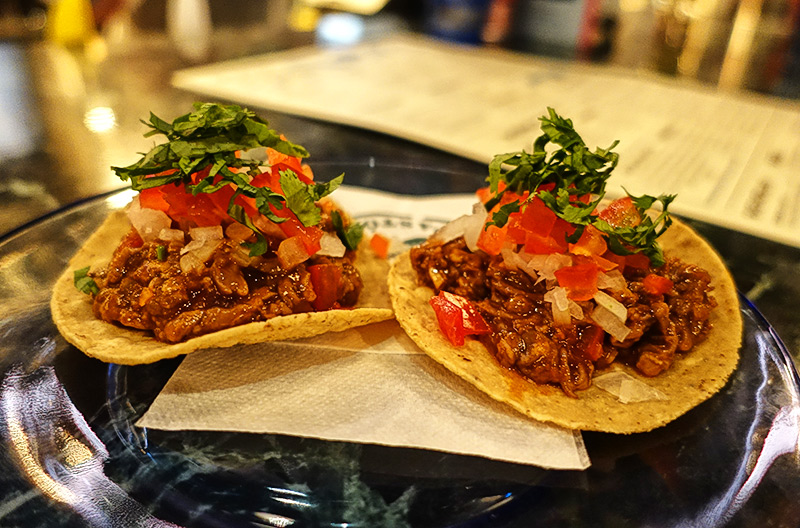 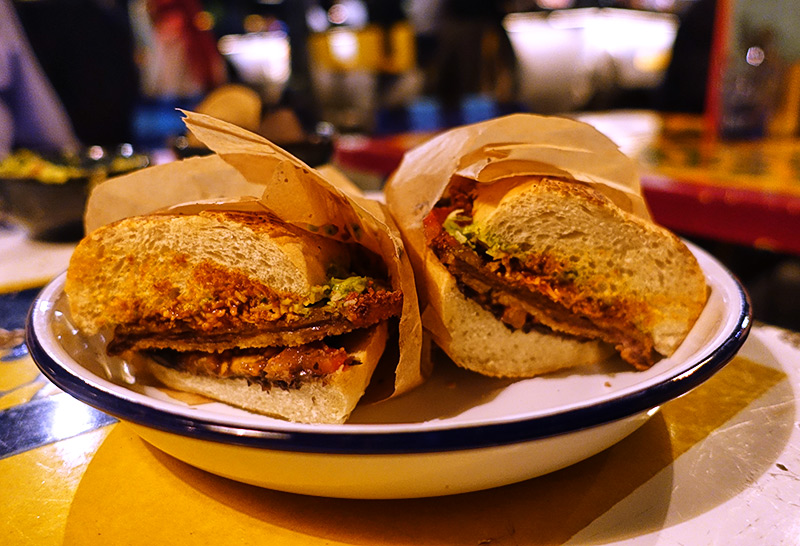 Moving outside to Plaza Pastor, you'll want to start out with a torta first. These buns (and the buns are amazingly soft) are filled with everything from shortrib to sea bass, chicken Milanese and more. We think they'll be a big thing at lunch, particularly. This is the flank Milanese (£8.50) - breaded flank steak, pickled red onion, chipotle en adobo and the option to add melted queso Oxaca. Which we did, of course. 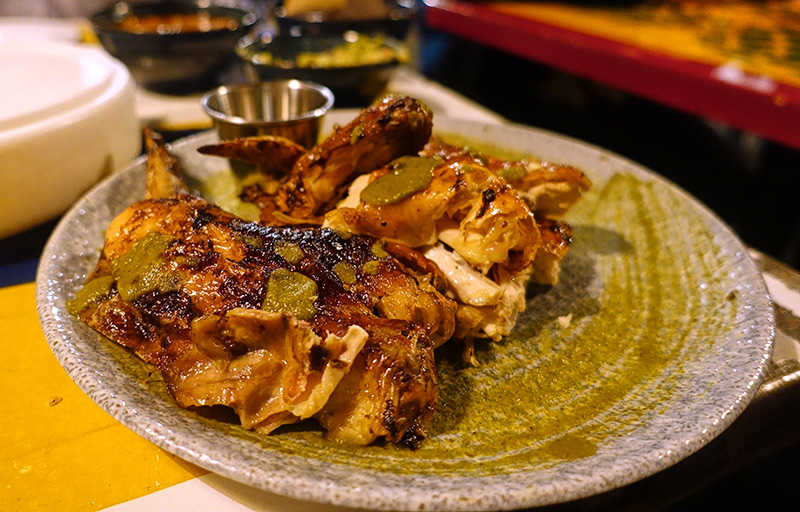 The other big draw outside is the rotisserie chicken (and we're going to apologise for our photo here, it's not the best). The chicken is available as a half which this is (£13) or whole (£25.50). You can have rojo or as we did verde marinade (coriander, citrus, oregano). These come with chicken fat confit onions and tortillas on the side. Half is fine for two if you're intending to work your way through the tortas and tacos. 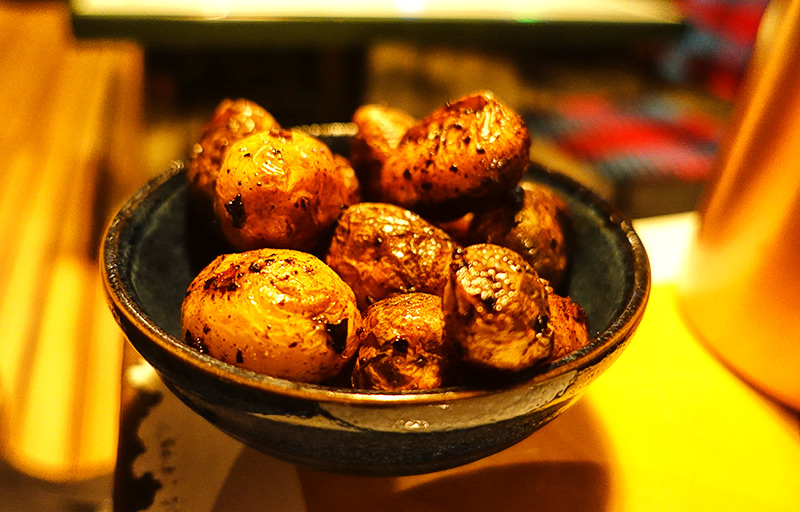 A side for the chicken above - papas estilo zamora (£5.50). These are new potatoes roasted in salsa macha (pasilla-guajillo chilli-sesame). You'll want these.

While there are more options inside, outside in Casa Pastor, the sole options are churros, filled with dark chocolate or dulce de leche (£6.50). They sound amazing, but weren't available on the night we visited. Bah.

We think Casa and Plaza Pastor will be the making of Coal Drops Yard. Expect this to start getting as popular as Dishoom around the corner in Granary Square. And with no-one living anywhere near the restaurant, they can afford to make things loud in the outside plaza (where they're planning live music too). Good Mexican food, great vibes and all the margaritas you can handle. Yes, this one will do rather well.

Hot Dinners were invited to Casa Pastor. Prices are correct at the time of writing.

More about Casa and Plaza Pastor