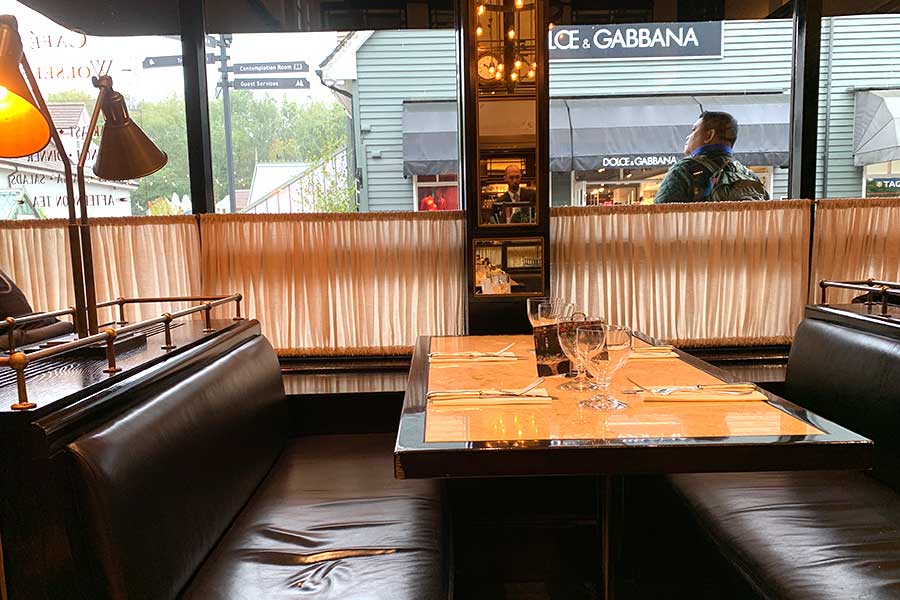 So what do we need to know about The Wolseley Cafe?

For starters, it's the first place to be opened by eminent restaurateurs Chris Corbin and Jeremy King outside the Big Smoke. The all-day space comprises a grand café-restaurant, takeaway counter and a shop.

You'll find it at the halfway point of Bicester Village - the high-end designer outlet shopping centre in Oxfordshire - opposite Dolce & Gabbana. Getting there is a cinch - just take the train from Marylebone direct to the village itself. It's about a 40-50 minute train journey if you get the fast train.

And why would a Londoner want to come all the way out here exactly?

Well, if you're after a designer bargain, particularly in the run-up to Christmas, then this is the place for you, with outlet stores from international names like Coach, Gucci and Balenciaga to more homegrown talents like Alexander McQueen, Bamford and Smythson.

When you're exhausted from all that splashing of cash, you'll be wanting somewhere to crash. Back when it was just fields and supermarkets around here, the only option was Pret. Now you have Soho Farmhouse, Shan Shui (from the Rasa Sayang group) and this iteration of The Wolseley.

What's the difference between this and the one in town?

Let's start with the fact that the Piccadilly version occupies a Grade II listed building and this one is purpose-built. That said, they've created a very clever pastiche of the original, bringing a little Viennese glamour to this high-end shopping mall. The main dining room is lovely and airy and ideally, you'll be wanting one of the booths that look out over the street so you can sip champagne whilst pitying the poor shoppers who didn't think to book ahead. 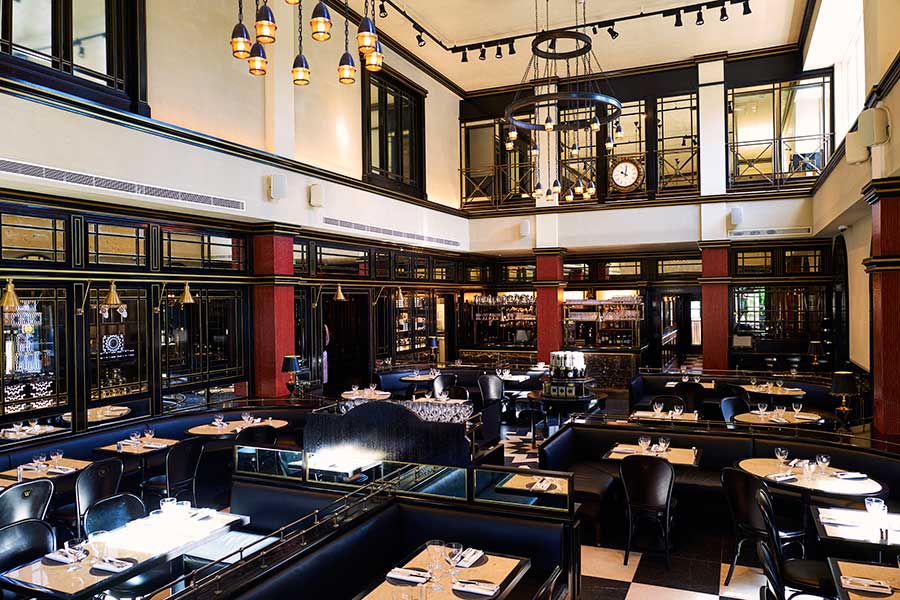 They really have done a good job of transferring the elegance of the Piccadilly dining room to Oxfordshire.

I need to book?

Yes, definitely. It was tipping down in Bicester the day we visited and the queue for Cafe Wolseley was 20 deep so we were very pleased to know we had a table and could skip the line of soggy shoppers.

Obviously the menu here largely reflects that of the original restaurant, but there are a few differences - namely that this one has a selection of pasta and pizza dishes, presumably to reflect the large family market here. 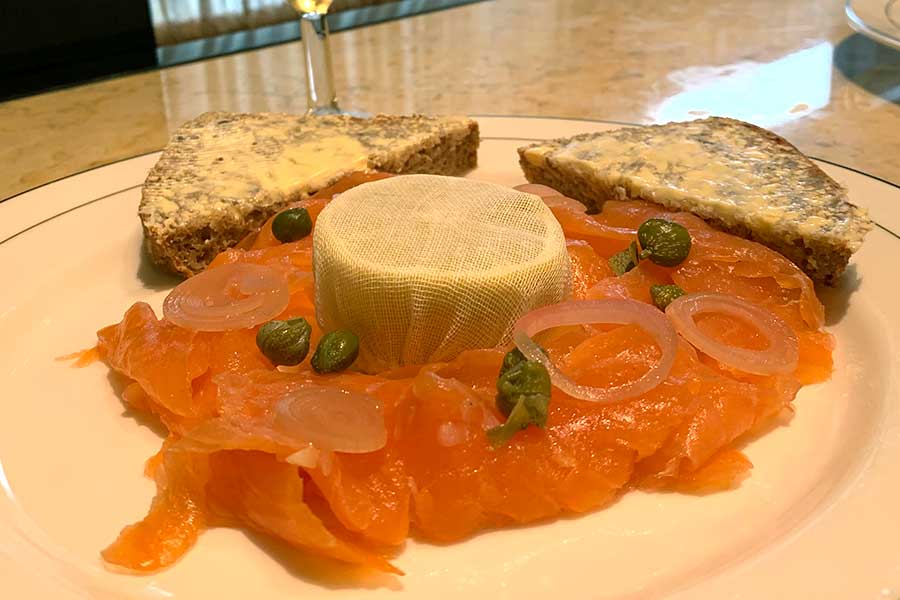 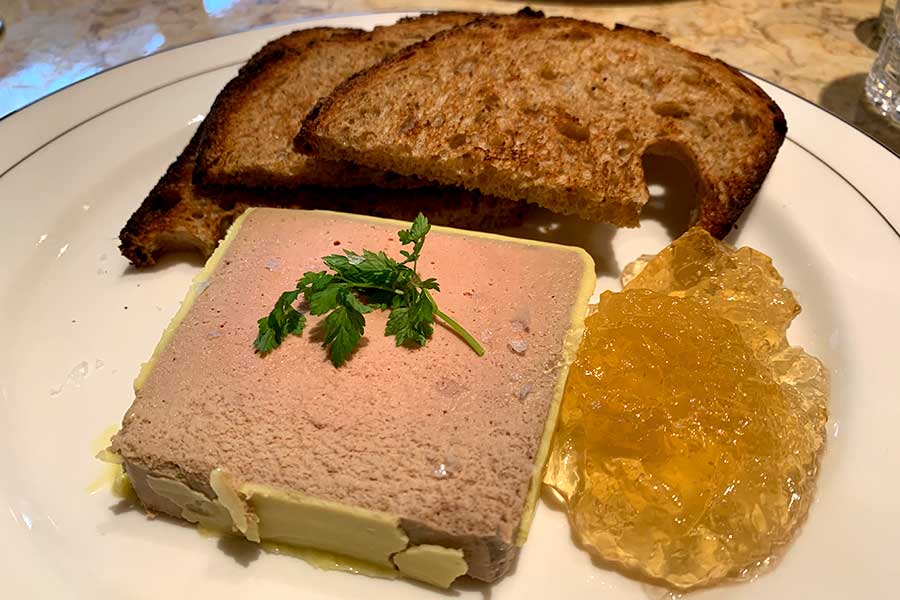 Chicken liver parfait with Sauternes jelly (£9.75) - maybe not as beautifully presented as it was when we last had it at Soutine in St John's Wood, but then the dish is almost £2 cheaper here and it still tastes as good as ever. 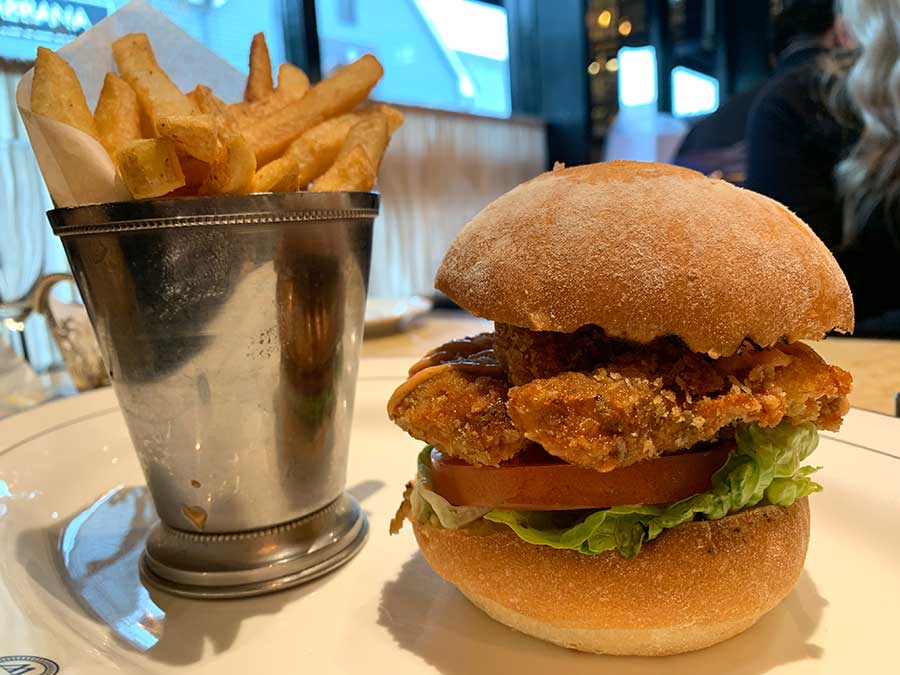 Buttermilk fried chicken burger with chips (£16.50) - also exclusive to the menu here is this very good chicken burger. To be honest, we probably would have had the schnitzel had it been on the menu, but this was a more than decent alternative. 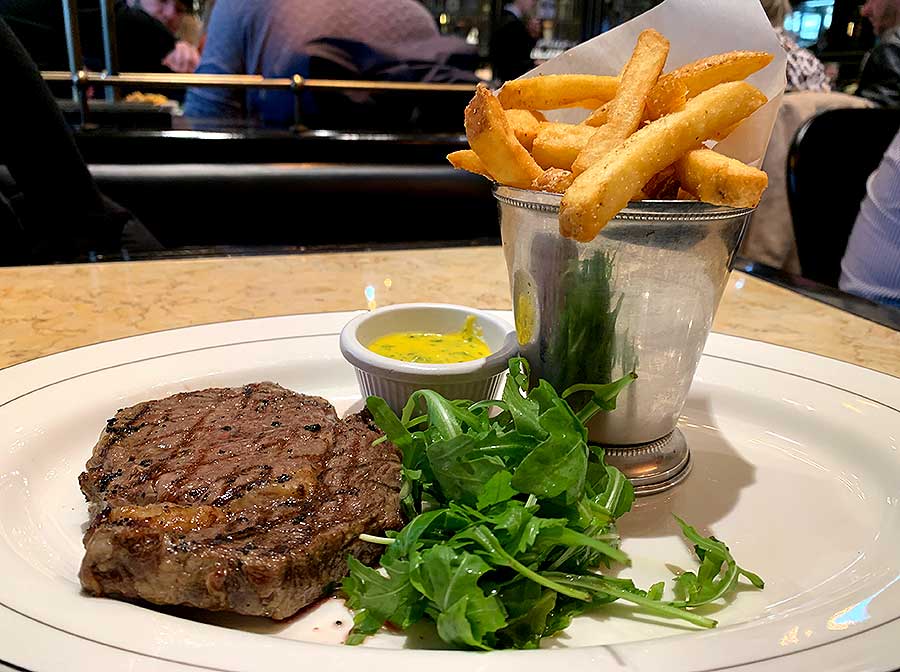 Ribeye steak with chips and bearnaise sauce (£28) - cooked just as we liked it, although this maybe could have done with a little more charring.

As you might expect from a family-focused establishment there's plenty in the way of booze-free options, including some rather good non-alcoholic cocktails. But the wine list is there too if you want to toast the purchase of your new Balmain cape with a glass of Pommery (£9.75) and it's all pretty decently priced, given the captive market.

Obviously, a trip to Bicester Village is only really going to be of interest to those who love a bargain - but we are firmly of that demographic and very much enjoyed having Cafe Wolseley on hand as a place to recover from our retail splurge.