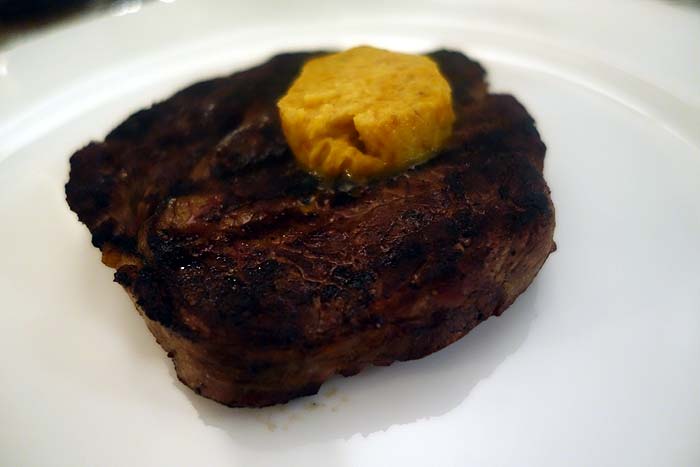 What can you tell us about Hawksmoor Knightsbridge?

If you're a Hawksmoor fan, then there's frankly not much new we can tell you about the basics (although this does bring a few new things to the table).

But if you've somehow managed to miss out on the previous four openings - Hawksmoor is at-heart a steakhouse. But over the years they've added more and more to the mix so they're also a go-to pace for a cracklingly strong cocktail (we love the Full-Fat Old Fashioned - it's one of our favourites in town). More recently they've started to focus on fish a lot more (joining up with Mitch Tonks for Air Street) and they can always be relied on for a pretty special dessert or two.

Where is their latest place?

They've taken over the building from Frankie's - the former Marco Pierre White/Frankie Dettori restaurant. So this is a very positive thing for those living in the area.

It's another subterranean affair for the group and size-wise is closer to Spitalfields/Seven Dials than the behemoth that is Air Street. It's just past Harrod's, so leave at that exit on the Piccadilly line if you're coming here by tube.

There's a (smallish) bar at Hawksmoor, of course, and you can never go wrong with a Hawksmoor Old Fashioned. Alternatively there are loads of places for a quick pre-dinner drink just down the road in Harrods. And the Enterprise on Walton Street's always a fairly solid bet.

We have to be honest - we're not as familiar with the area as we should be. So if you know of the must-visit pre/post drinks pub or bar around the corner, let us know in the comments below.

Larger groups have the option of banquettes on the left and right walls (as you enter the restaurant) but we think the best place is to the right of the central dividing line.

Obviously order the steak - that goes without saying. We both had the rib-eye (£30), cooked perfectly to order - so all's good in that area.

But aside from that, we paid particular attention to the new items on the menu. The things we particularly liked were:

For dessert - their big new addition is the "Ferrero Rocher" a homage to the chocolate served at only the best ambassador's parties. However at Hot Dinners we're just not massive nut fans, so we passed on this. The Champagne & strawberry jelly with clotted cream ice cream (£7) that we had instead was a much lighter end to the meal and is a good idea if you've gone all-out on the menu before this point.

It would be mad not to end with the rolos (£4.50 for three) - with passion fruit and bourbon and pecan added to the mix. Both very good in their own right, but the salted caramel version is still the king.

Obviously try a cocktail or two if you have the chance, but we think that the wine list is pretty good value for the area, starting at £22 a bottle and with around eight reds and whites below the £35 mark. Of course you may want to go in the other direction - in which case you'll be pleased to know that there's a Château Petrus 1982  for £6,200 on the list too.

As usual Hawksmoor doesn't disappoint. Our steaks were good and we were impressed by the new dishes on the menu too. We would like to see them bringing a little more of the vibe of the previous Hawksmoors to the West too and - to be blunt - a better playlist in the bar/ entrance will help with that. But if you're in Knightsbridge and are after a good steak and cocktails- right now this is the place to go. 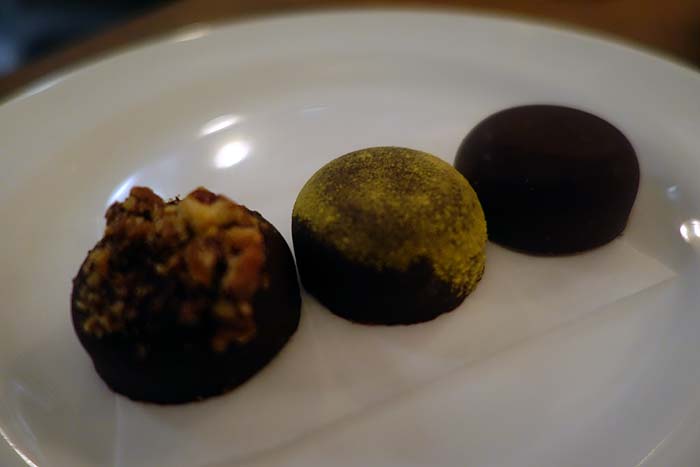 Hot Dinners were invited to Hawksmoor Knightsbridge. Prices were correct at the time of writing.