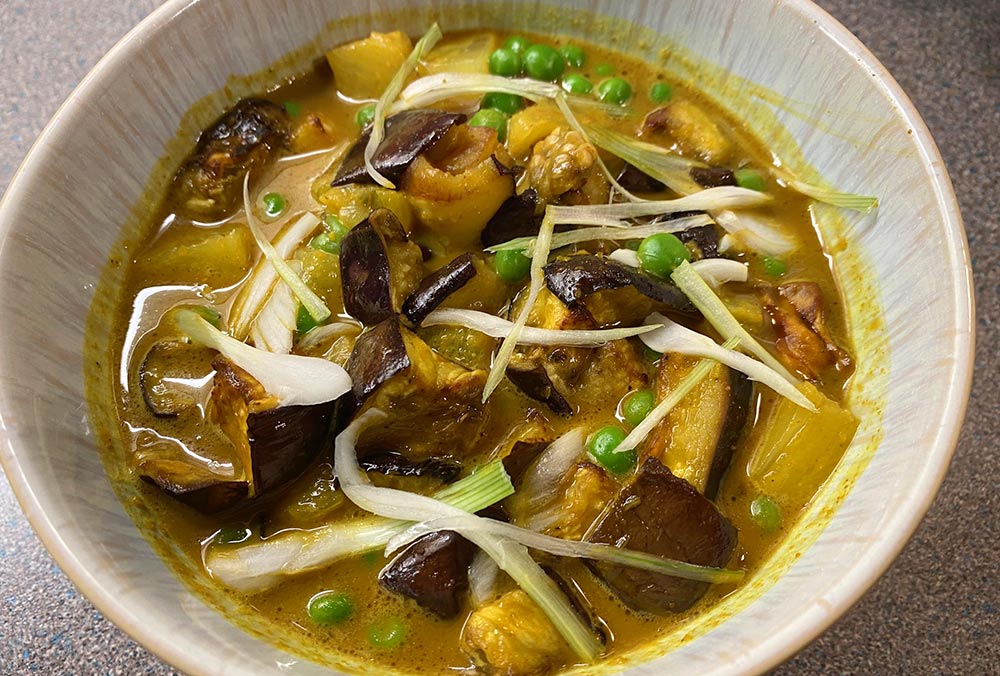 What can you tell us about Bong Bong's Manila Kanteen?

Originally BBQ Dreamz, it's a team-up between Lee Johnson and Sinead Campbell, who happened to win an episode of Million Pound Menu on the BBC. They decided to go their own way, opening Bong Bong's in Hackney in late 2019. As the restaurant name gives away, they're concentrating on Filipino food there. We visited in January and you can see out Test Drive here.

And this is their delivery option?

It is indeed. The restaurant remains closed right now, but they've teamed up with fledgling company Dishpatch for the month of August.

They're new to the meal-kit delivery service game in the UK and have a monthly changing selection of restaurants. At the moment, there's Andrew Edmunds, Zoe's Ghana Kitchen, Tacos Padre and Farokh Talati's Parsi Pulao feast - alongside Bong Bong's offering. Each menu is in meal-kit form, so much of the prep work is completed - you're mainly warming it all up and pulling it all together.

So what's in the Bong Bong delivery?

We, rather foolishly, forgot to take our usual pic of the box contents, but luckily Bong Bong themselves took a shot:

As you can see, everything is numbered, which is extremely handy - the kits that rely on colours alone to identify what's what aren't very accessible - particularly to this writer who has mild red/green colour blindness (one of the Dishpatch team is a web designer, so we're going to assume they know all about that).

Alongside the contents, there's a small booklet that tells you how to cook everything. Another positive note here - the colour booklet has a photo of the feast on the front page, so that you know what you're aiming towards. This is extremely helpful and we'd like to see more of this (or Instagram posts of the final dishes would be just as useful).

So what's in the Bong Bong feast?

It's The Kamayan Feast that they normally dish out in the restaurant on Sundays. Here's what's in the pack (which feeds two, easily): 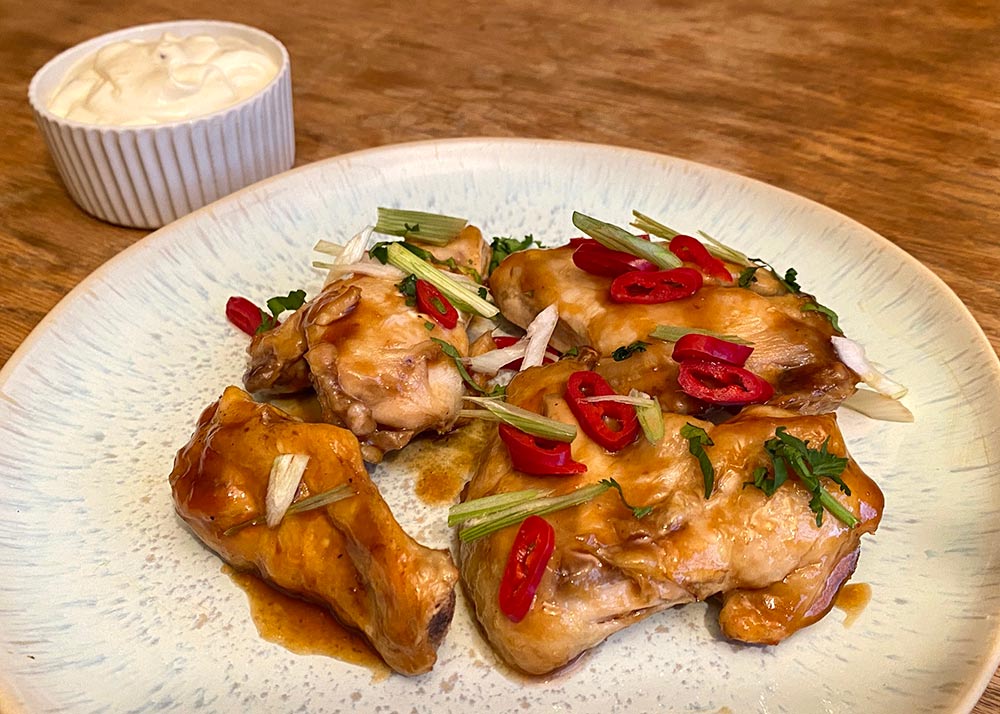 We'd had these adobo glazed chicken wings when we visited Bong Bong's in Hackney, and we proclaimed them "hands down some of the very best chicken wings we've had in London". After making them in our own home, we'll double-down on that statement - that glaze is phenomenal. The lime aioli that comes with this is another winner. 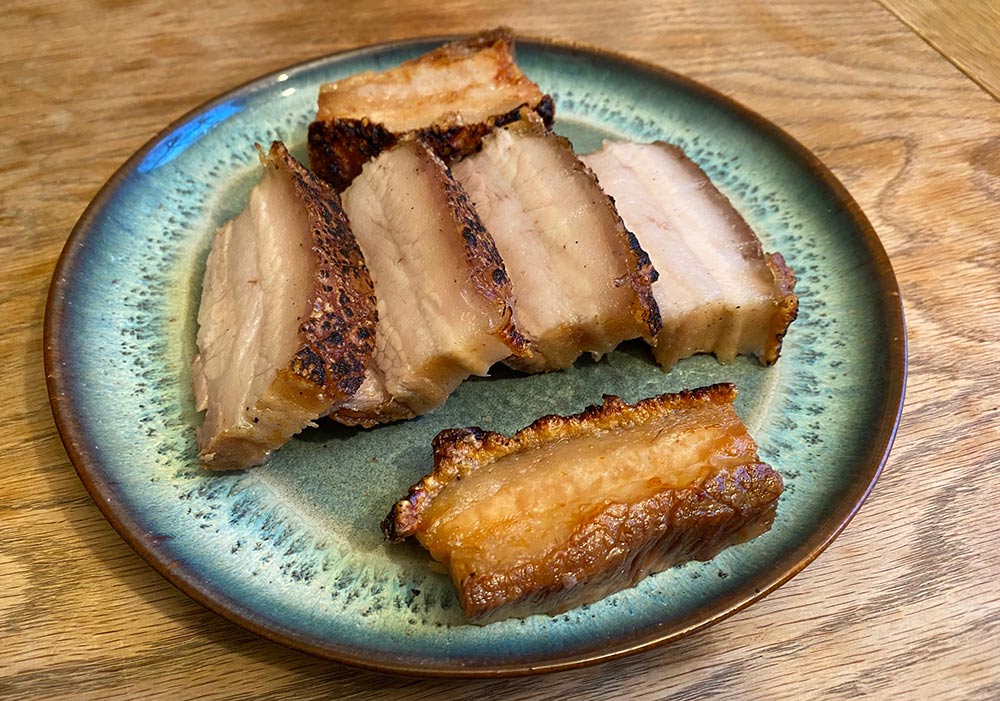 The Lechon Kawali - crispy pork belly. We'll be honest, this needed a little finishing off under the grill to get that crackling sorted. Still great though - and comes with Mang Tomas all-purpose sauce and Spicy Sarsawan dipping vinegar. 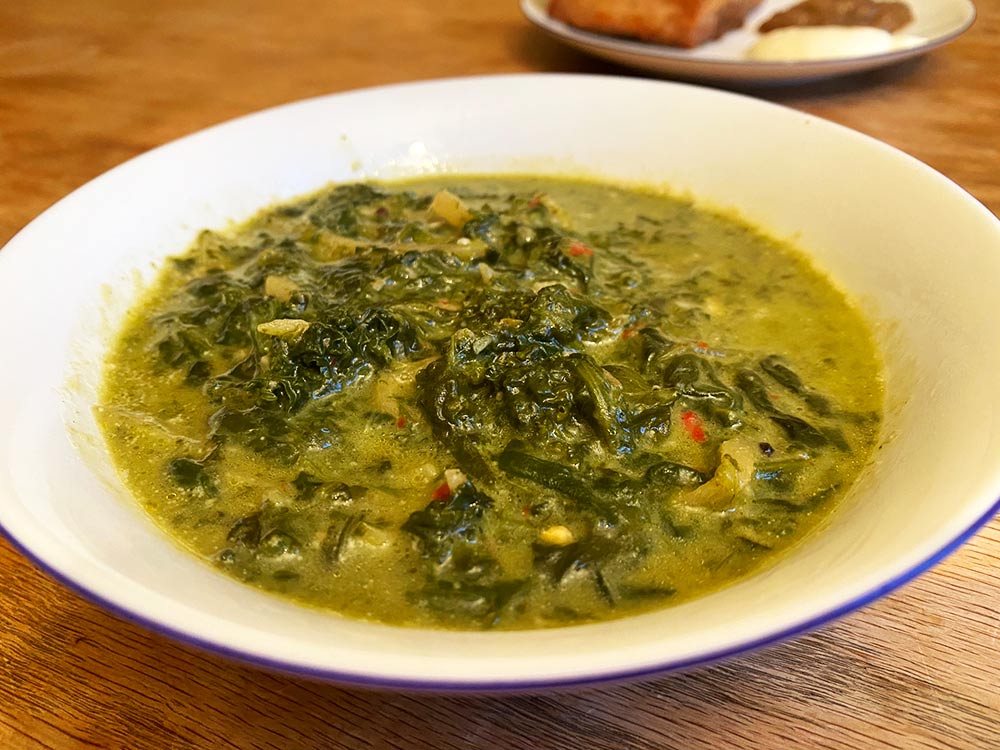 Spinach and Kale Laing - almost your whole 5-a day right there. 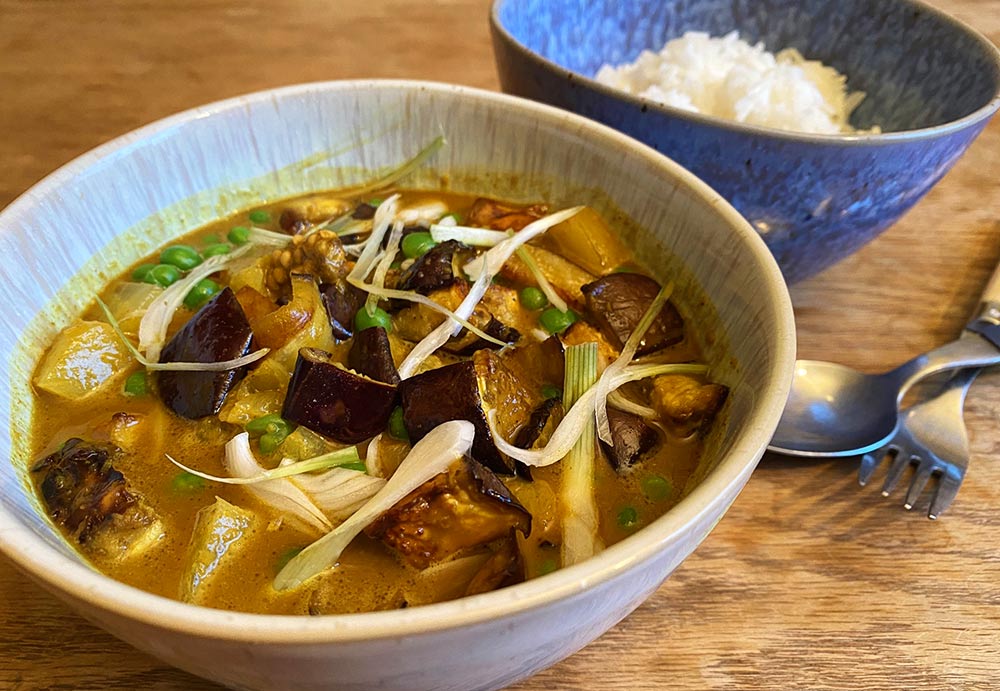 Another dish we loved from the restaurant - the Aubergine Kare Kare. Roasted aubergine in a satay sauce, with peas, peanuts and pineapple (with sticky jasmine rice served on the side). Still brilliant and could almost turn us vegetarian.

There's also the pickled papaya atchara slaw - but we forgot to take a pic of that one...

It's all very easy to put together, all you need are the pans for the rice and sauces, and an oven to roast the aubergine, pork and chicken wings. We spread out the cooking of the above but we think it'd be quite straightforward to have it all on the table at the same time. It is an excellent feast, easily matching the quality of the restaurant itself and as such, comes highly recommended. It's quite popular though - so get your order in quick for their last delivery this month.

And what's next from Dishpatch?

Menus are updated every month - so keep an eye out for new additions all the time.

When does it this menu run until? End August

How to order: On the Dishpatch website - the feast is £55. Order by Wednesday for Friday delivery.

Hot Dinners received this kit complimentary from Dishpatch. Prices are correct at the time of writing.