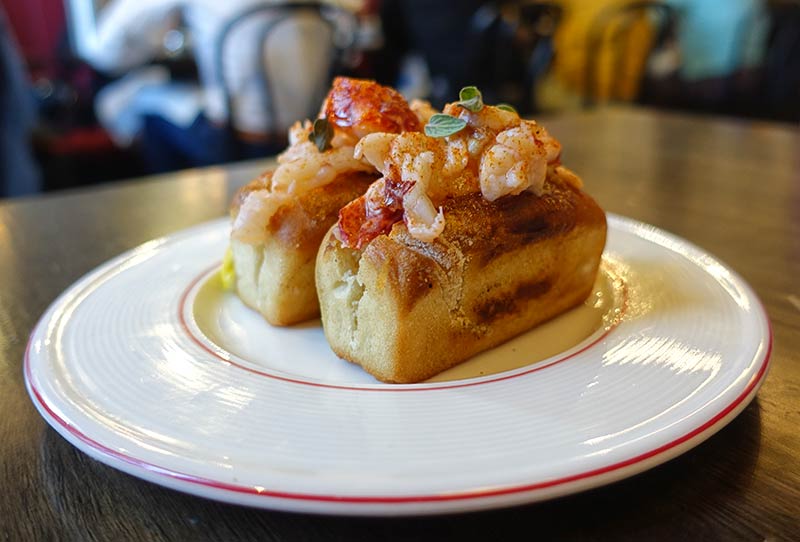 What can you tell us about BOB's Lobster?

BOB's have trod a path that's becoming a familiar one - the route of street food vendor to permanent restaurant. You might have seen them popping up across the various Street Feast locations, and in some cases standing out because of their very distinctive red and white classic VW van.

In their street food incarnation, they were best known for their signature dish - the lobster roll, one of London's finest. Now they've set up permanent shop in London Bridge, and a lot more has been added to the menu.

They're a part of pretty extensive development that has been responsible for changing the landscape around London Bridge station. New bars and restaurants are popping up there all the time - and there still more development to complete yet - so look out for more announcements. BOB's are on the south side of the station - so head towards the Shard, pass by the entrance to the hotel there and you'll see BOB's occupying one of the new arches that have been opened out.

You'll know you're in the right place when you see their distinctive van parked right inside, now cleverly being re-used as their raw bar counter. 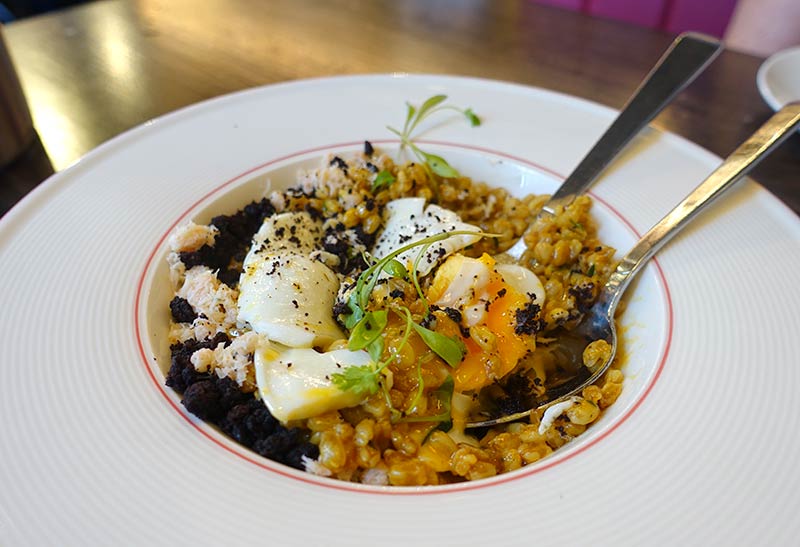 The crab kedgeree, with brown and white crab meat and curried spelt. After a good mixing, of course.

What if I fancy a drink before (or after)?

There's a lot more to choose from now, but three nearby bars are well worth recommending. On our visit, we also made our first visit to Nine Lives, a nearby subterranean bar that's probably the best cocktail bar in the area. Alternatively, just up the road, there's Santo Remedio - head to the bar upstairs for a really good margarita. And finally, a few minutes round the corner from BOB' is Londrino - head to the wine bar there if that's what you fancy.

We rather liked the table by the window, and there's a section with stools on the way in if you're just popping in for a glass of wine and a lobster roll fix. 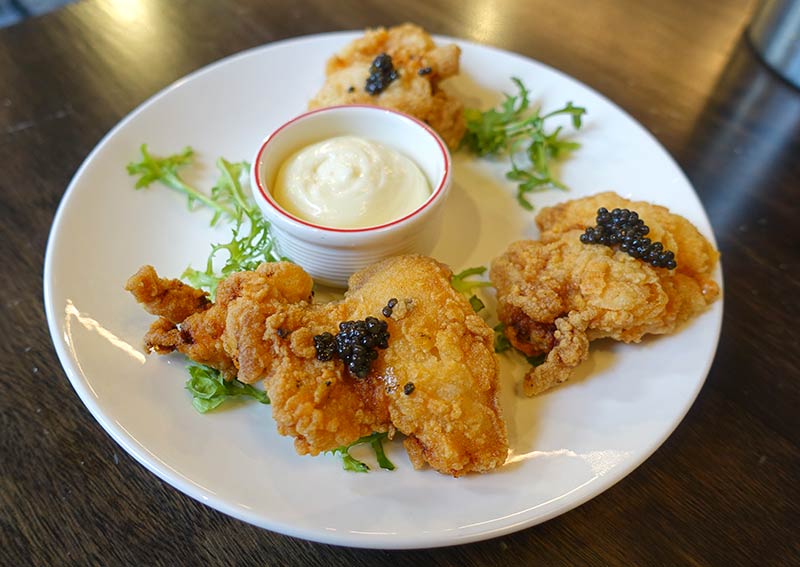 And the lobster roll is on the menu?

Yes and no. For lunch and brunch, the main full-size lobster roll is available. At dinner, to make sure you have room to roam the rest of the menu, the rolls are cut down to bite-size versions. They're still as good as ever, using brioche that's baked in-house, and do indeed fit the bill of letting you try more from the menu.

The only thing is - it was the only lobster dish on the menu when we visited and we reckon we could have handled some more. The lobster mac n cheese (that's on the brunch/lunch menu) had been considered too heavy for the evening meal, but we really think it could go back on alongside the mini rolls.

First off, grab the whipped cod's roe (£5) as your snacking food while you consider the rest of the menu. It's a small plates affair so, as usual, we recommend ordering just a few dishes at a time to avoid being overwhelmed.

One of the top dishes - which we also fell in love with at Street Feast - are their ahi tuna tacos (with wasabi guac, chipotle crema, sesame and crispy wonton shell - £9 for three, and if there's two of you, you can order an extra one to avoid arguments on who gets the last one).

Our favourite dish of the night was the excellent crab kedgeree made with curried spelt (£13), with the mix of the brown and white meat really cutting through the dish. Absolutely one to have.

And in what really seems to be becoming a think on London restaurant menus, there's the fried chicken with caviar (£10), elevated thanks to some very light tempura batter coating on the chicken. 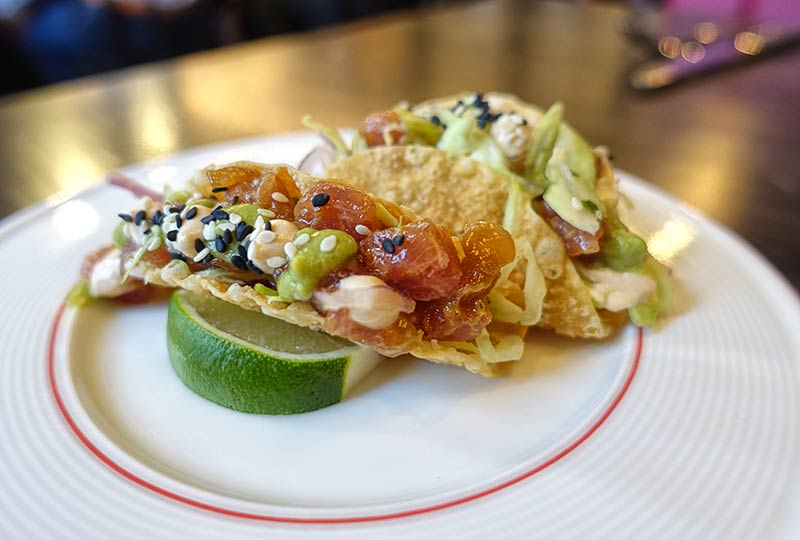 How about the choices for vegetarians?

Obviously, seafood is the biggest draw here, and the menu is all geared around that. But there is the Iceberg Wedge salad (with sesame and turmeric cream, tasted seeds, crispy shallots and nori - £5.50) or the Goat CHeese and Chicory (with caramelised pumpkin seeds, spring onions, semi-dried cherry tomatoes, honey mustard dressing - £7).

BOB's permanent location is being billed as a "wine bar and kitchen" so expect a wine list that's a cut above the norm. And they're part of the same group as Bedales of Borough - with the new restaurant being billed as somewhere where they can really match the food and wine sides of the business.

So yes, the list is impressive, with plenty of opportunities to fond a surprising gem or two on there (when we visited, they were part of the 31 Days of Reisling event too). Prices start at £25 a bottle (which includes two Proseccos at that price too). We opted for a 2017 Basque Txakoli from Hiruzta Txakoli on our visit (£37). 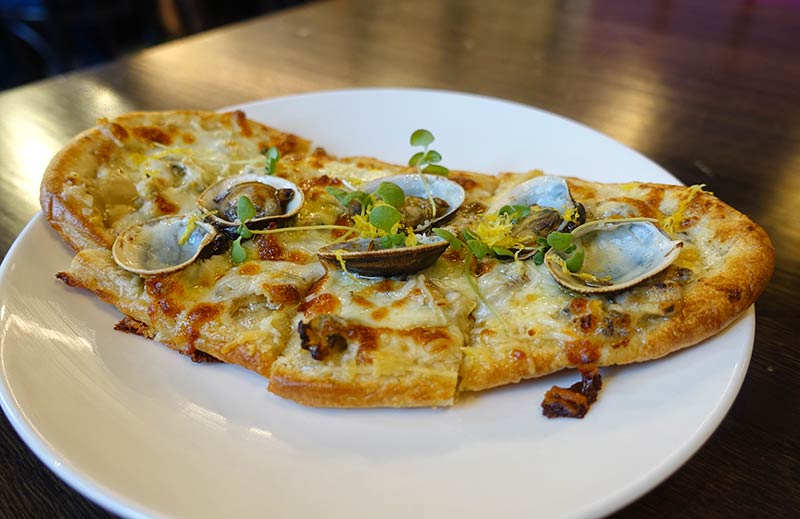 BOBs have come far since their street food days, and if you've been craving their lobster rolls, this is a perfect spot to pair them with a choice bottle of wine. London Bridge continues to grow and become a more varied destination for dining out, and BOB's is another promising addition.