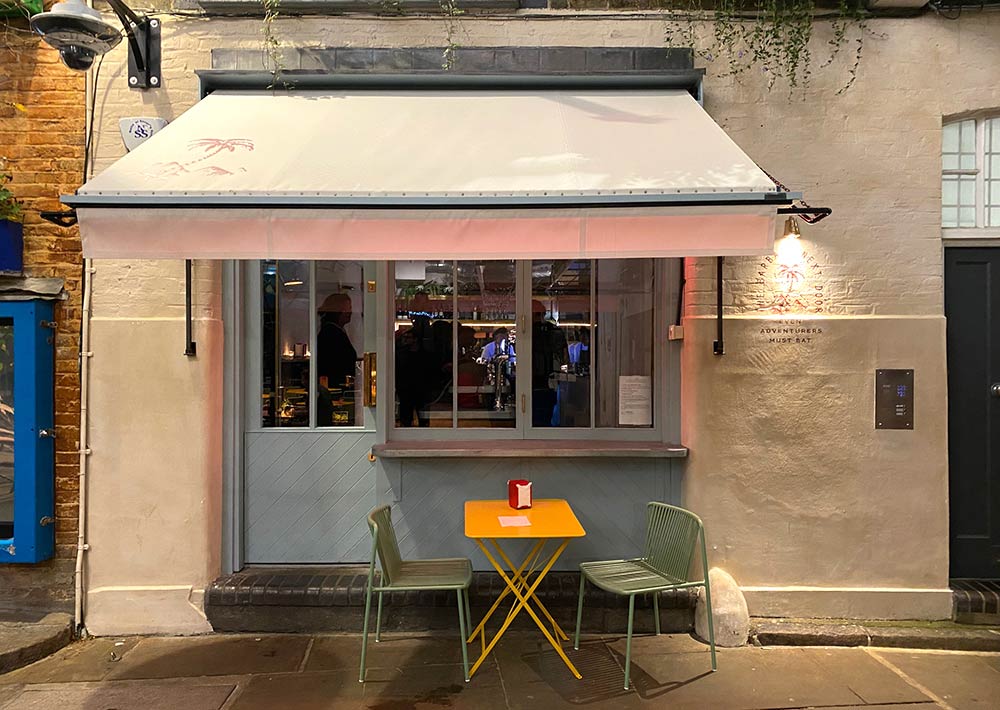 What can you tell us about The Barbary Next Door?

It really is a "does what it says on the tin" restaurant in that it's a mini version of The Barbary, right next door to the original. The Barbary, from the same people as The Palomar, has been one of our favourite restaurants since it opened. This new offshoot has taken over what was their cafe, Jacob The Angel, and has had a major overhaul in the process.

So what's changed from before?

Almost everything. The original layout has been replaced by a long counter from the front to the back of the restaurant - so it really is a mini Barbary - all counter dining. It's what the owners do best, and as such is a great fit for the space, more so than the cafe was, in fairness.

It's a small space but that again really acts in its favour - the busy, bustling nature of it makes it feel like a European cafe, like being abroad without ever leaving London.

If you haven't been to The Barbary before, you'll find it in Neal's Yard, just off Short's Gardens and close to Seven Dials. It's about a five minute walk from Covent Garden Station.

If you have been to the Barbary - well, it's right next door to that. 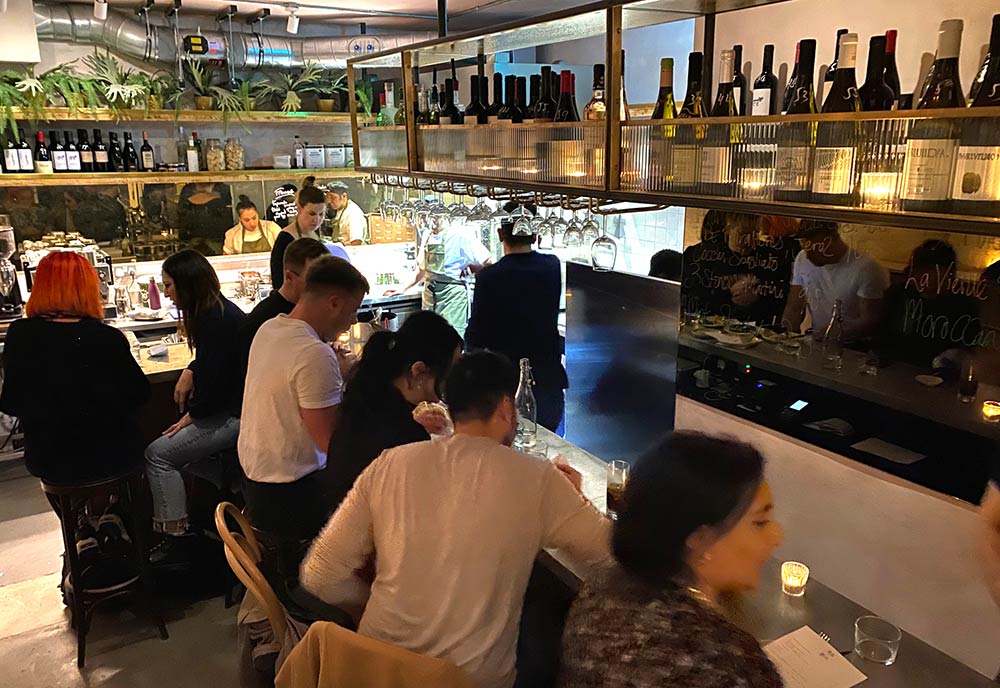 The new-look bar area (and almost the entire restaurant) - it's a huge change from what was there before. The best shot we could grab on the night but... 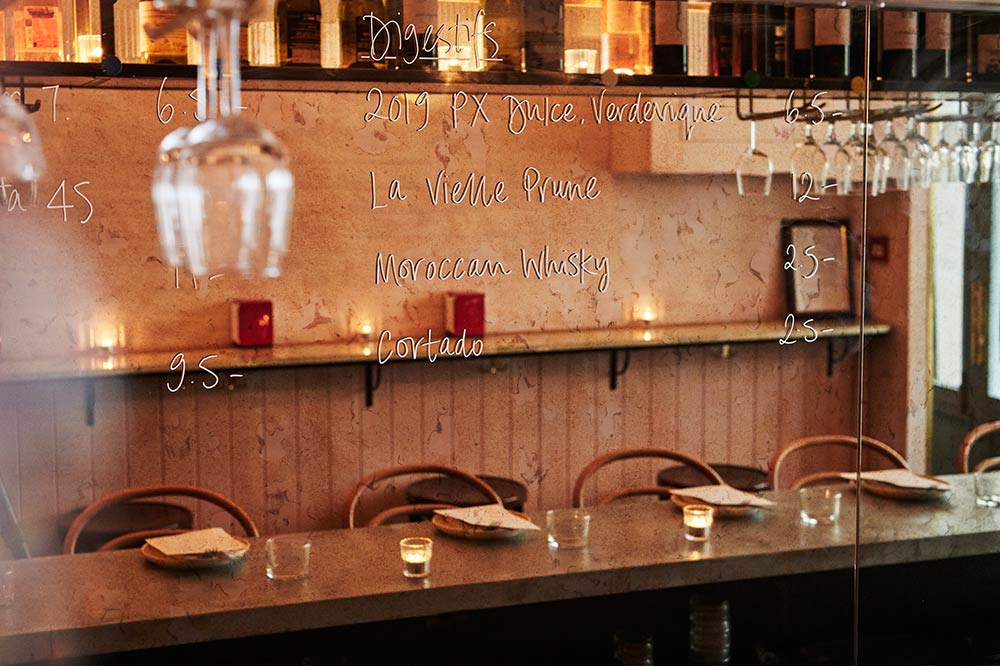 Here's another look at the bar, from a proper professional photographer (Susan Bell).

Wherever they put you - although the two seats right at the back. facing the kitchen are the prime seats. Note that, given the few tables available, you may have to wait a short while for stools to free up. But then you can just perch on the bar alongside the wall with a drink (much like the man Barbary restaurant) and soak up the atmosphere.

Essentially it's a small plates menu, with a similar Mediterranean/African focus as you'll see at the original Barbary.

They previewed the menu with a delivery-only menu during the days of lockdown, earlier this year. You can read our Test Drive of that here, and you'll see that some of the dishes have made it over to the main restaurant.

Expect to order about five to six dishes between you, and probably a fair bit of the bread (it's VERY good).

Here's a taste of what we had. 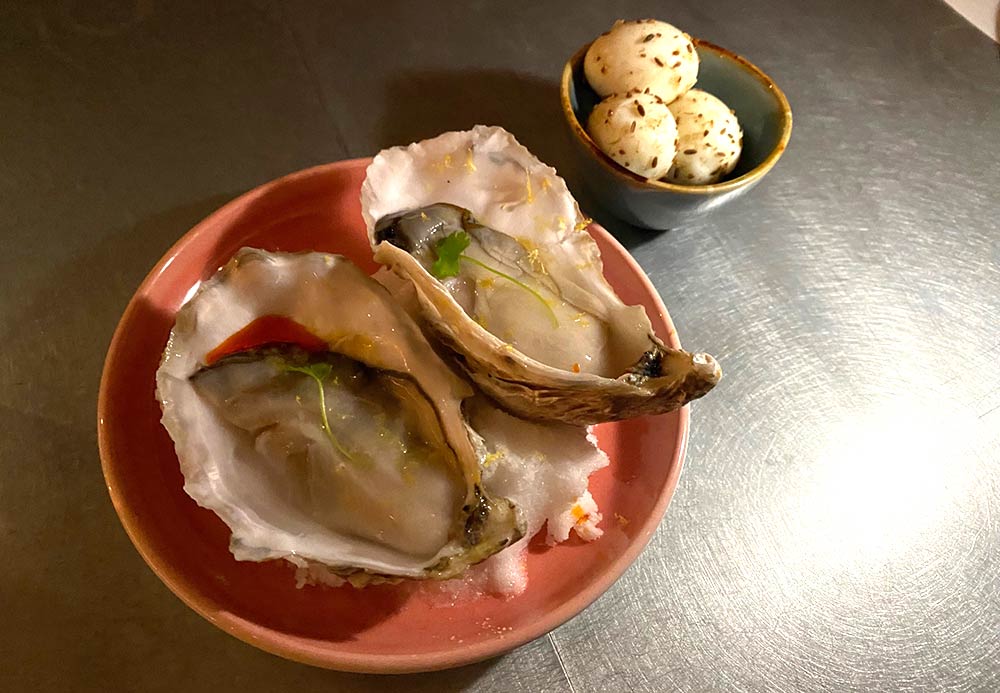 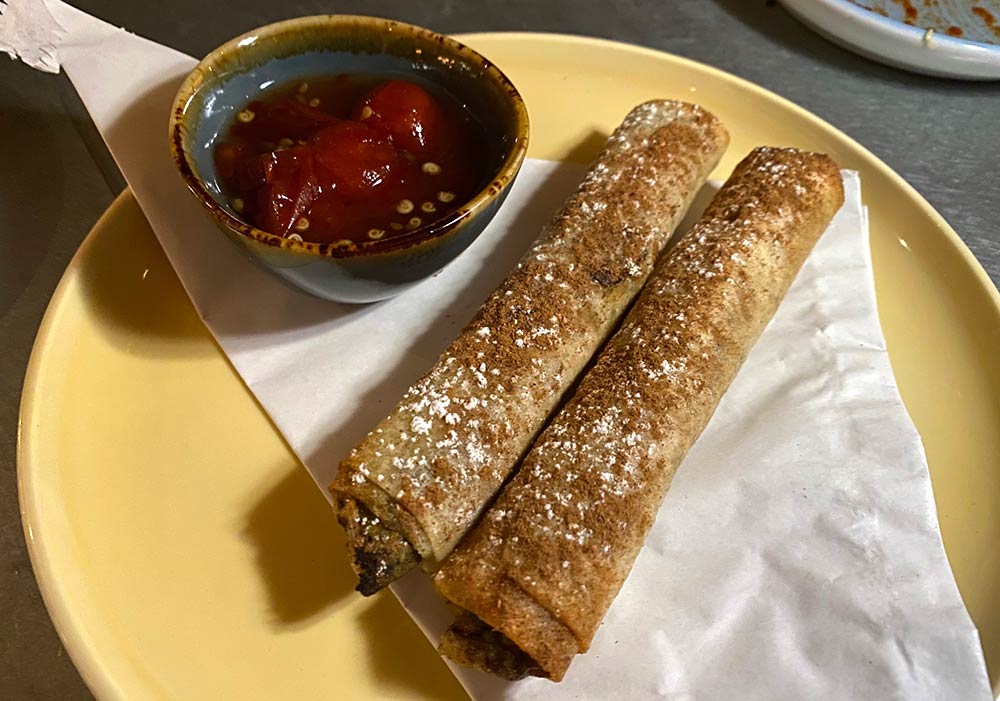 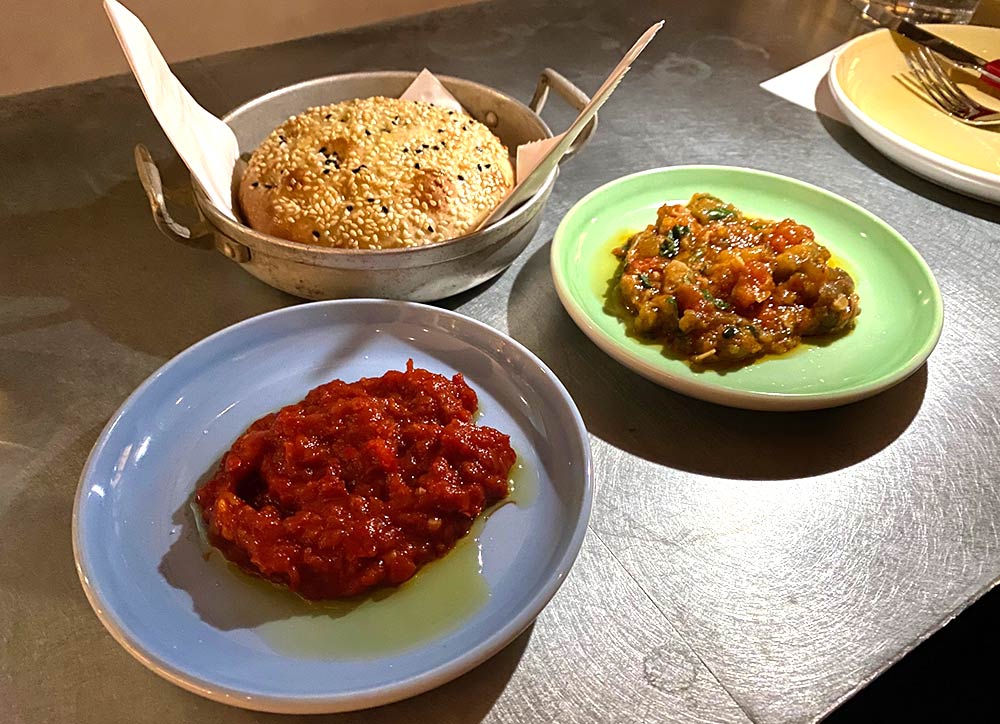 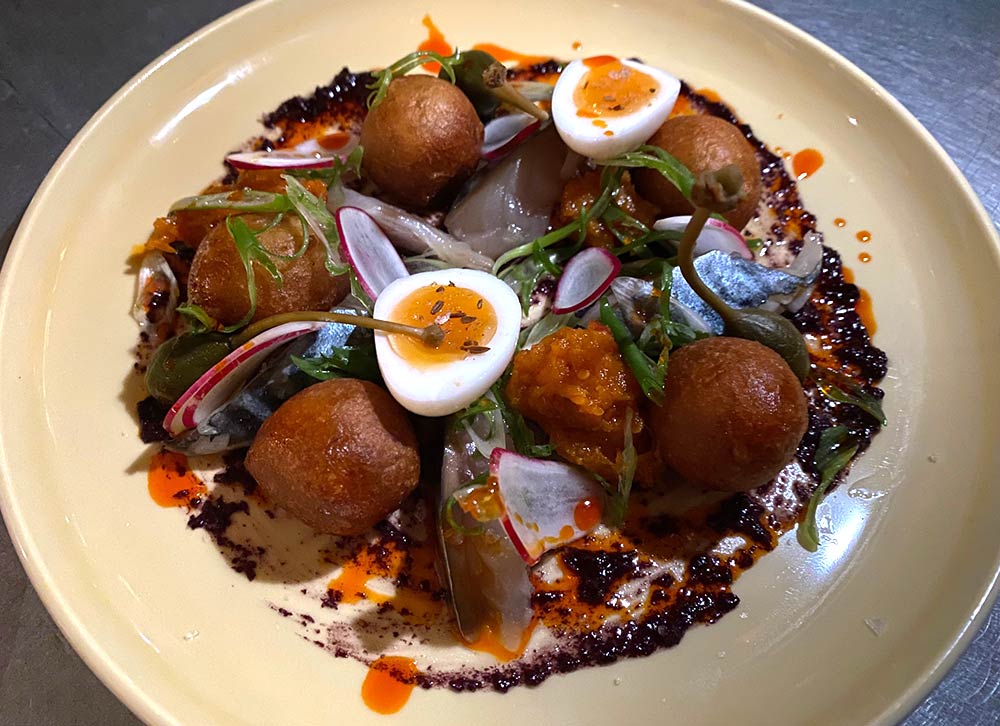 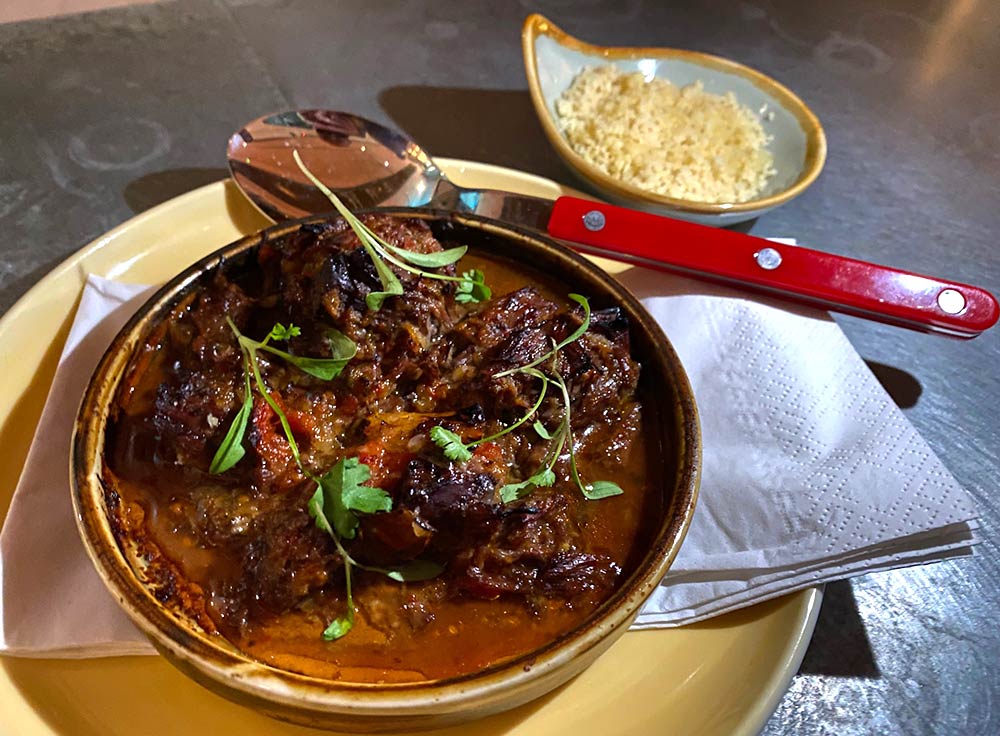 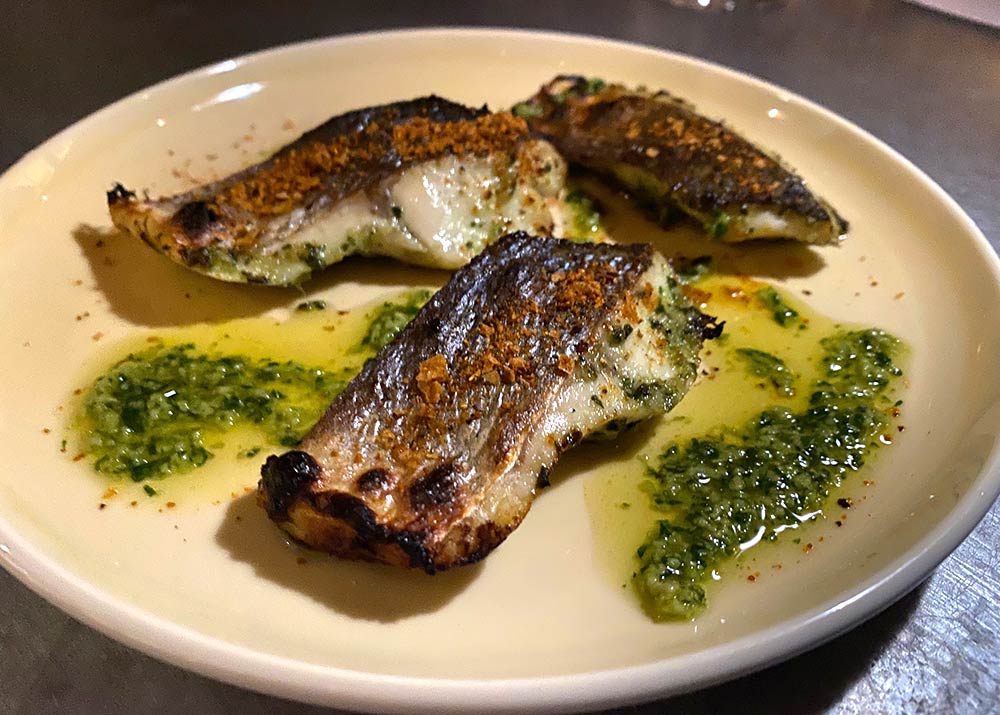 Hashpot (£8) - a potted version of the pistachio dessert from the main restaurant. 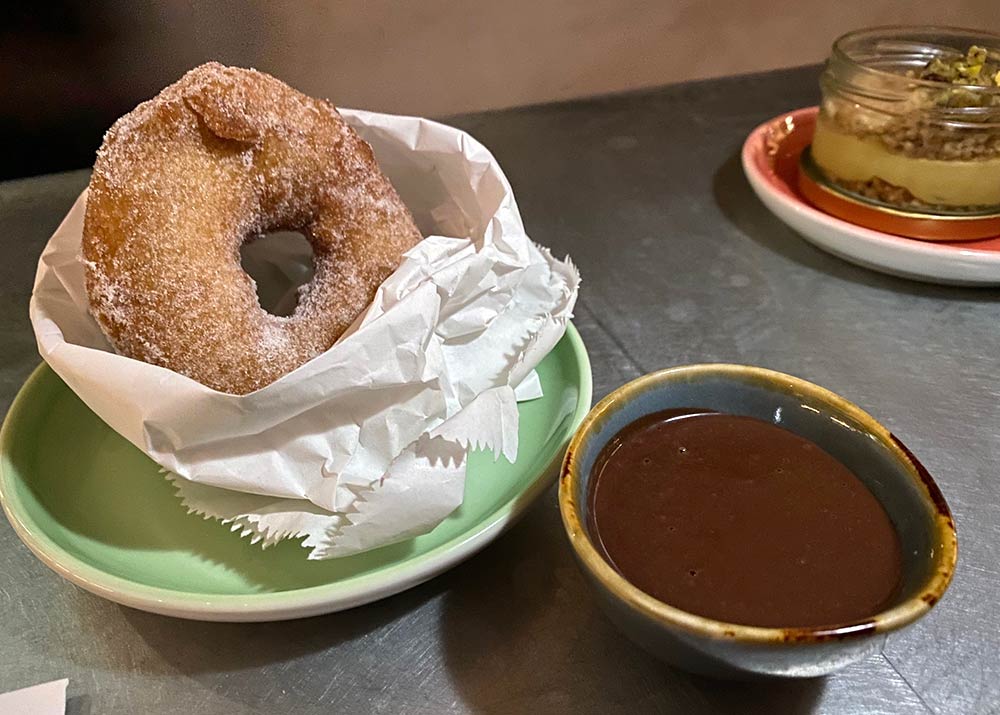 There's a compact list of wines, all biodynamic or natural, with bottles starting from £29 for a 2020 white Spanish Rioja from Gran Cerdo or a red Mas de Daumas Gassac 2019. Much is also available by the glass (starting at £5.50 for a 125ml glass). There's also sherry and a Three Stones Martini for £9.50. 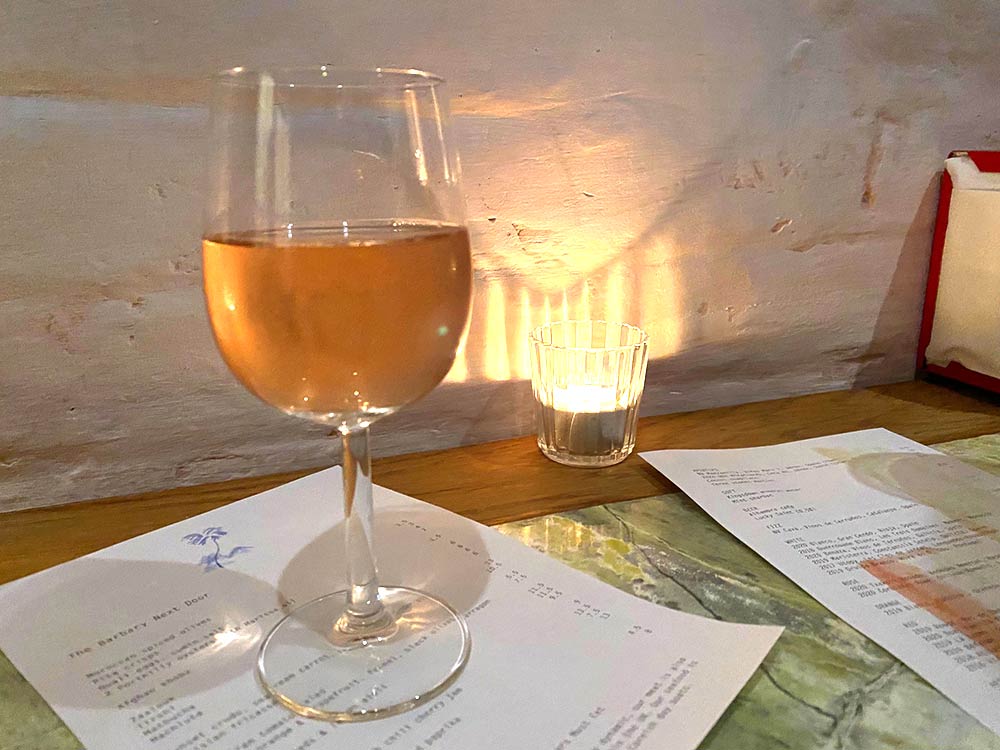 Up at the bar by the wall - where you'll likely grab your first drink.

We weren't sure what to expect of this offshoot, but once you see it, everything makes sense. It does what The Barbary/Palomar team do so very well, creating a vibrant counter dining scene that makes for a hugely enjoyable evening out. Inside, it's like a mini escape from London where the smallness of the space only enhances the atmosphere. Highly recommended.

More about The Barbary Next Door

Hot Dinners ate as guests of The Barbary. Prices are correct at the time of writing.