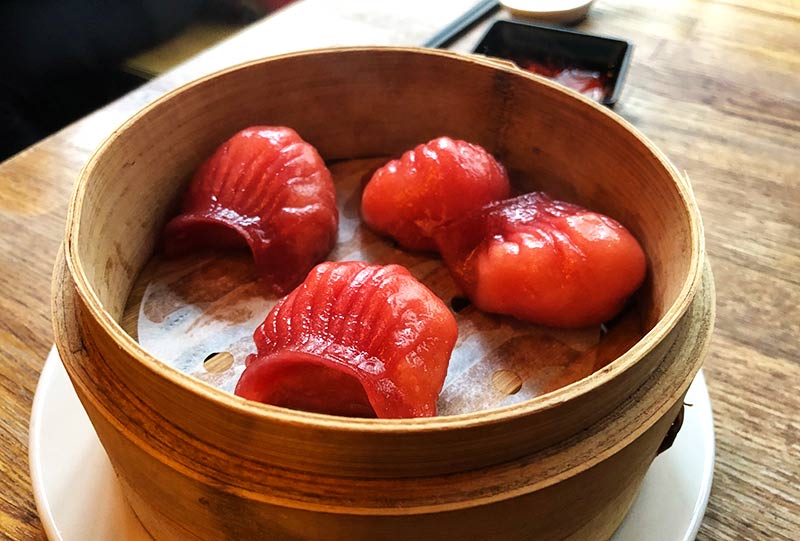 These are probably Baozilnn's most famed dumplings - the ruby prawn dumplings in beetroot pastry (£4.80). To be honest, the taste of the beetroot doesn't really come through - it's more of a colouring thing. These are one of the must-haves on the menu.

What can you tell us about BaoziInn?

It comes from Wei Shao, the same person who brought us Bar Shu and Bar Shan, and who specialises in northern Chinese cooking. BaoziInn itself (or Baozi Inn in case that uppercase I is confusing) was preceded by Bar Shan on the same spot - and continues the exploration of Sichuan cuisine that the former restaurant was famous for. However, it also adds to it by producing a dim-sum menu that is absolutely top class (and more than a little Instagrammable). In an area where you're not short of excellent dim sum spots, this is quite an achievement. Note that there's also a Baozi Inn in Chinatown - but this is really the one that should be on your radar.

If you remember Bar Shan's location - that's where. It's on Romilly Street in Soho, about a 5-minute walk from Leicester Square tube.

It's Soho - there are a LOT of places to choose from. But if you want to minimise walking, we'd say that nearby Bar Swift, Bar Termini or a beer at The French House are all good options.

There are three rooms upstairs - and really we think either of the two rooms by the windows have the best seats - otherwise we quite liked the large space downstairs as opposed to the back room.

We visited at lunchtime and while BaoziInn offers the dim sum menu at all times of the day - obviously it was a particular attraction at lunchtime. They've become well known after a short period of time for the colourful dough used in their dumplings - these really make them stand out from the crowd. Of course, all that colour would be for nothing if the food wasn't good - but thankfully everything we had for our lunch was pretty much outstanding.

We could have easily torn through the entire menu but, pacing ourselves, here's what we had: 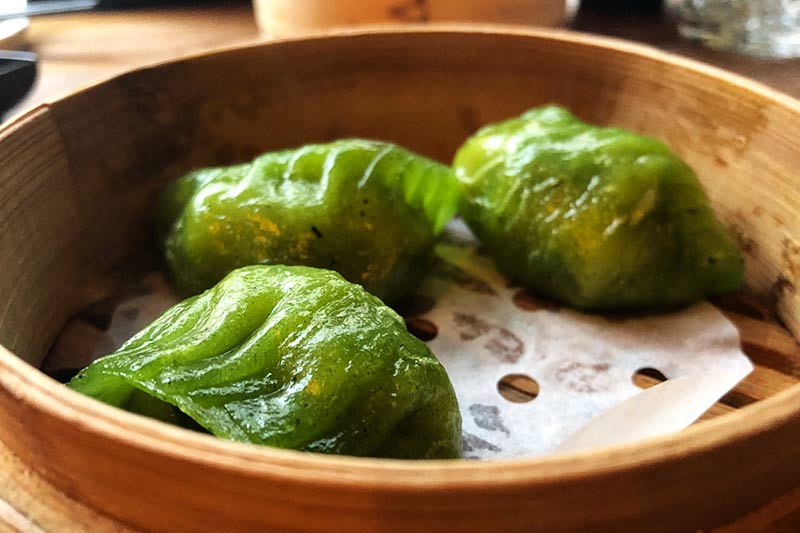 More extreme colours - this time for the prawn and chive dumplings in spinach juice pastry (£4.80) 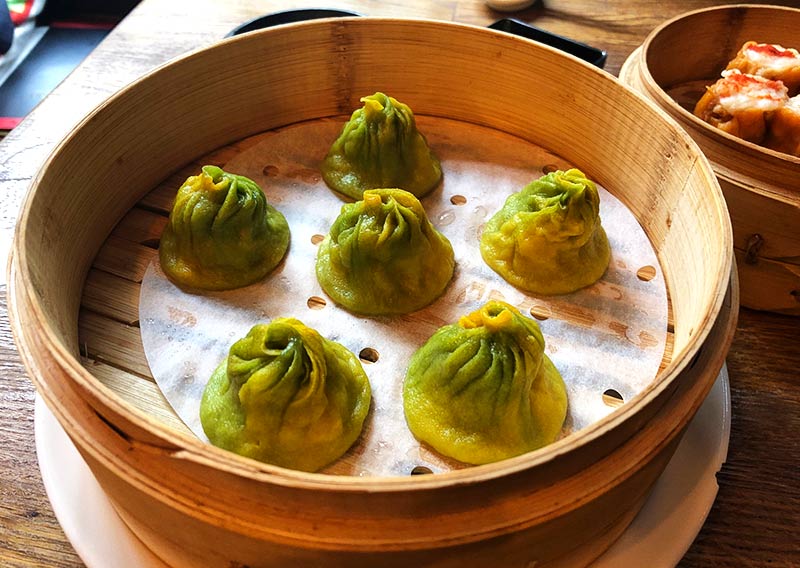 With Din Tai Fung so fresh in our minds, we had to order the minced pork xiaolongbao. They may not quite reach the refinement of the former (but then this is not quite the same assembly line approach) but they absolutely do the job. 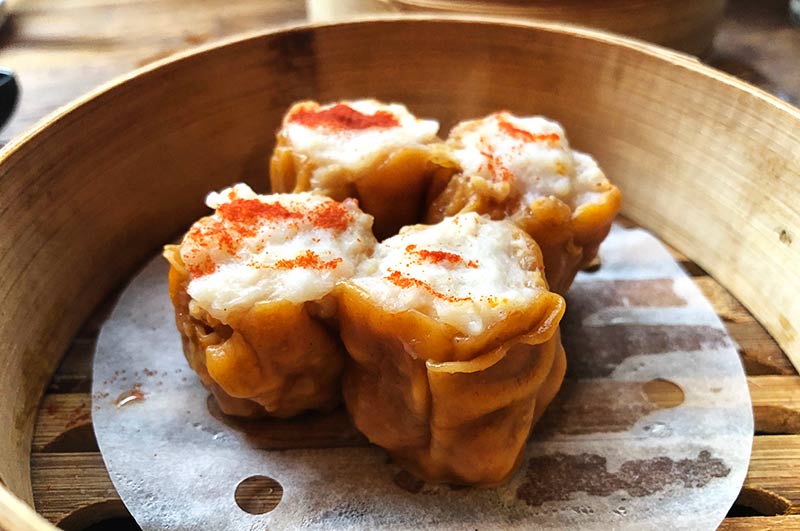 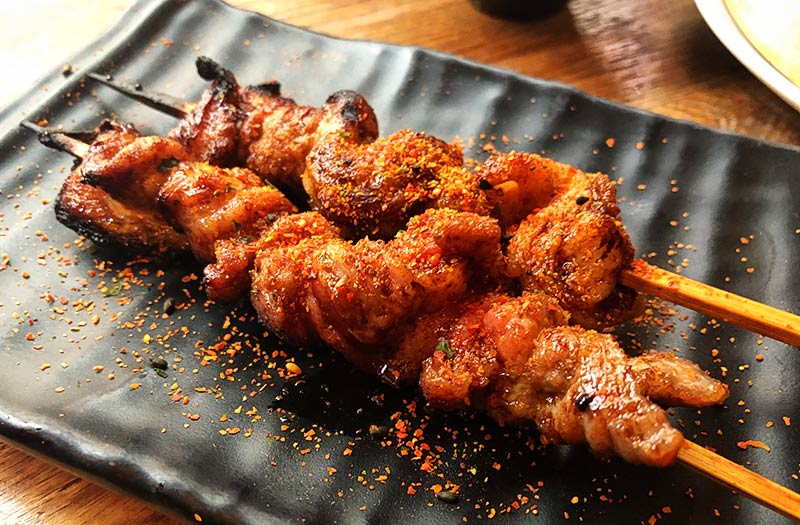 There's much more outside the dim sum section - including snacks, soup (with dumplings), wontons and "flaming skewers". These are from the latter, the pork belly skewer in caramelised sauce - outstanding (£4.80) and we'd definitely order the prawn version of these next time too. 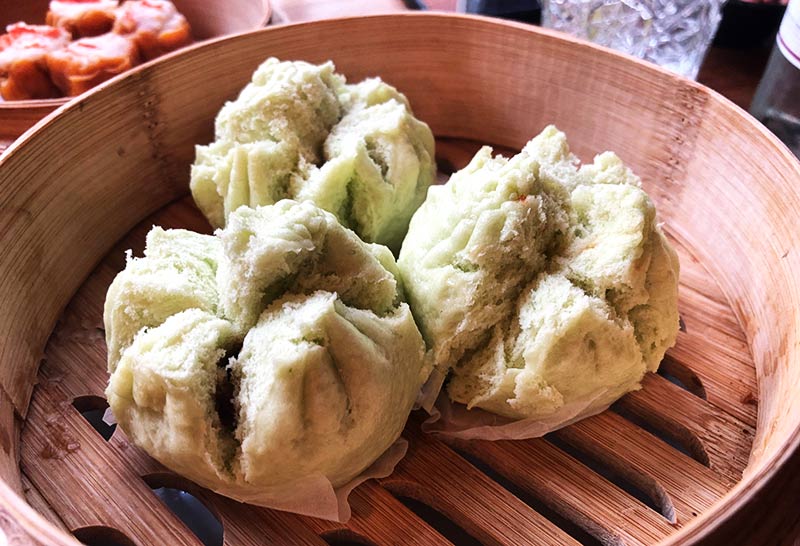 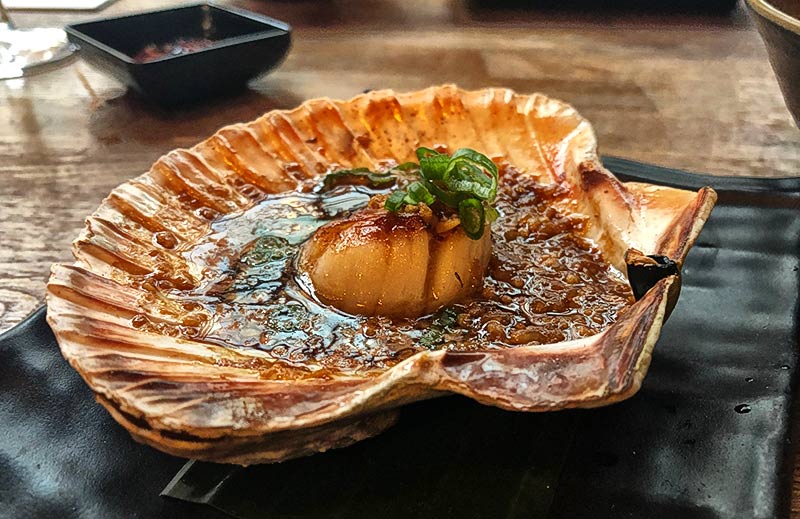 In the flaming skewer section - but clearly not a skewer - is the grilled scallop in the shell (£4.50, min two orders). This is just drowning in garlic. And yes we did pour it all into our spoons to drink. It was worth it. Don't judge us.

And there's a lot more to Baozilnn too?

As mentioned, they specialise in Sichuan cuisine, so further down the menu, you'll see much larger dishes - some in which the heat is certainly kicked up a notch. It's worth holding back - just a little - from the dim sum so that you can explore that part of the menu. Here's what we had... 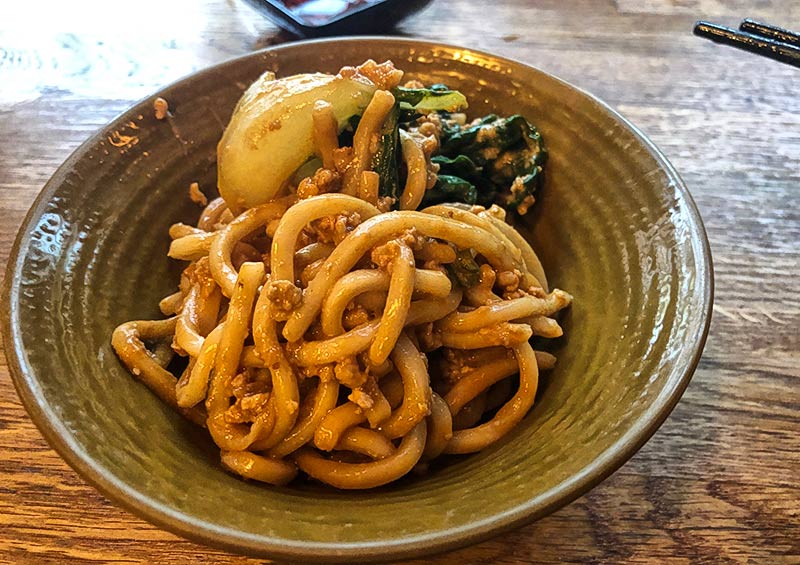 Outside of the dim sum, this is probably the dish that you'll hear about most when people talk about Baozilnn - the Dan Dan noodles. Probably one of the dishes most associated with Sichuan cooking, it's minced pork with peanuts, served in a spicy broth. It's brought to the table unmixed and then served out into two bowls. A must-order, for sure (£11.80) 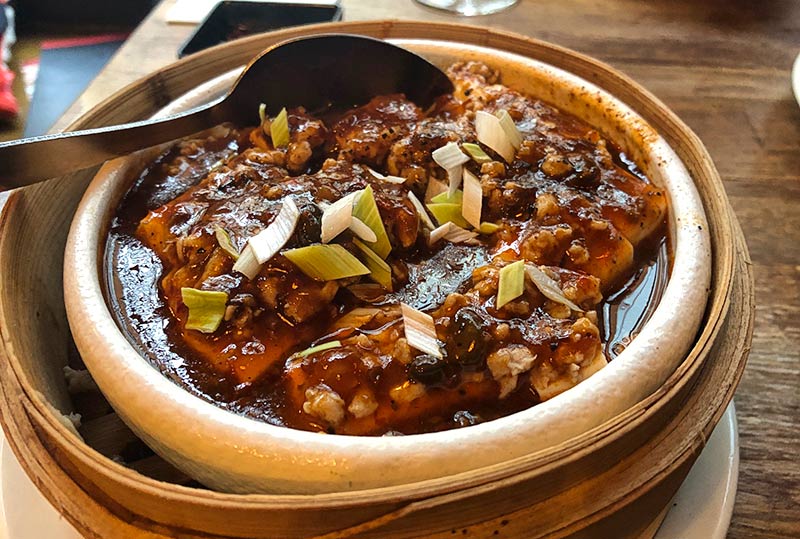 One of the newer traditional Sichuan dishes on the menu (added this past winter) is the "legendary pock mark minced pork "mapo" beancurd )£12.90 - and a vegetarian version is available). 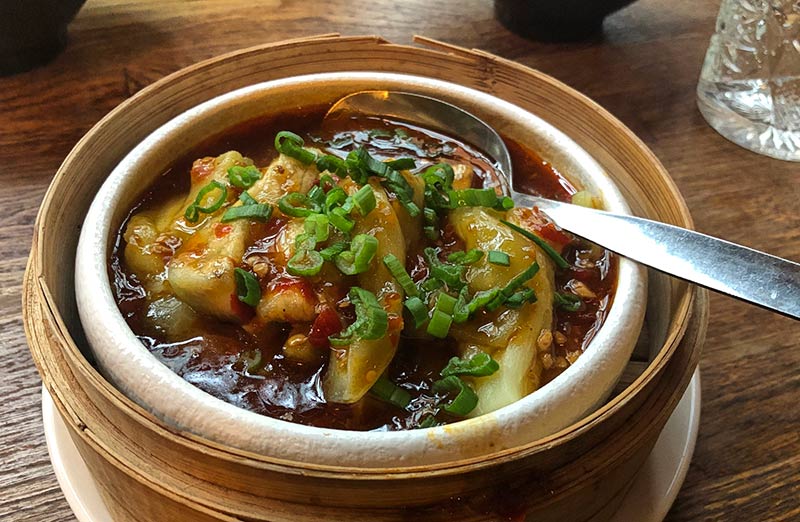 Also new-ish to the menu is the aubergine with fish-fragrant sauce (£11.90) because it's pretty hard to go wrong with an aubergine dish.

The newer BaoziInn has been open for a while (there's also an outpost at Market Hall Victoria) but, particularly in the run-up to Chinese New Year, it was well worth a visit. Top dim sum action, with some beautiful creations, and a Sichuan menu worth exploring make this a winner.

Hot Dinners dined as guests of Baozilnn, prices are correct at the time of writing.