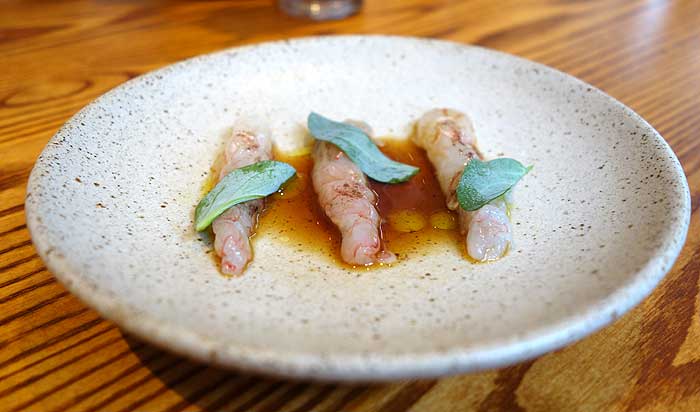 So what should I know about the new Bao?

For Bao fans (and they are legion) the arrival of a second Bao means one thing - a chance to eat at their favourite London restaurant without having to queue quite so long.

If you haven't been here before then what you need to know is that this is the brainchild of founders Shing Tat and siblings Wai Ting and Erchen Chang. The trio burst on to the London scene when they opened in Soho last year, having built up a fan base at their Netil Market stall. Their amazing bao buns are the stuff of legend (and legendary queues around the block) but what transformed them from cool street food to award-winning restaurant are all the other dishes on the menu too.

It's taken over the site previously occupied by Boopshi's off Goodge Street, so that or Tottenham Court Road are the nearest tube stations.

What about meeting friends for a drink first?

Good places include the nearby Newman Arms or Oscar's bar on Charlotte Street. For cocktails there's always the Rev J W Simpson on Goodge Street. 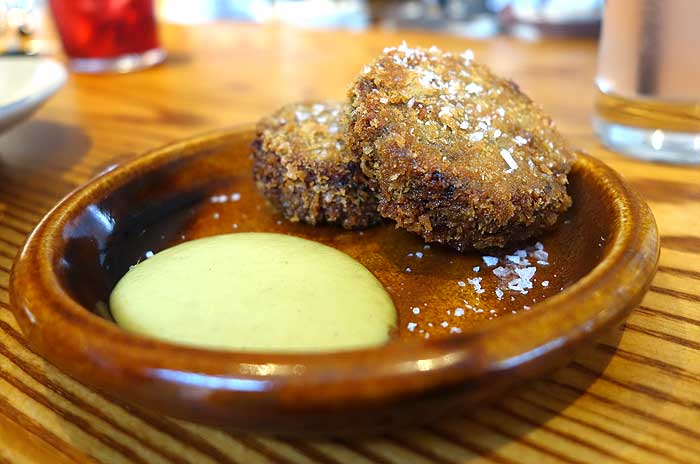 Where should I sit

There are two floors to choose from. On the ground floor, stools are arranged around a high counter where you can watch cocktails or tea being made. Downstairs there are also counter seats at the open kitchen as well as a few tables to choose from. As ever, though, you'll sit wherever you get a chance (although we hear there are plans to offer the downstairs up for private dining, perhaps later in the year).

And the food? Is it the same?

Yes and no. There's all the Bao favourites - their classic bun with braised pork and peanut powder and the fried chicken with hot sauce, but there are several new and exclusive dishes to the Fitzrovia branch (just as there are some dishes that only the Soho branch offer). 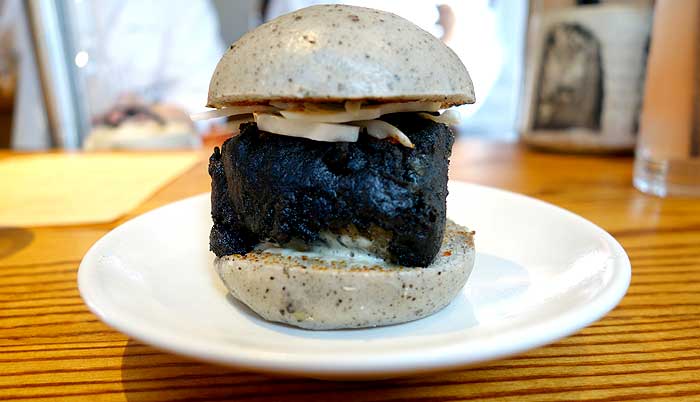 There's a whole new section of “Xiao Chi” – small snack dishes you're going to want to try. We loved the raw langoustines with dulse, aged soy and oyster leaf (£4.75) and the beef and tendon nuggets (£4) - all silky and sticky and served with burnt chilli sauce. And the new bao you'll need to order is the black cod with ng and hot sauces (£5).

If you're after a dessert, like the much-photographed fried Horlicks ice-cream bao in Soho, you'll have to wait until late summer when they bring in a Choc Horlicks ice cream stick. In the meantime, try one of the two new milkshakes on the menu. When we went the choices were condensed milk (get this for sure) and the slightly more acquired taste of chocolate and toasted rice. 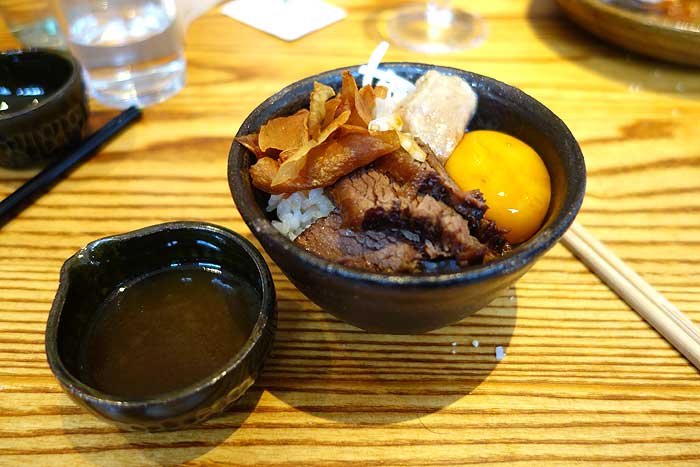 The team at White Lyan came up with six new drinks for the list here in Fitzrovia, all come in at £8. We tried two - The Terroriser (Mr Lyan scotch, cold brew oolong and hibiscus) and Plastic City (rhubarb vodka, sake and grapefruit soda with salted plum garnish) both of which were more refreshing than deeply alcoholic - probably a good thing.

Obviously if you love Bao, you'll be equally crazy about the new place. We (braces self for shocked response) had not actually been before. Yes we KNOW. But we came here at 6.45pm on a Monday and managed to just avoid the queue which worked for us.

Looks-wise the two are quite different, Bao Fitrovia being a more refined, air-conditioned space than its bustling Soho sibling. The good news for the chaps at Bao is that because the menus are sufficiently different you're going to want an opinion on both.

Bao is at 31 Windmill St, London W1T 2JN. Find out more about Bao