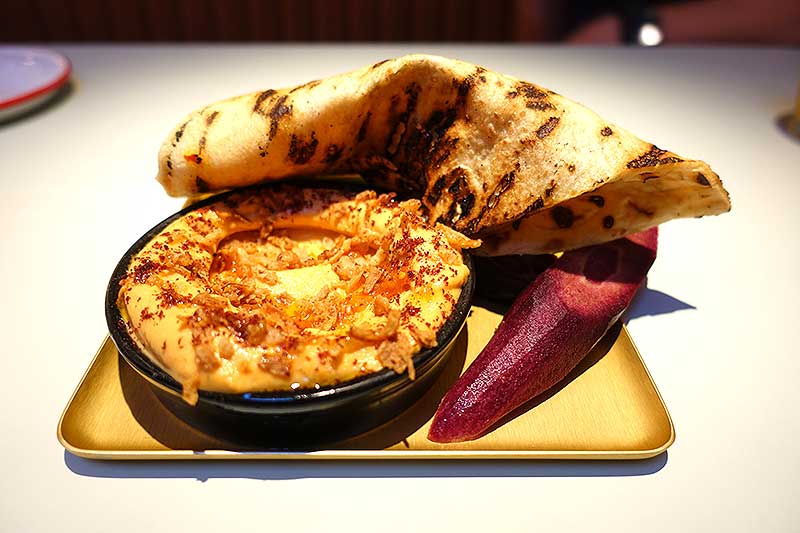 Super sweet potato hummus (£5.25) given extra piquancy by being topped off with preserved lemon shards

So what do we need to know about Bababoom?

Well this is the second place they've opened. They opened their Battersea branch in 2016. The folk behind it - Eve Bugler, Travis Fish and Jono Jenkins have plenty of restaurant experience, from working in the communications side of Nando's or as a chef at River Cafe and Soho House.

They've taken over the old Vintage Salt site on Upper Street and have completely opened the place up. Gone is the bar that made the front dining room so squished. The front windows open right up - perfect on warm days - and the back room with the open kitchen looks about twice the size it used to, although we're assured that no walls were moved. Tube-wise your best bet is Highbury and Islington, but it's not that far from Angel either.

The Dead Dolls House is your nearest bar, although The Four Sisters on nearby Canonbury Lane also does a decent cocktail. If it's beer you're after, then The Taproom further down Upper Street is the place for you. That said, the frozen margaritas at Bababoom are very drinkable too.

So where are we going to want to sit?

We loved the big booths in the rear dining room, plus there's a large table in this section for groups. But to be honest, the front dining room was lovely and airy too.

Yes, but SO much more. Here's what we had on the night... 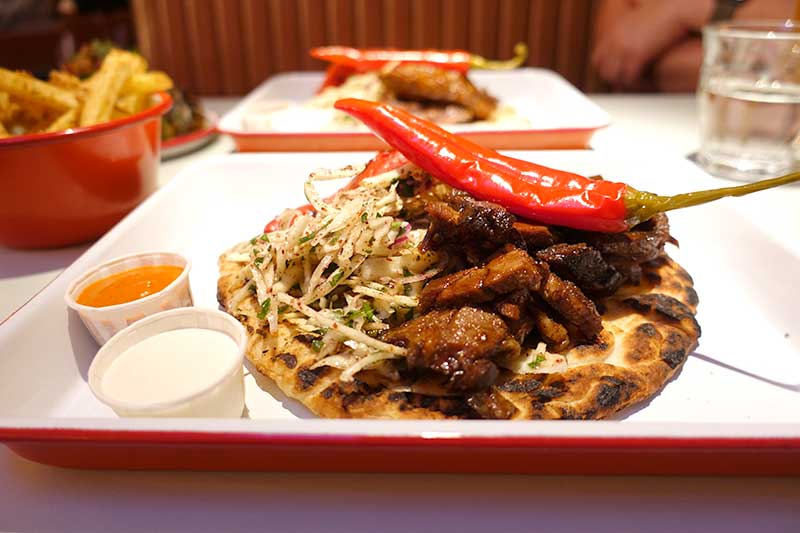 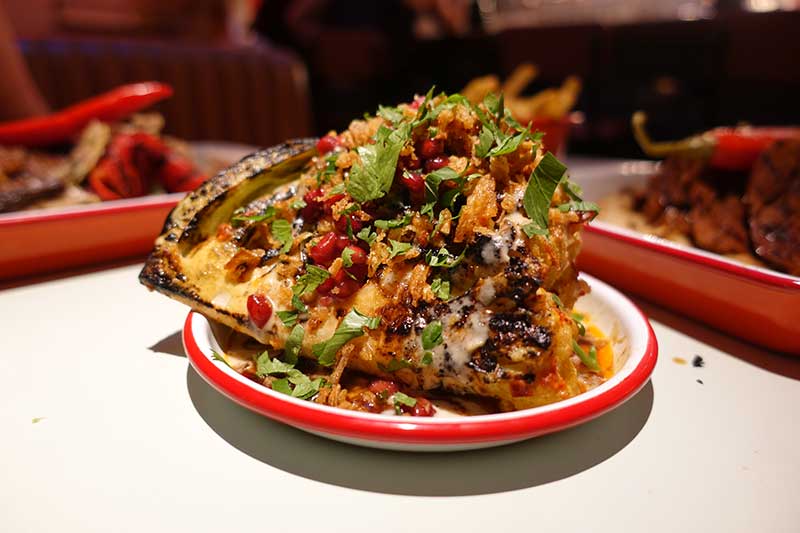 Coal fired cauliflower with pomegranate, tahini and crispy onions (£5). Are you even allowed to open a London restaurant these days without a cauliflower dish? This one does stand out though, smoky and fruity. 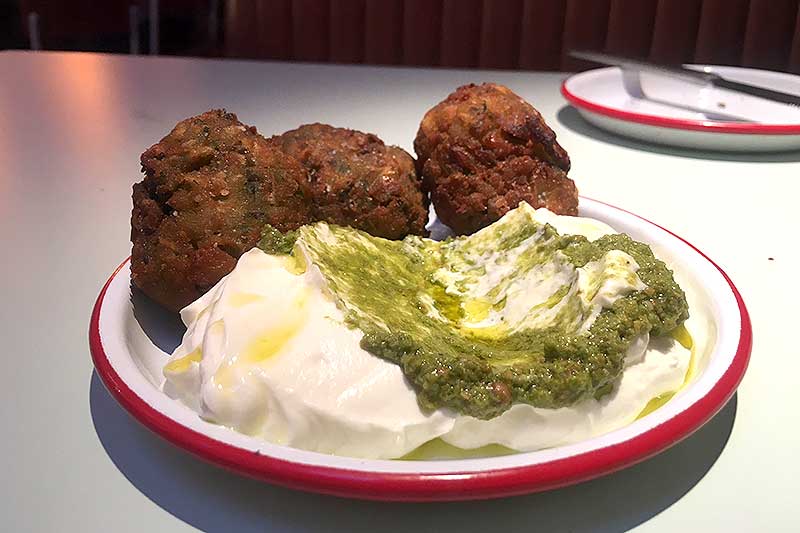 Broad bean falafel (£5.50) with a homemade labneh (they hang it themselves) topped with green harissa. Labneh can sometimes be a bit meh - but not here. 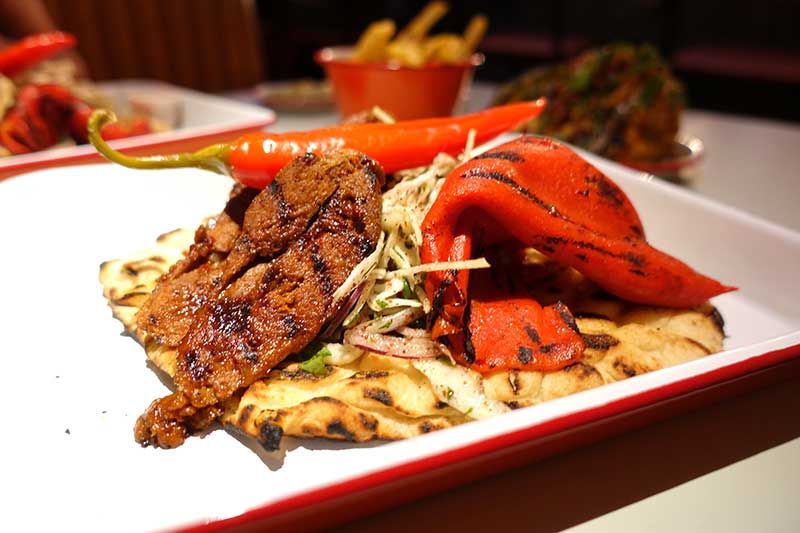 Beef brisket kebab with chilli and smoked cheese kofta (£11.75) - not quite as gorgeous as the mutton, but a very good kebab nevertheless.

There's a LOT of veggie dishes on offer here and of the six kebabs, two are vegetarian. Plus there's all those starters and side dishes too. In addition to what we had we could also have gone for chargrilled corn with Aleppo chilli and lime butter, summer tabbouleh and some garlic and kashkaval flatbread.

Sensibly, given how many carbs you're going to ingest here, they've kept the dessert list ultra short and light. There's a salted date caramel vodka shot for £3 which is just the ticket and we also liked the sundae. 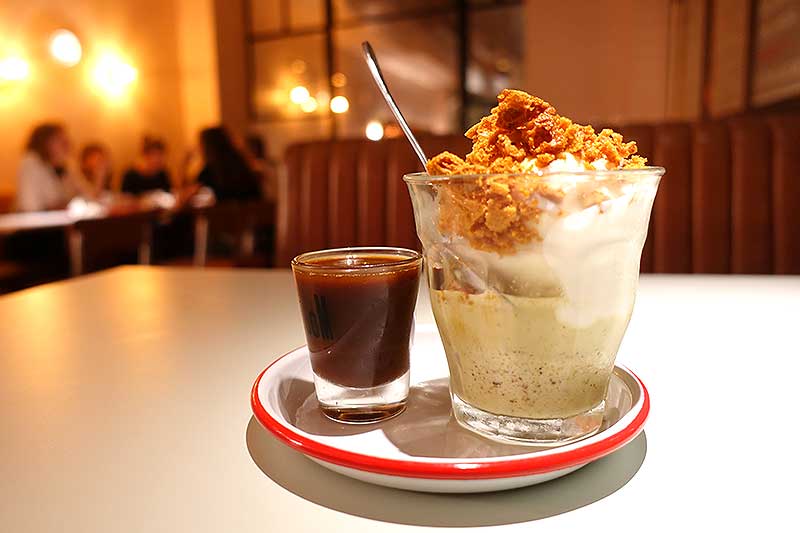 Salted date caramel sundae (£4.50) which came with homemade honeycomb and a pistachio and natural yoghurt ice-cream. Possible to share between two, but you will fight over the last spoonful.

After having this site closed for quite a while, it's brilliant to see it not just open but simply heaving on a Tuesday night. A lightness of touch to service and a buzz to the place, combined with a menu of dishes that really hit the spot means that, here at least, Upper Street's restaurant scene is in good health.