What exactly is Around The Cluck?

It's chef James Cochran's response to lockdown. Essentially, he's taken one of his signature dishes at his Islington restaurant 1251 - his jerk chicken - and created a menu off the back of that, which works really well for delivery.

Is it a heat at home job?

No, not really. With the exception of dessert - more of which later - it all comes ready to eat.

The main attractions are the chicken burgers, but we wanted to try Around the Cluck particularly because the sides were interesting too. A lot of thought has gone into this.

Here's what we had 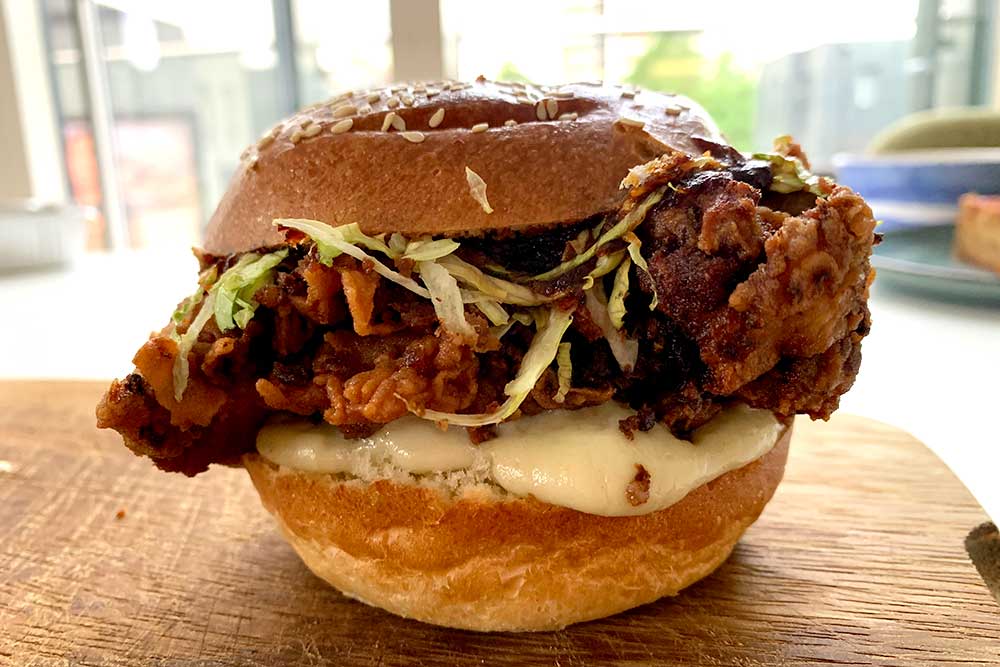 Original buttermilk chicken burger - served with James's amazing scotch bonnet jam, streaky bacon in a brioche bun, with a tub of blue cheese mousse on the side for adding at home. (£10) A beast of a burger with a decent kick that won't blow the roof of your mouth off. 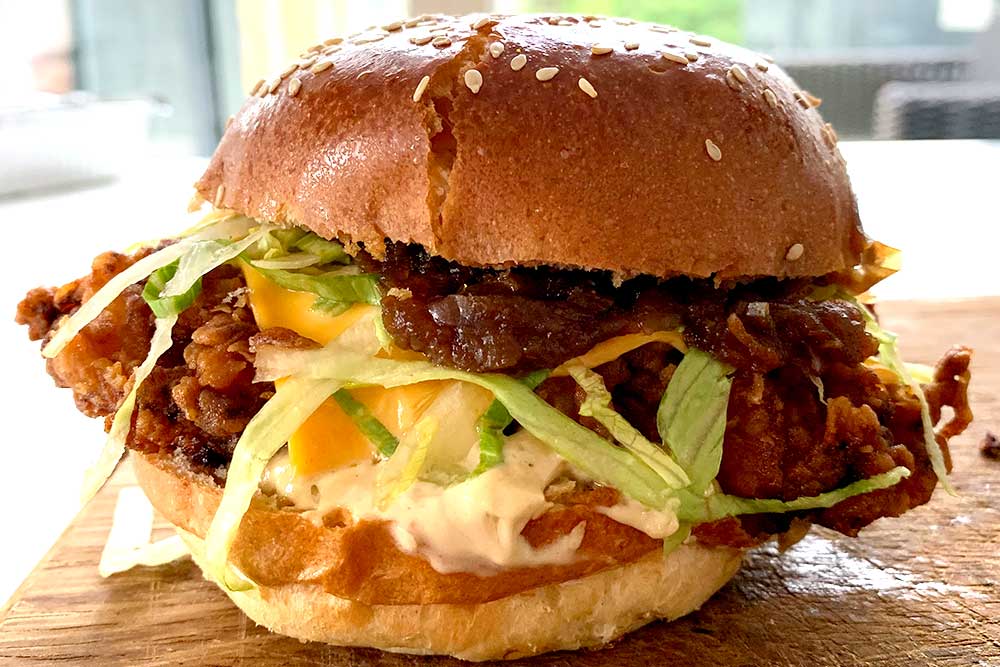 Buttermilk chicken American burger - made with chicken gravy mayo, onion jam and a slice of American cheese (£10). A crowd-pleaser of a burger with plenty of caramelised onion jam to pep it up. 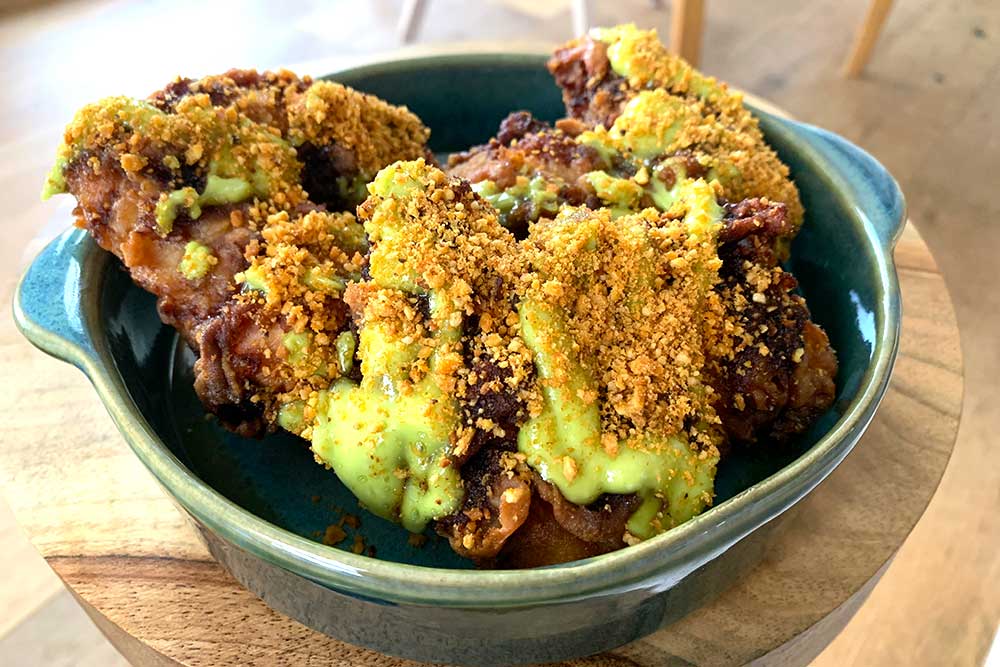 Buttermilk Jamaican jerk chicken with chicken gravy mayo (£6 per piece) - some of the best fried chicken we've had since the start of lockdown. James suggests pairing it with an ice-cold beer. He's right. 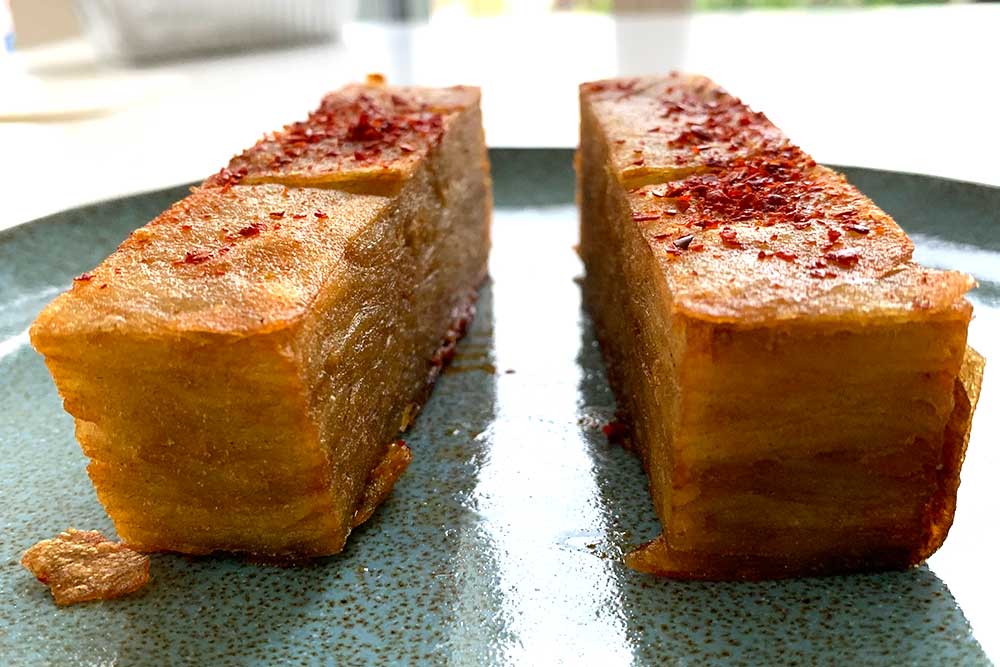 Crisp pressed potato in chicken fat served with chip shop curry sauce and topped with Korean red spice (£6.50). As readers of Hot Dinners will know, we are partial to a good confit potato and this was another interesting take on a favoured dish. 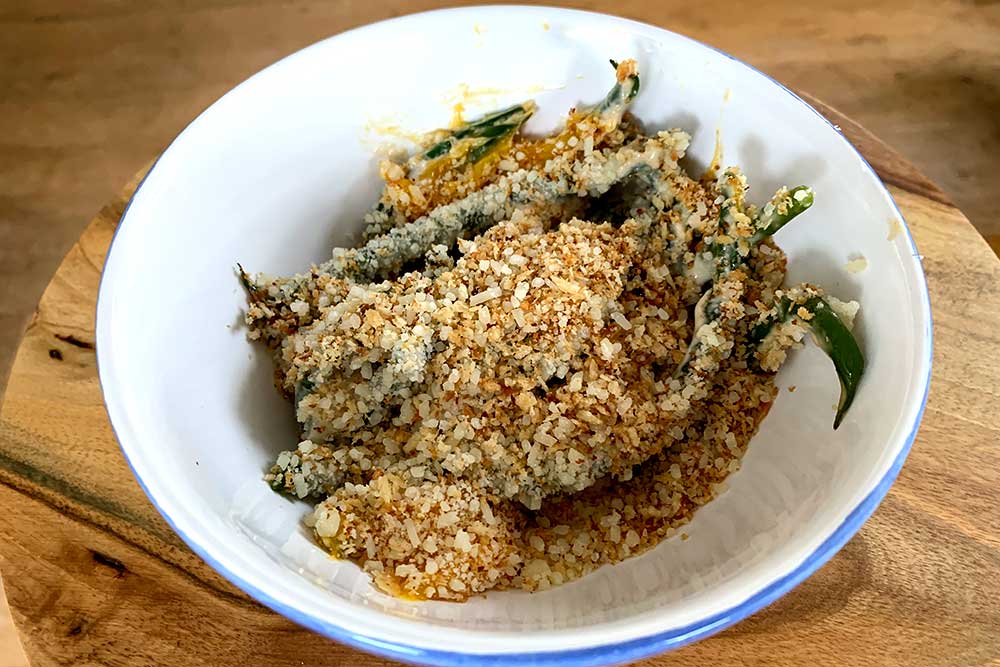 Caesar salad with fine beans, anchovy dressing, confit egg yolk and topped with toasted breadcrumbs and aged Parmesan (£6). 100% the kind of salad that would turn any anti-lettuce protestors.

They're well catered for too, with the very enticing sounding (and lovely looking) Cauliflower cheese burger in golden breadcrumbs, bread and butter pickles between a soft brioche roll. Dessert is vegetarian and half of the sides are too.

Was there room for dessert?

Yes and no. Dessert comes ready to pop in the oven, but we'd eaten so much we decided to hold it over for lunch the next day for a welcome treat. It was worth waiting for. 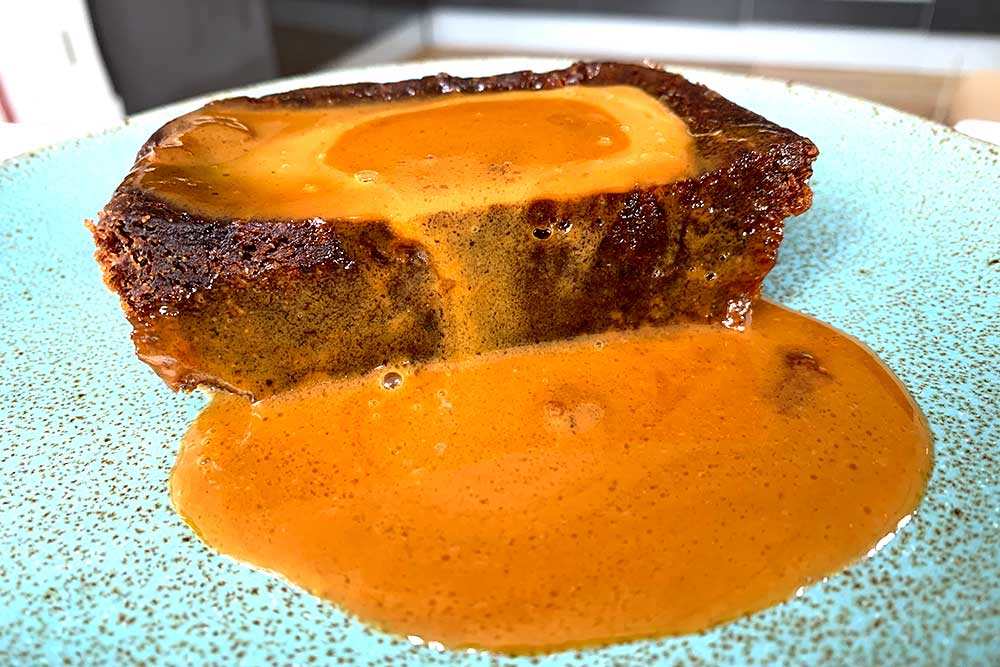 Sticky toffee pudding with walnut and toffee sauce (£8) - a very dense pudding, but delicious with it. And that sauce!

Around The Cluck is fried chicken taken to the next level. The menu reads like a dream and it's easily the kind of thing we'd go back to again and again whether for an easy midweek supper or a weekend blowout.

More about Around The Cluck

How to order: Order via Slerp.

Hot Dinners were sent this meal by the restaurant. All prices correct at time of publication.