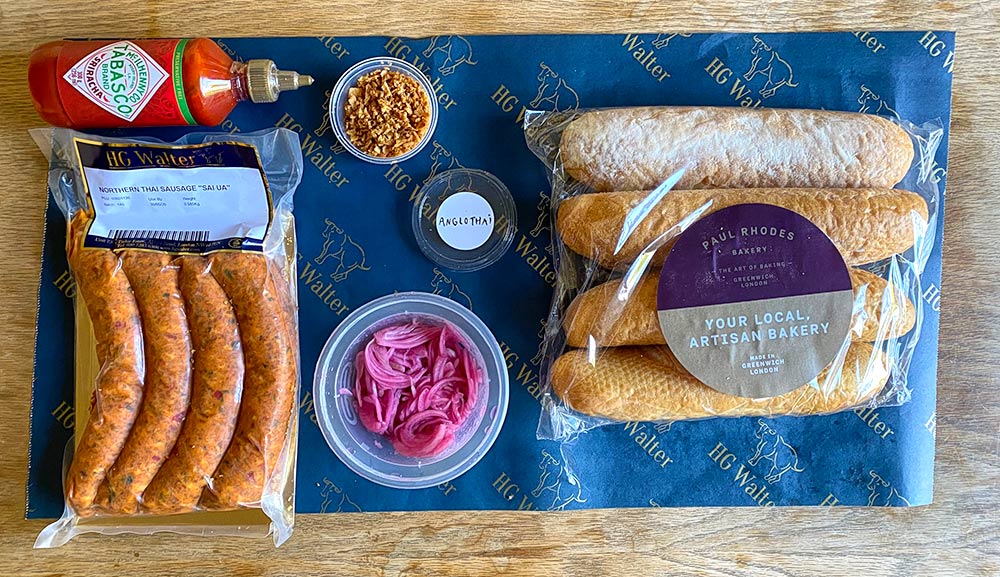 Here's what you're getting in the box. A pack of Northern Thai sausages (Sai Ua), pickled and crispy onions, hot dog buns from Paul Rhodes bakery and sriracha sauce from Tabasco. Recommended extras are shredded cabbage, and herbs - coriander, mint and Thai basil.

Before we start, who are AngloThai?

It's the brainchild of John and Desiree Chantarasak, who have previously been responsible for highly rated pop-ups and residencies across London. They mix traditional Thai recipes and flavours with seasonal British ingredients in their cooking. John was previously best known for his time at Som Saa and you may have seen him on this year's Great British Menu too.  Desiree brings the wine experience as they champion biodynamic and natural wines as pairings for their food.

This is something of a departure for them?

Yes and no. It's going to be very hard to recreate the AngloThai experience at home without John in the kitchen, but this sees them distilling it into a (spoiler alert) undeniably excellent hot dog.

It's a make at home kit?

It's very similar to the kit we tried from Patty&Bun. Like that, it's a collaboration with acclaimed butchers HG Walter and comes with almost everything you need to create four of your ultimate AngloThai hotdogs. You will need to pick up a couple of extras (see below for more on that) but they're relatively easy to source (and at a pinch, you could live without them). See the pic at the top of this piece for what's in the box.

It's easier to run through it in photos... 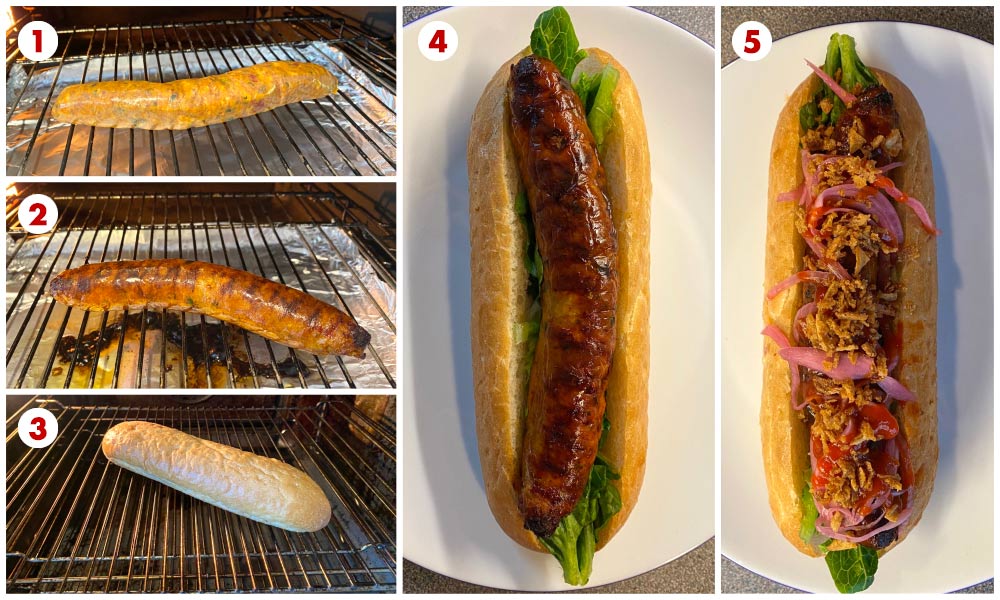 So here's the process:

1. You can grill, BBQ or roast the sausage. BBQ is recommended but if, like us, you don't have one - use the grill
2. Cooking is circa 12-15 mins, turning regularly.
3. Once that's done, sprinkle water over the bun and put it in a 180-degree oven for a minute
4. Split the bun down the middle (not all the way through), layer with shredded cabbage and herbs (we used lettuce here) and then the sausage
5. Then finish up with pickled onions, then the sriracha and finally the crispy onions. 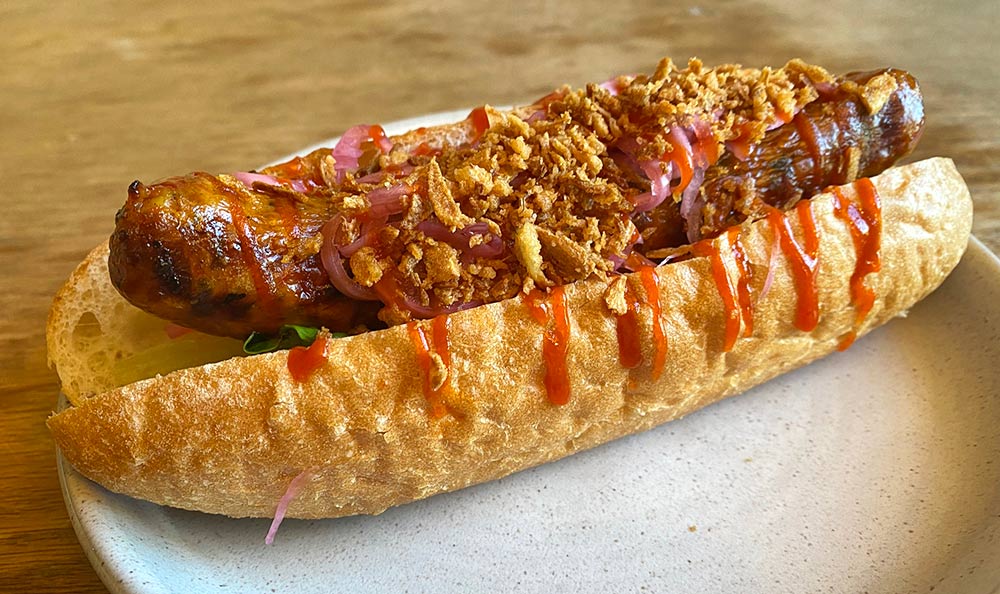 And here's the finished article. As mentioned above, we had to use lettuce and we avoided the mint (just not fans). But it was still quite the glorious hot dog.

Much like the Patty & Bun kit before it, this is an undeniable winner. The whole kit wouldn't work without the frankly excellent Thai spiced sausage right at the heart of it. Paired with the sriracha sauce, it's an absolute no-brainer to recommend. Getting the barbecue out for summer? Then order this kit for sure.

Where do they deliver? Greater London area

How to order: They're £25 via the HG Walter website. New stocks available daily.

Hot Dinners were set the kit courtesy of Anglo Thai. Prices are correct at the time of writing.