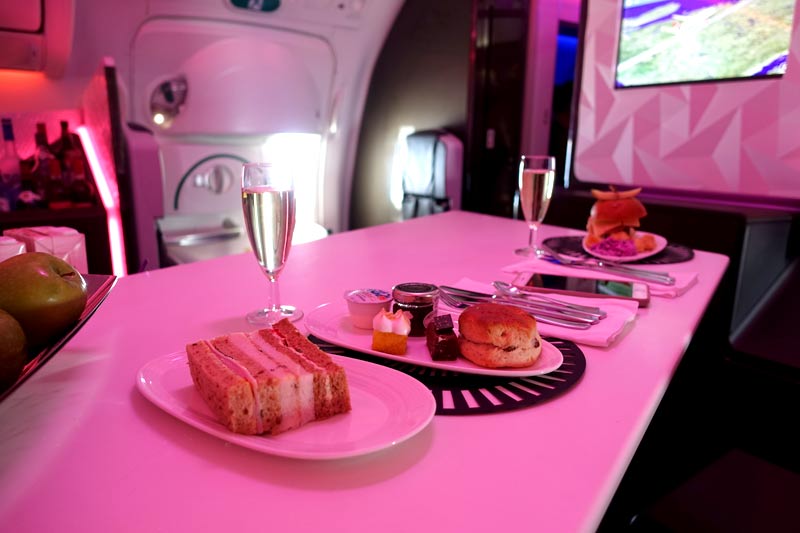 Taking in afternoon tea several thousand feet in the sky

We started our 2016 trip to New York in style, hitting up Virgin Atlantic's Clubhouse at Heathrow. Ryan Chetiyawardana's Dandelyan bar is the current collaborator so it was a no-brainer to perch ourselves up at the 15 foot bar and order a couple of his cocktails. A Diamond Daisy (Bacarta Carta Blanca, Reisling, pandan, cavolo nero and lime) and Pinnacle Point Fizz (Padron Blanco, nixtamilized blue corn, sloe, ginger bitters, sour pineapple and sode) kicked things off nicely. 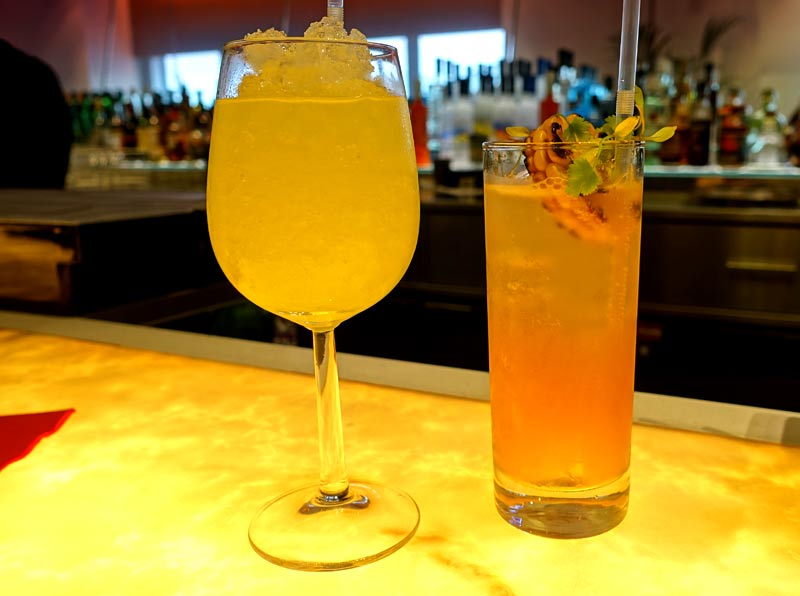 Dandelyan cocktails before taking off

It's been a while since we travelled with Virgin, but their new Dreamliner planes are impressive and our flight crew would put many front of house in London restaurants to shame. Our Premium Economy meal featured a particularly good roast butternut squash and pecan salad and we appreciated the digestif trolley that followed. Just before we landed in NYC we popped along to the bar in the sky for a champagne afternoon tea (and a cheeky slider). All in all, it's a great way to travel. 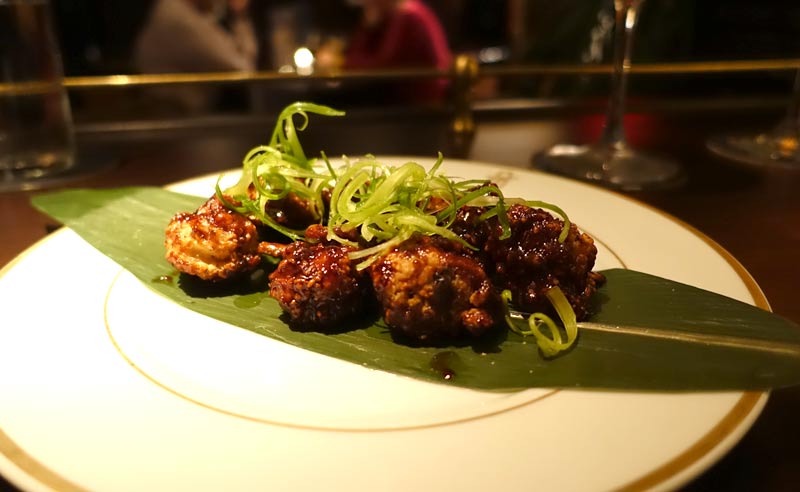 This new cocktail bar down in Battery Park opened just two months ago. And the reason it's already creating such a buzz is the fact that it's the second place from the Dead Rabbit crowd (No 1 on last year's World's Best Bars list). The concept is that of an American bar in Havana during Prohibition. The building it's in, Pier A, has been here since the 19th century.

When you head upstairs expect a little slice of 1920s Cuba with a lot of rum-based cocktails on the list and all manner of great Cuban food to be had. While you're wondering what to order, water comes along with a complimentary daiquiri - a nice touch. 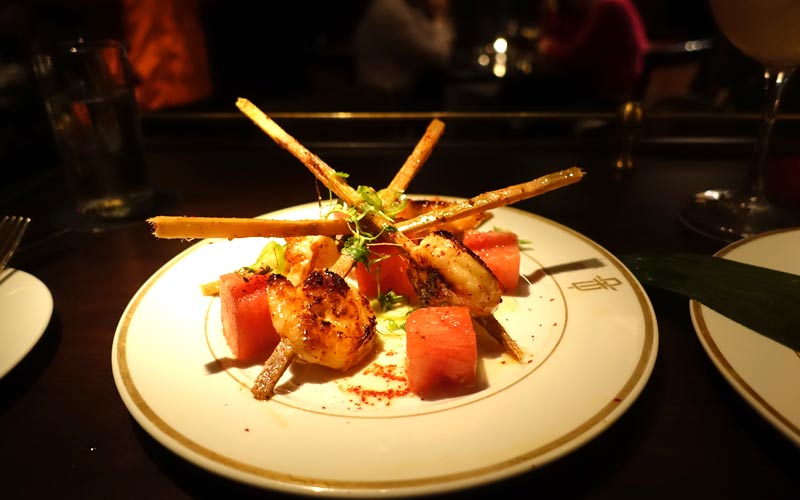 From what we had, standout cocktails were the the Pineapple Milk - a punch, made with Puerto Rican Rum, Brandy de Jerez, Cream, Pineapple, Hazelnut, Vanilla, Cherry, Aromatic Bitters and a Eureka sour made with Panamanian Rum, Genever, Apple Brandy, Aperol, Sloe Gin, Rhubarb, Lemon and Absinthe.

On the food front we kicked off with cuban fries - plantain & yucca chips served with a salsa fresca ($10) and worked our way through the menu. Must-haves are the chicken lollipops with ancho chili glaze ($16), the AMAZING Rabbit cuban sandwich made with confit rabbit leg, rosemary ham, roasted pork shoulder, swiss tomme, dill pickles and mustard sauce ($23). We didn't order it ourselves, but the vegetable bouquet of crudites served in an ice-filled punch bowl with black bean hummus looked amazing. 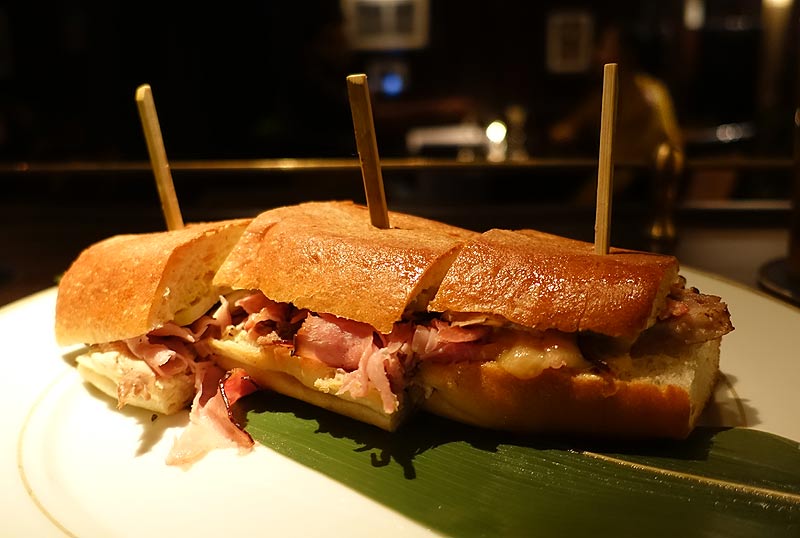 We travelled to New York as guests of Virgin Atlantic. Return flights from London in Premium Economy start at £392.