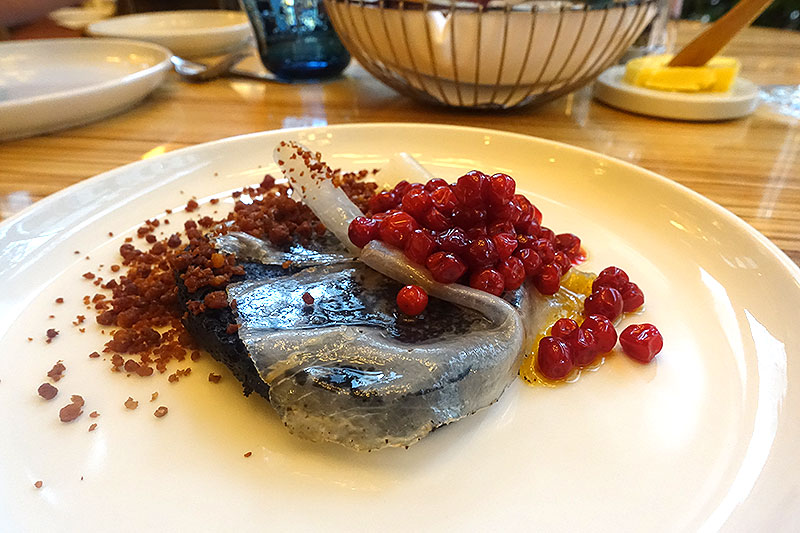 Blood pudding with lingonberries and lardo

So what do we need to know about Aquavit?

It's the sister restaurant of the New York restaurant of the same name, which opened 30 years ago, forging a reputation for great Nordic cuisine and garnering two Michelin stars into the bargain. The London branch a menu by both the Executive chef in New York, Emma Bengtsson, and the Executive Chef of London, Henrik Ritzen (lately of The Dover Street Arts Club, La Petite Maison and Lutyens). But while Aquavit New York is more of a chi-chi spot, the London branch is aiming for more of an informal vibe.

But while Aquavit New York is more of a chi-chi spot, the London branch is aiming for more of an informal vibe.

You'll find it in the new St James's Market development. Head about halfway down lower Regent Street and turn left into Carlton Street. The nearest tube is Piccadilly Circus.

We went for lunch, so didn't have one of the cocktails here, but the list was intriguing and you can always sit up at the bar here for a pre-dinner drink. We might have to go back for the Laponia Old Fashioned which features pumpkin-infused Bulleit, birch syrup and gingerbread tincture. As you can just pop in for a drink at the bar, it's a handy option to have in the area.

The dining room is double-height with floor to ceiling windows, making it a particularly nice place to do lunch - or to pop in for fika (aka the Swedish equivalent of a coffee break) in the afternoon. If you can, grab one of the tables by the windows. 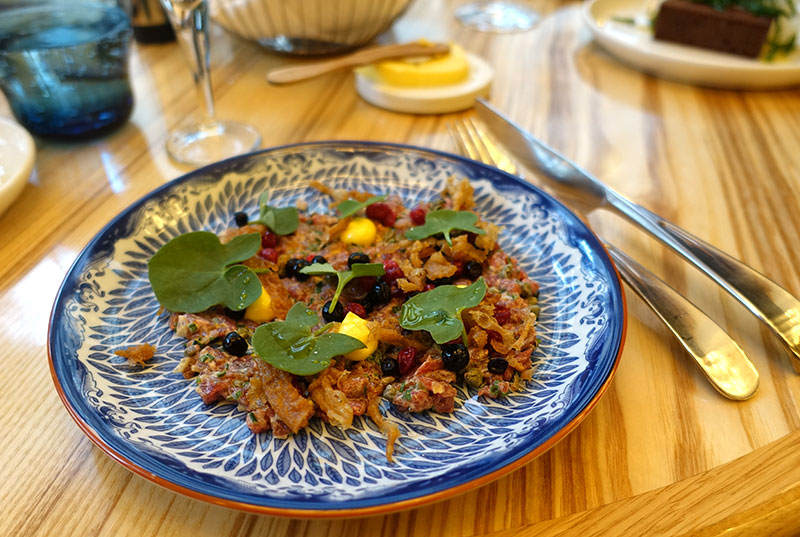 So to the food - lots of beetroot and herring then?

Well yes, but there's a lot more to Aquavit than that. The menu kicks off with a smorgasbord section - think snack sized plates mainly around the £4 or £5 mark, served up with a selection of breads and crackers. We kicked off our lunch with blood pudding with lingonberries, bacon and lardo for £6 which was a decent-sized and rather beautiful snack for two.

For starters, we eschewed the dehydrated beetroots for a really gorgeous venison tartare served up with deep fried shards of sourdough, berries and juniper mayo (£12) and a dish of white crab which came with a warm rye brioche and pickled fennel (£14) 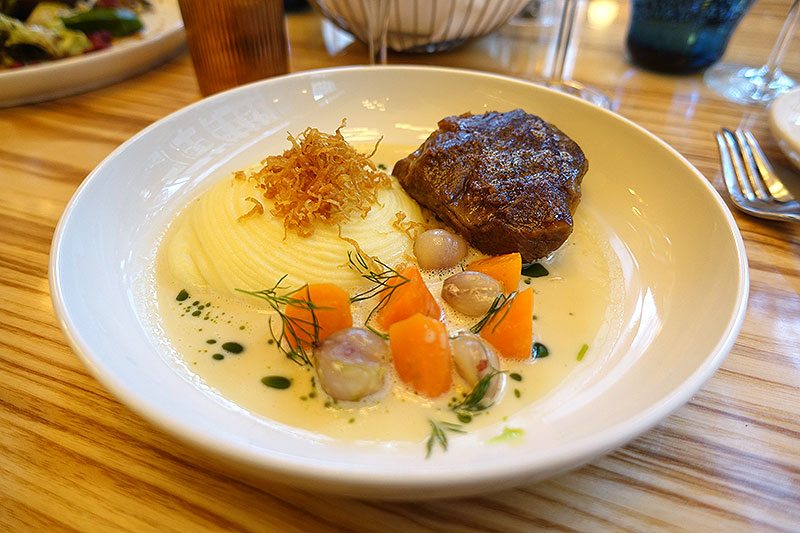 Mains were equally good - at a pinch, our best end of lamb with chargrilled cabbage and lingonberries (£26) just edged ahead of the veal cheek with tiny salt-baked onions and an unbilled mash topped with crispy onions (£23).

At this point, you may not feel as though you'll need to order the fried almond potatoes, but you'll kick yourself if you miss out on this side of wonderful chips. They're an absolute must-have.

For dessert, we felt we had to try the star of the show - the arctic bird's nest, a cleverly-constructed nest of tuile with chocolate twigs and a white chocolate-shelled goats cheese egg. We've seen this on Instagram broken open with what looks to be a soft egg yolk made from sea buckthorn, but ours was hard-boiled (or rather frozen solid). Next time we'd pick something different. The apple crumble went down particularly well on a wintry day too. 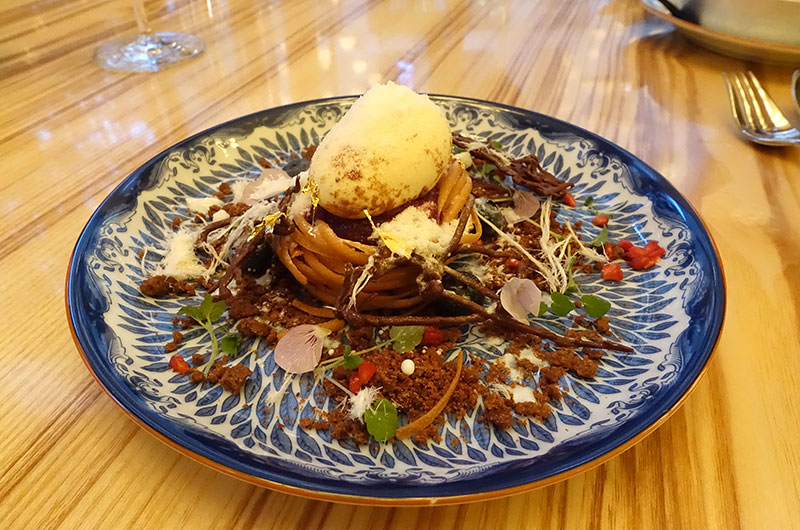 Given the name, it'd be pretty odd not to try at least one of their namesake drinks. All the starters and smorgasbord come with suggested aquavit pairings. We tried two shots and particularly loved the Ostgota (barley, raisins honey) for £4. Wines by the glass start at a very reasonable for St James £6.50 but shoot up pretty smartish to £22 for a glass of 2011 Mersault.

We weren't sure what to expect from Aquavit. It turns out to be a rather lovely gem of a place for St James. Pop in for a cocktail or a coffee to get a feel for the place and then make sure you return for a long boozy lunch or dinner.

Aquavit is at 1 Carlton Street, London SW1Y 4QQ. Find out more about Aquavit.

Check out the full gallery of pics from the meal on our Facebook page.

Hot Dinners were invited to Aquavit. Prices were correct at the time of writing.