Zuma put blowfish sake on the menu in Knightsbridge 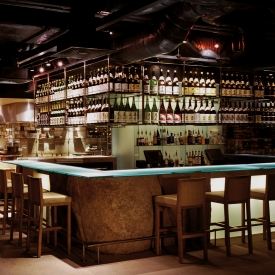 You've probably heard about the dangers involved in trying blowfish or fugu sushi - one wrong move by the chef and you could find yourself slipping into paralysis and eventual death from the fish's deadly toxin.

Well Zuma is now bringing over to London a by-product of the blowfish - an equally seasonal Japanese treat that right now is apparently not being served anywhere in Europe. Hire Zake is the name given to a winter brew of toasted fugu fins which have been steeped in sake.

Apparently the taste is mildly fishy and quite earthy - as you'd imagine it's something of an acquired taste.