[SIGPLUS_EXCEPTION_SOURCE] Image source is expected to be a full URL or a path relative to the image base folder specified in the back-end but /blog/2014/delisunday/gallery/ is neither a URL nor a relative path to an existing file or folder.
0
Shares

Young and Foodish rounds off the week with DeliSundays 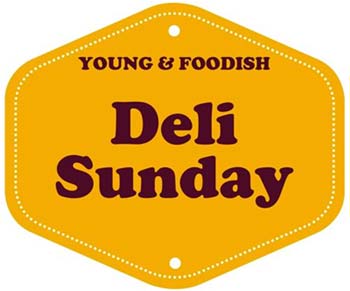 In a venture that started up with the incredibly popular Burger Monday, taking in SpagWednesday, FryFriday and more along the way, Young and Foodish (aka Daniel Young) is rounding off the week with his latest venture, DeliSundays, kicking off in October.

DeliSundays will be aiming to give London a new York Jewish Sunday brunch experience, giving those Lower East Side classics an East End twist. He'll be taking over Andrew's, a greasy spoon cafe in Holborn that dates back to the 1950s, together with chef Johnny Rothfield (previously Roux at Parliament Square) to create their modern twist on traditional Jewish cuisine. The menu will include:

We caught up with Daniel Young to find out more...

What made you settle on the idea of a Jewish deli Sunday brunch?

For some, Jewish deli is new and even trendy. For me, it’s soul food, it’s memory food. I wanted to share my favourite tastes of Jewish New York, Montreal and Miami Beach with Londoners, only it had to be something they could relate to. That’s why I’ve merged foods of my childhood with foods from theirs.

What kind of things might we expect from future menus?

I hope that as with BurgerMonday DeliSunday will inspire accomplished chefs to come up with their own personal takes on comfort classics, in this instance of the deli variety. I could see a BBQ chef doing pastrami burnt ends, or a Japanese chef doing matzoh ball ramen chicken soup.

How often will the events run?

How many Sundays are there in a year? This is a test run. If the response is positive I’d like to organise at least one DeliSunday per month in 2015.

In a venture that started with Burger Monday, this sees you fill up the last day in the week of the Young and Foodish diary. What's next?

I will soon introduce Young & Foodish-in-a-box. This is neither a ready-meal nor some new home catering solution. It’s essentially a kit with everything you need to assemble a best-of-the-best Young & Foodish experience at home.

DeliSunday will be at Andrew's Cafe, 160 Gray's Inn Road London WC1X 8ED on 19 October. Tickets are on sale now from the Young and Foodish website and keep an eye on @youngandfoodish for more information..