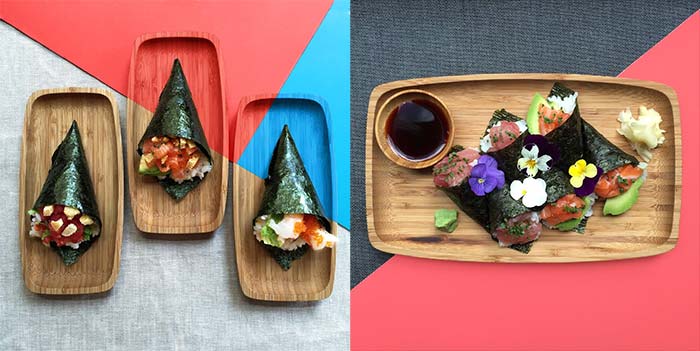 Already set up in Soho, there's a big new Yoobi on the way to Oxford Circus too.As before, it's a Japanese/Brazilian mash-up with a big focus on temaki rolls, maki rolls and sashimi. And their new venue will be pushing the Brazillian influences in the run-up to the Olympic Games, The menu will have:

Plus more from the original Yoobi including:

They'll also have a "sakeria" at the new place - mixing sake with Brazilian cocktails. They'll include a ‘Samba Mule’ made with Lemon Grass, Tequila, Reposado, Sake and Ginger Beer, and a ‘Japanese Mojito’ made with Sake, Bacardi, Mint and Lime.

Yoobi Oxford Circus opens 11 July 2016 at 40/41 Great Castle Street, Market Place, London W1W 8LU. They have a soft launch with 50% off food and non-alcoholic drinks 11-16 July. Keep up with their news on Twitter @loveyoobi