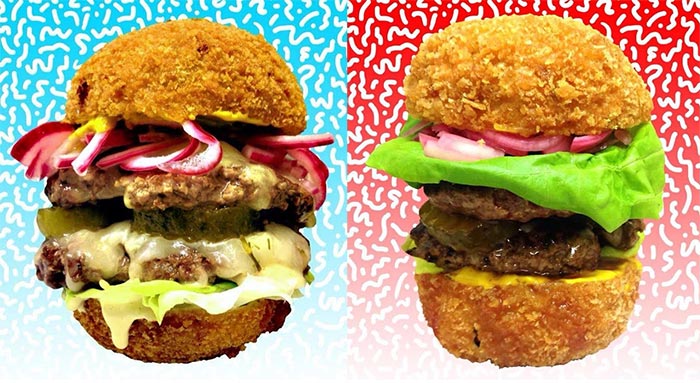 After donut burgers it was, we suspect, the next logical step. This is the scotch egg burger - being launched by Yeah Burger, who have a couple of residencies set up across town. It is, yes, a burger surrounded by a scotch egg. It's apparently being launched to celebrate the start of the Edinburgh Fringe (although, it must be said at this point, scotch eggs aren't actually Scottish...).

Those burgers will be:

They'll be on the menu at Yeah Burger's residencies at the Star of Kings in King's Cross and Strongroom Bar and Kitchen in Shoreditch from 7-22 August. Find out more about Yeah Burger on Twitter @sayyeahburger