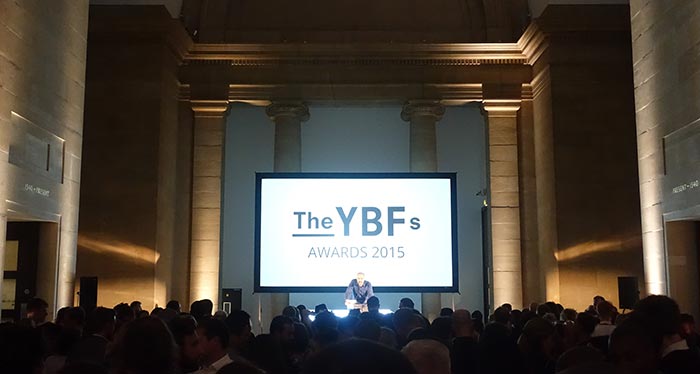 You don't have to be young to enter the Young British Foodie awards - just talented, creative, and always imaginative. The 2016 awards have now opened for entries, with all sorts of luminary judges including top chefs Nuno Mendes and Simon Rogan, pastry maestros Lily Vanilli and Justin Gellatly, meat expert Neil Rankin and cookbook best sellers Yotam Ottolenghi and Anna Jones.

You can enter yourself via their website - or nominate anyone you think deserves some recognition and acclaim - just by tweeting their name with the hashgtag #ybfnominate.

And there's a whole new category this year to reflect the huge role that social media has in generating so much love and passion for the best of British food, whether it's in restaurants, street markets, or by talented small producers. It's allowed them to grow and develop through word of mouth - purely on the basis of the quality of what they do rather than big marketing budgets or influential backers. The YBFs say most of the winners and entrants - not to mention many of the judges - have all pointed to the importance of sites like Twitter, Instagram and Facebook in helping their businesses become a success.

Hence the new 'Food Sharing' award, which seeks to find those who've been championing British food and drink through social media. It will be judged by cook and food writer Melissa Hemsley from Hemsley and Hemsley, Munchies editor Phoebe Hurst, and the prolific Instagram star Clerkenwell Boy, whose constant spotlight on the country's food scene has become an unmissable source of discovery and inspiration. The always anonymous Clerkenwell Boy says the YBFs have always been a fantastic platform for chefs and entrepreneurs to reach a wider audience. "Social media is such a powerful tool and has become an essential part of connecting foodies with each other at a much faster rate than ever before. This new category really puts a line under how modern day society consumes information, plus how we interact with - and are inspired by - those who we like and follow."

And according to YBF founder and baker Lily Vanilli, "I can't overestimate the importance of social media in helping me to set up and run my own business. It's a crucial part of a modern day food and drink business in this country - and there are plenty of people using the medium to help progress the food and drink scene. It's time they were finally celebrated."

The YBFs were set up to highlight all the talented producers and cooks who've turned the British food scene into the envy of the world. That was five years ago - and today, as YBF co-founder Amy Thorne puts it, the calibre of entries and finalists is "dazzling".

We can't wait to see who they've discovered around the country this year - but most of it is up to you. Whether it's someone making amazing pickles, a brilliant baker, or a young chef creating something truly delicious and memorable - get nominating. There's a lot of great people in British food, from field to fork to smartphone - who deserve to be celebrated.

For more and to vote now, check out the YBF site.