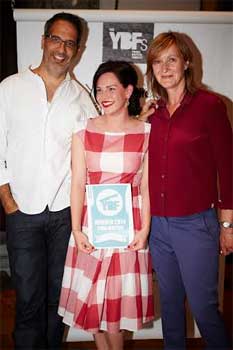 The cream of a new crop of foodies were in town last night for the unveiling of the YBFs 2014 (that's Young British Foodies in case you were wondering).

Chloe Scott Moncrieff, food journalist and one of the awards three founders extolled the virtues of this year's winners, ranging from "ballsy butchers" to new chefs. This year's event was held at Tate Britain where a crowd gathered to try an impressive menu of food and drink from those shortlisted.

Keep an eye out for them all - their career path are worth watching.