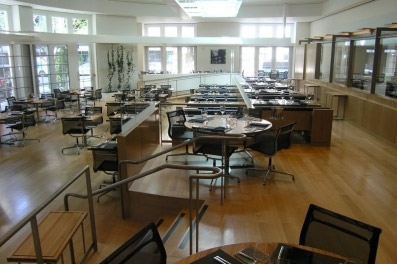 Is London ready for another steakhouse? Coming just after another American company Goodman opened its second UK branch in the City to general acclaim, we hear that Los Angeles chef to the stars, Wolfgang Puck, has confirmed he’s also heading over to London.

In an interview this week, Wolfgang was quoted as saying; ‘We’re opening a Cut steakhouse in London’ which confirms stories earlier this year that he’s been eyeing up a location on Park Lane just by the Dorchester.

So what can we expect? According to Puck’s blurb, Cut ‘offers a smart, sophisticated menu featuring the finest prime beef available, an award-winning wine list, cutting-edge design and impeccable service’. The London branch will be Puck’s first foray into Europe and the third brand of Cut – there’s one in Beverley Hills and Las Vegas.