Wingmans have chosen Kilburn for their first permanent restaurant 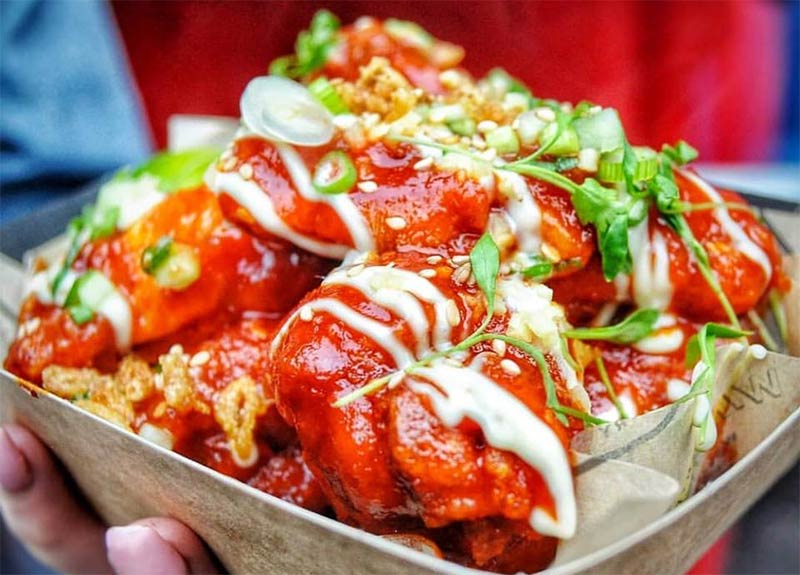 What: Wingmans Bar and Restaurant

Summing it all up: Fans of roving pop-up Wingmans can now get their saucy chicken wing fix in Kilburn where they’ve moved into their first proper home, complete with a fully stocked bar, a late license, and best of all, a brand new, expanded menu.

If you’ve not yet managed to get your hands on some of Wingmans’ award-winning chicken, then good news: the moving pop-up is throwing its hat into the street-food-gone-permanent ring and have just opened their first restaurant and bar in the former Kilburn Ironworks.

David and Ben, the duo behind Wingmans, have certainly been keeping busy since they first set things up back in 2015, having most made an appearance at the Bread Street Kitchen, and kept American football fans well-fed at the NFL International Series - not to mention popping up at Glasto, Winter Wonderland and Notting Hill Carnival. Since then, they’ve managed to scoop up a number of awards, including the winner of best buffalo wings at London Wingfest.

The new restaurant will live on Kilburn High Road, where they’ll be operating with a fully-stocked bar, a late license, and of course, loads of chicken, sauces, sides and more. We’re yet to get a look at their menu - which will be ‘brand new’ and ‘extensive’ - but we’re assuming you’ll still be able to get your sticky fingers on all your favourites at the new premises, like their Buffalo Wings, or their dreamy Truffle Mac & Cheese Balls.

More about Wingmans Bar and Restaurant

When does it open? Now open