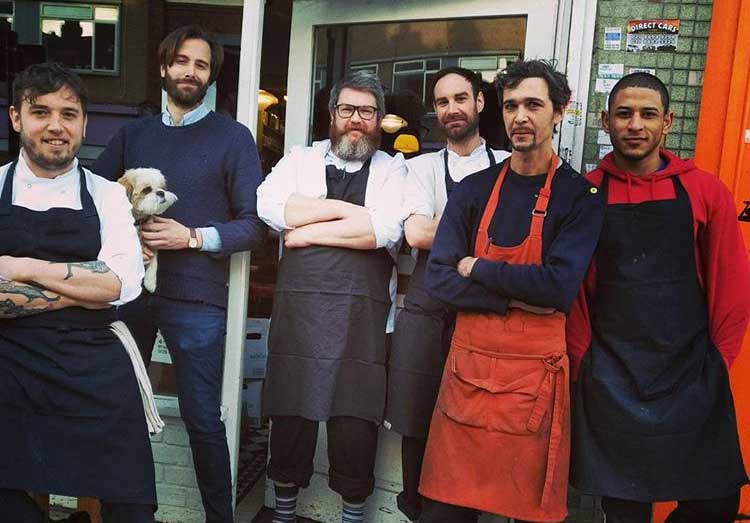 One month ago, popular neighbourhood restaurant and winebar Winemakers Deptford announced on Instagram their plans to close. "Sadly all good things must come to an end. The 4th of March will be our last service with this amazing team, as we all move in various directions." Head Chef Rory Shannon then revealed he was moving to head up the kitchens at Tom Oldroyd's new restaurant in Hackney.

The announcement, unsurprisinigly, caused consternation for its many regulars.

"You are my go to classy meal in Deptford."

"Gutted to hear this!"

"This is very sad news as each visit has been an absolute joy. Hope to be able to come and raise several glasses and clean many plates in your honour before 4 March."

But now we have a glimmer of hope for anyone who loved Winemakers Deptford as much as the Guardian's Felicity Cloake who praised its "seriously assured cooking" in her review. Talking to Hot Dinners, Owner-director John Baum explained that it isn't curtains, yet.

"We are not getting rid of the site," he told us. "We decided to close because, although we were full a couple of days of the week, we were a lot quieter than we hoped the rest of the week and with the amount of staff we had, it became increasingly difficult to continue.

"I decided to close for six months...to regroup and then with a year's experience in Deptford under our belts now, come back later with an idea a little more catered for our customers and the area."

In practice that means that they're looking at reopening in September, but operating mainly from Thursday to Sunday. But he warned that it depended on staffing "and finding the right people for the positions. In no way do we wish to slip away from the quality that we produced day to day and which earned us our reputation.

"We love being in Deptford and still believe a hundred percent that it is one of the most exciting places in London right now and are incredibly proud of what we managed to achieve in the past year." And John gave special thanks to all their regulars and those who wrote about Winemakers Deptford or just simply told other people about it.

In the meantime, there are some plans to use the site for "various wine based events" so keep an eye on their social media for more details.

When does it reopen? September 2018