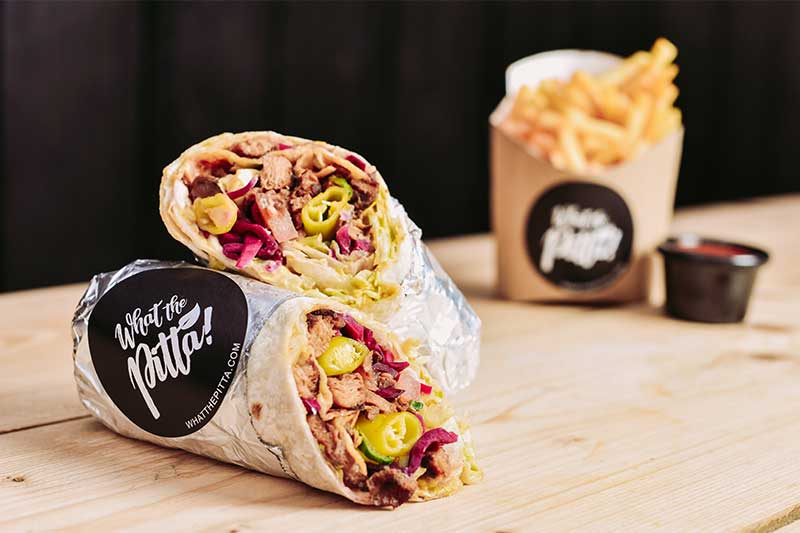 What: What The Pitta

Summing it all up: Boxpark vegan favourites What The Pitta are putting down roots and opening their first restaurant in Camden so North Londoners can get their grill on.

The march of the vegan movement is unstoppable it seems. But if there's a trend this year, 2018 marks the point at which they branched out from the health food scene and fully embraced fast and street food.

Riding that tide is a couple of British-Turkish pals Cem Yildiz and Rojdan Gul who are the folk behind What The Pitta. They already have two spots at Boxpark Shoreditch and Croydon and now they've decided to open their first permanent restaurant in Camden.

As for what's in the kebabs, expect non-GMO soya chunks, marinated in a blend of Middle Eastern spices and grilled before being stuffed into the handmade pitta bread and loaded with homemade hummus, tzatziki and salad.

Are they any good? Well their many fans on social seem to think so.

Had an amazing vegan donner from @whatthepitta @BoxparkCroydon yesterday. Who needs KFC? 😋😂

I didn’t think 2017 could get any better.... then @whatthepitta strolls is and smashes it all to pieces... #Pow #GoVegan #Fit

Prices for their doner start at £7.95, the menu also lamachcun (Turkish pizza), a couscous salad box and even vegan baklava.

More about What The Pitta