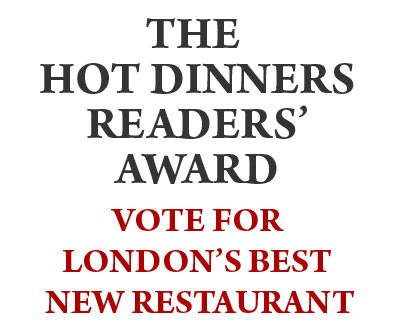 Update - voting has now closed - find out who came top.

Vote now and you could win a bottle of fizz!

2013 has been a very big year indeed for new openings. Our recent openings list shows that just under 200 new restaurants opened in London over the last year - a huge amount.

But now we want to hear from you. We want to pick the best new London opening of 2013 and can think of no better people to choose than Hot Dinners readers themselves. The only rule is that the restaurant has to have opened in 2013. Luckily our handy list has more than enough to choose from.

So get looking at the new openings list and let us know below -  which of those new openings was the best for you? We'll need your votes by December 30 2013 - so get voting now.

See all the openings in 2013 here and then vote below:

Voting has now closed - find out who came top.