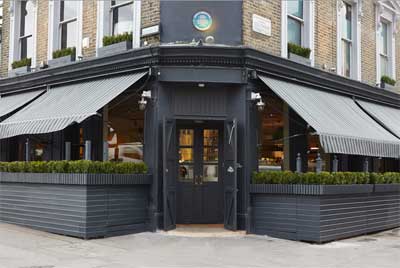 Looks like West Londoners are doing pretty well for interesting openings on the food front. In the same week that John Doe (which opened its doors on Golborne Road in October) got a great write up from Jay Rayner in the Observer, we hear that West Thirty Six is about to open its doors on the same road.

The all day grill house and cocktail lounge will offer everything from brunch through to dinner and late night drinks. Owner Robert Newmark (Beach Blanket Babylon) has brought in Piers Walker who most recently headed up food and drink at The Mondrian London and chef Jon Pollard from Soho House.

As for what the food will be like, we're told they're starting from a traditional grill house point and then giving it their own twist, so expect a rather special selection of charcuterie and the likes of beef brisket sliders on the menu.

The space will run across a number of rooms and terraces, and we expect the two outdoor spaces with an open grill and bar will be popular in the summer.