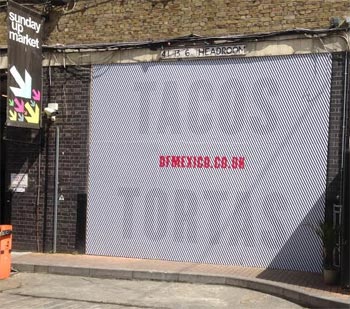 Mexican restaurant Wahaca is branching out with a new long-term residency that's starting at the Truman Brewery this July. It will be inspired by Mexico City (Distrito Federal) and will serve freshly prepared dishes with a US influence.

What you need to know about DF / Mexico

The name comes from "Distrito Federal" - another name for Mexico City.

It's inspired by a recent US/Mexican road trip by Wahaca founders Thomasina Miers and Mark Selby. On the trip they noted that chefs crossed the borders both ways for inspiration and it's that influence they want to bring to the food at the new diner.

Dishes planned include "Dirty Tortas" - pork pibil (£6.75), chile beef (£6.45) or ancho mushroom (£6.45) stuffed in a toasted brioche bun with smashed avocado and cucumber pickle. There will also be DIY Mexican boards with fillings including 4-hour slow-cooked Carne con chile (£11.45), and Steak and cheese ‘Alambres’ (£11.95) as well as quinoa salad with roast sweet potato and feta (£8.45) and fresh Panko crumbed MSC cod tacos (£7.45). Plus there will be soft serve ice cream for dessert and popping candy to take away.

It's being billed as a residency - and it will be there for 18 months. The restaurant is being designed by the same people who design Wahaca - including their South Bank container restaurant. Set inside the Old Truman Brewery on Brick lane, the "experimental diner" will seat 90.