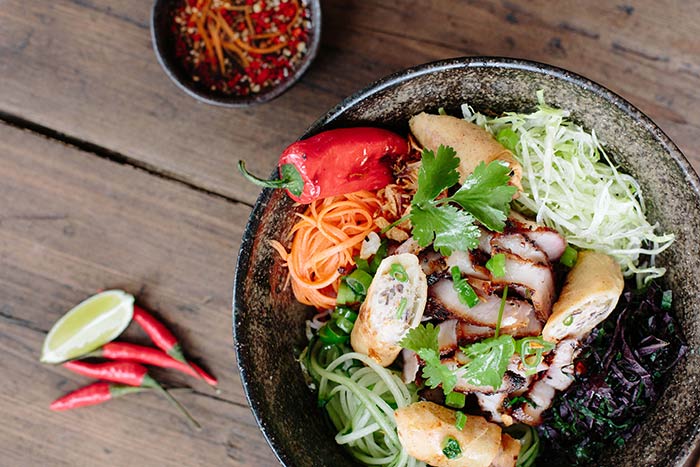 We love a good entrepreneurial story here at Hot Dinners and the tale behind a new Vietnamese barbecue restaurant opening around the back of King's Cross is right up there. CôBa which will open this Autumn on York Way is the brainchild of Vietnamese-Australian Damon Bui who's built up quite the reputation through his three-year-old supperclub Table for 10.

"With all the positive feedback, I thought I had something special to offer, that London needs," he says, "so I became hell bent on creating my dream restaurant." The restaurant's name means Auntie Number Three - the family term for his mother who was famous for her butter fried chicken. "I see it as a way to honour both my parents, the great life they’ve provided for me and my sisters, and the amazing food that mum cooked at home and passed on to me."

Damon's taken his mum's dishes as inspiration for the menu at CôBa, giving some of them a more modern spin. So there'll be barbecue meats, cooked on a charcoal grill served with a noodle salad, and soup noodles (pho and spicy beef noodles made with a 24 hour broth).

The cocktail list will feature tea-based and sorbet cocktails - both apparently pretty lethal.

And - businesses like Cote should take note here - Damon's keen to give his staff the same kind of helping hand his parents got when they first arrived in Australia. As well as 100% of the service charge going to the staff, they will also share in the profits.

CôBa will open 14 October 2015 at 244 York Way, London N7 9AG. Until November 7 they'll be offering a soft launch deal of 40% off food (50% for Hot Dinners readers if you show them this piece). Keep up with their news on Twitter @cobafood