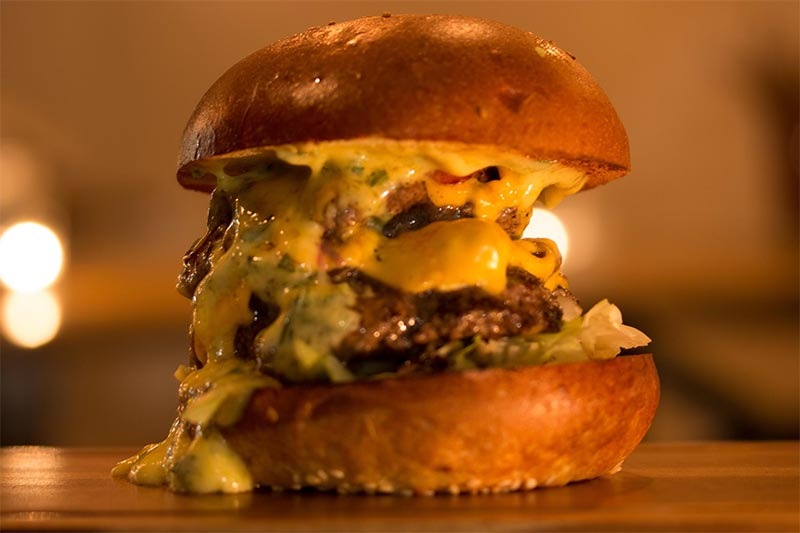 What’s a veni-moo burger, and should you eat one? Yes, according to Mac & Wild, who’ll be rolling out their game, seafood and whisky expertise to their latest pop-up near Liverpool Street.

The aforementioned burger, which the Standard reckons is one of London’s best, will sit on the menu alongside venison chateaubriand, suckling pig, rare breed hogget and Scottish langoustine (which we’re told are sold by the bucket.) If you’re feeling more snacky, then try the whisky nuts, venison scotch eggs, Scottish sausage rolls and charcuterie, which can be washed down with a glass from their late night whisky bar.

Venison, if you’ve not guessed by now, is very much Mac & Wild’s chosen Christmas theme, and is being lauded by the duo as a protein-heavy, low cholesterol alternative to turkey, although there’ll be plenty of that too - the Christmas burger is confit-fried turkey with brie, homemade cranberry sauce, bacon. Oh, and venison, for good measure. All the meat on offer will be sourced and butchered by the family butchering business from the north of Inverness.

If that doesn’t make you feel quite Scottish enough, then there’ll be haggis-making masterclasses, chocolate and whisky pairing sessions and a shooting simulator room. Which are probably best enjoyed in that order.