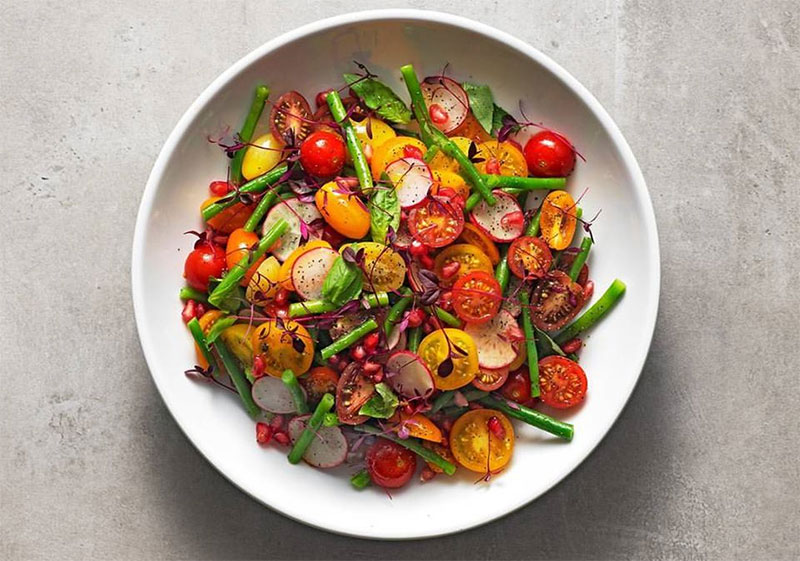 In a nutshell: Chilled dining for veggies on the fifth floor.

Summing it all up: Catering for the artists, makers and visitors of Peckham’s new community-led creative hub comes Wildflower, providing healthy, animal-free food in a relaxed canteen-style atmosphere.

Peckham Levels has only just opened its doors (and is sounding very good indeed, by the way) and one of its new stars is the in-house canteen that’ll be providing vegan and veggie food.

It’s a very laid back affair, and only open until 4pm, so don’t go expecting fancy table service, as instead Wildflower is keen to emphasise its “relaxed, communal atmosphere". But there will be a very interesting view, so try and grab a table near the windows.

Head chef will be Joseph Ryan, who’s worked upstairs at Franks, and at Salon in Brixton Village. He’ll be cooking dishes from a daily changing menu including

On the weekend, there’ll also be “a specials-heavy brunch menu influenced by Europe, the Middle East and North Africa” including the likes of harissa-scrambled tofu and raw cacao nib porridge with halva.

The team behind it, Parched London, have also worked on The Montpelier, The White Horse, EDWIN’s Restaurant and Brixton Port Authority.