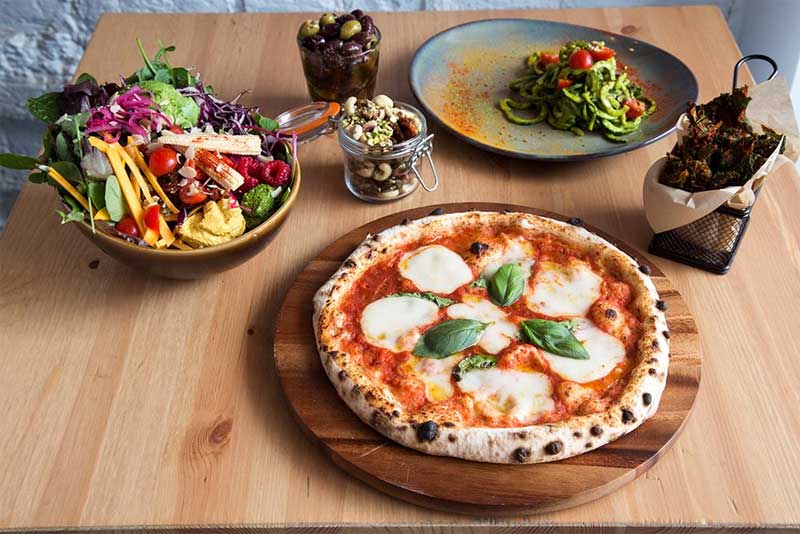 In a nutshell: Vegan pizza joint

Summing it all up: Brighton vegan pizza restaurant Purezza is expanding to London and opening its second restaurant in Camden

The quest to make money from the growth in folk looking for veggie and vegan food continues with the news that a Brighton pizza restaurant, Purezza is expanding to London.

Purezza bills itself as the UK's only wood-fired vegan pizzeria and was set up in 2015. They offer punters three types of pizzas - with a sourdough, hemp flour or gluten free base. The 'mozzarella' they use is a blend of organic Italian brown rice, chickpeas and oil. It also turns out to be less than half the calories and fat of traditional mozzarella.

The Metro reports that they'll be opening a 100 seat restaurant across two floors just two minutes walk away from the tube station (it was previously Market restaurant).

Going on the menu available at their Brighton restaurant you'll have a choice of salads, raw food, burgers and pasta as well as the pizzas on offer. There'll be a cashew based cheese board, courgetti, pea protein burgers and - for dessert - plant-based creme brulee among other sweet stuff.

As for drinks - there'll be cocktails, gluten-free beer, organic fizz as well as smoothies and almond milkshakes too.