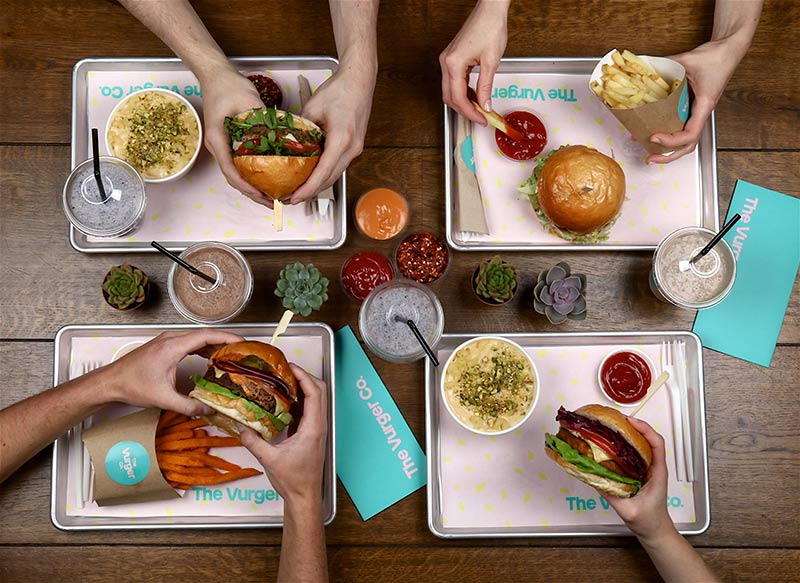 What: The Vurger Co

Summing it all up: Burgers, mac’n’cheese and milkshakes, and not an animal product in sight as vegan junk food vendors The Vurger Co bring their plant-based approach to Shoreditch for their first permanent venue.

Vegans in search of something a little more fried and greasy can now binge on burgers, mac’n’cheese and milkshakes in Shoreditch when The Vurger Co goes permanent for the first time.

There’ll be four different vegan burgers up for grabs , including their ever-popular Tabasco Auberger, made with aubergines, red onion, chickpeas - gotta get that protein in - topped with vegan cheese. That’ll sit alongside their Classic burger, the Mexican and their MLT which piles together baked mushrooms with rocket and sundried tomato paste. There’ll be vegan sides aplenty too, plus Canyon Coffee, beers, wines and soft drinks to wash it down.

It’ll be a small venue, with seating for only 30, but is a new direction for The Vurger Co who’re normally to be found at pop-ups, events and festivals. However, since its launch two years ago, the brand has gone from strength to strength. In fact, this new site is largely funded by devoted vegan fans who helped fund well over their £180k Crowdcube funding goal, and all in under 72 hours.

More about The Vurger Co