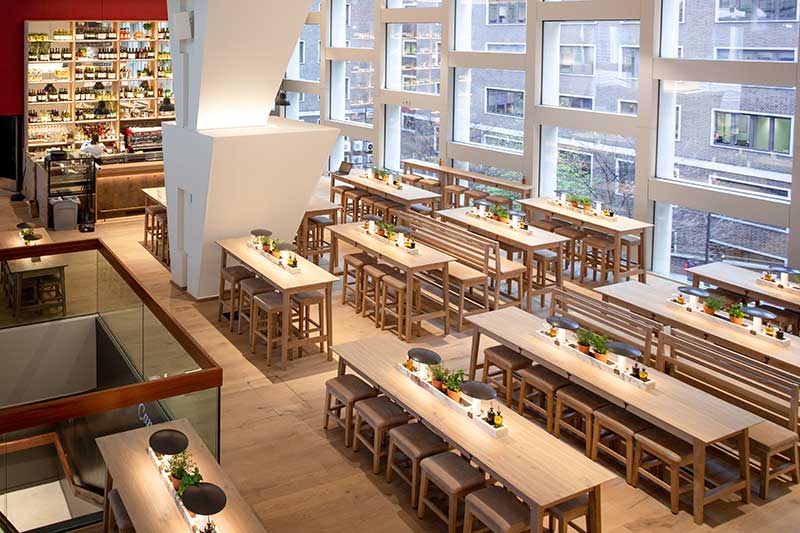 In a nutshell: Serve yourself Italian

Summing it all up: This popular Italian casual chain is expanding with three key openings set for the west end, riverside and Canary Wharf areas.

Admission - I haven't been to a Vapiano for a while, but I'm reliably informed by my teenager that there is quite the scene going down at the Great Portland Street branch on an average evening with the place packed out. So it's no surprise then that the company is expanding.

They have three openings planned for London, but it's the first one that'll have the greatest focus - being in the redeveloped Centre Point building on Tottenham Court Road.

The Centre Point restaurant will be Vapiano’s fourth in London and is going to be massive - taking up 10,000 sq ft with room for 280 people to eat. There'll also be a lot of terrace seating facing Centre Point Square, which is going to be a new piazza opening up as part of the redevelopment of that whole area.

After the W1 opening, they'll move on to open Vapiano Tower Bridge, at the One Tower Bridge development this summer. Their restaurant here is going to have a cracking view of theThames and wil feature an outdoor terrace.

Finally, they're opening another big restaurant over at Cabot Square in Canary Wharf in late summer.

If you haven't been before, then the premise is this - it's part cafeteria, part restaurant, so you queue up at various points to order pasta, pizza etc from the kitchen direct and when it's made for you then you grab a seat at one of the many communal tables. Everything you order is saved on a smart card which you pay at the till by the door when you leave.

Where is it? The new restaurants are opening at Centre Point, One Tower Bridge and Cabot Square

When does it open? Vapiano Tower Bridge is now open. Vapiano Centre Point opens 3 January and has a 30% off food soft launch running until 9 January - but you'll have to say "gimme that pasta" at the till to get it.