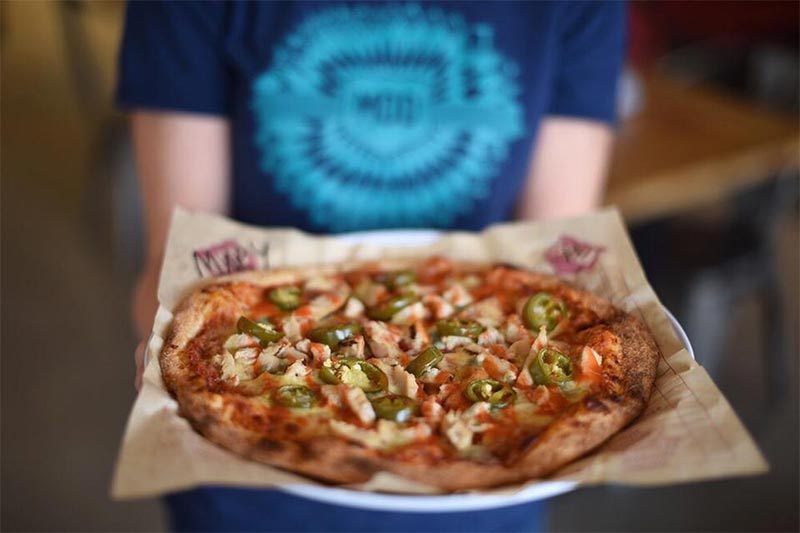 There’s no arguing with the fact that £7.87 is a more-than-fair price for a pizza, especially with all the toppings you could want, and enough even to make you overlook the fact that it is a bit of a weird number. MOD Pizza, a US-based chain, will soon be bringing their super-fast affordable pizza to the capital when their first London store opens in none other than Leicester Square.

Not only will you be able to pick and mix your toppings from over 30 choices at no extra cost, but your pizza will also be cooked and ready to go In under four minutes, and will always cost £7.87. If you fancy something a touch lighter, then you’ll also be able to create your own salad.

MOD Pizza has a whopping 114 stores currently trading in the US and 3 have already made it across to the UK, in Leeds, Brighton and shortly Gateshead. It’s the brainchild of Scott and Ally Svenson, who’ve had previous experience in international food and drink chains, including Starbucks and Carluccio's.

It remains to be seen just how popular MOD Pizza sits with the London crowd, but if Leicester Squares’ queues for cardboard-style slices of double pepperoni are anything to go by, it should be a big success.