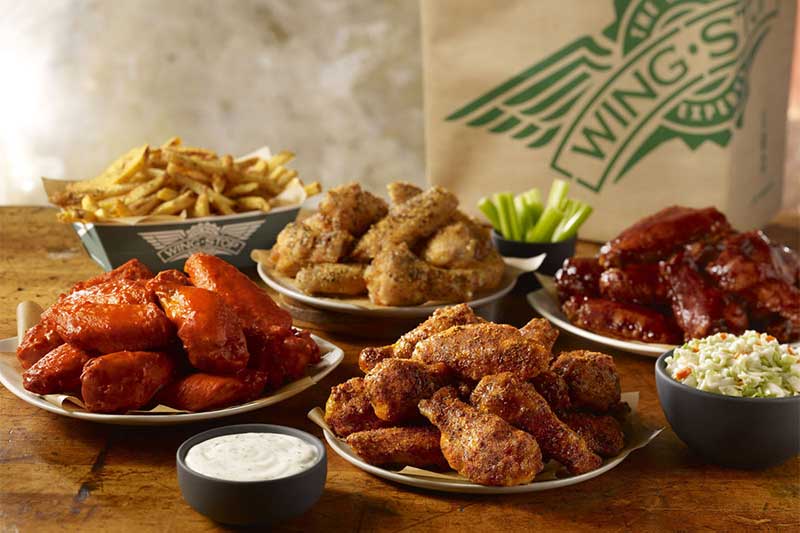 In a nutshell: US chicken wing chain launches in London

Summing it all up: With 1000 restaurants all over the world it was only a matter of time before chicken wing specialists Wingstop set their sights on London.

Founded almost 25 years ago in Texas, and with more than 1000 restaurants worldwide, the US chicken wing chain Wingstop is hoping to launch in the UK. They're planning to open almost 100 restaurants in the UK, starting with a flagship restaurant on Cambridge Circus.

Right now, they're hoping to open in the former HSBC bank site on Cambridge Circus. The two-floor restaurant will do takeaway on the ground floor with a seating area on the first floor - and expect it to be in the trademark Wingstop design - all 1930s and 1940s "pre-jet" aviation theme.

The menu obviously focuses on chicken wings with a choice of 12 flavours, starting with mild and ranging through Hawaiian, Teriyaki and Cajun through to Atomic (no prizes for guessing how hot that is). And that's pretty much it, with the exception of slaw and fries for sides.

What will be new to the UK restaurants is the beer they serve. They've done an exclusive deal with Camden Town Brewery to serve up their Camden Hells Lager, Pale Ale and Gentlemen WIT.