Unico's Italian gelato comes to Notting Hill, and it'll be available as vegan 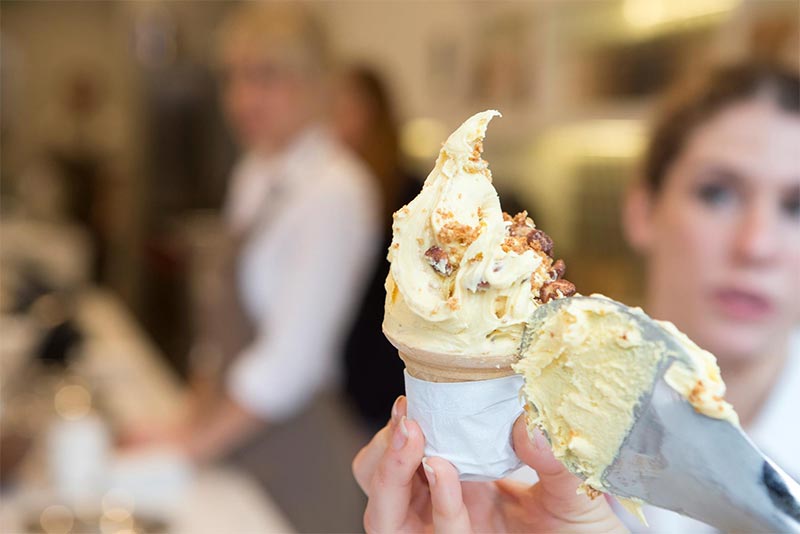 Vegans rejoice - a new Italian delicatessen called Unico is coming to Notting Hill, and there'll be animal-free versions of everything on the menu. including lots of gelato.

After opening a tremendously popular gelateria in Bologna (as well as sites in Bromley and Fulham), Andrea Vitali and Francesco Vita (along with with ex-Birmingham City manager Gianfranco Zola as one of the investors) are now bringing a real taste of Italy to West London. Unico will be dishing up lots of cake, coffee, salads, and of course, top quality gelato, with vegan options available for everything.

The gelato will come in variety forms to suit everyone's needs, from cones to tubs and shakes to gelato cakes, and will be available to take away or eat in. If you're curious to see how it's made then you can have a gander at the open-plan “gelato lab”, where the gelato's made every day on-site.

Coffee hounds will be treated to a special blend imported from Italian roastery Terzi. You'll also be able to try a sandwich that's been dubbed the Bubble, which has been described as 'a kind of spherical, savoury doughnut filled with ingredients such as speck and provolone'.

When: May. Soft launch details: There'll be 50% off available for a limited time to those who sign up.