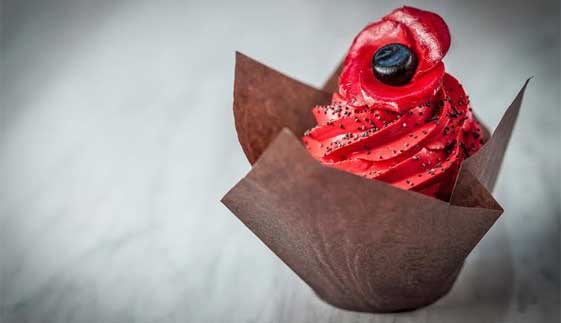 If you manage to make it down to the last few days of the Blood Swept Lands and Seas of Red installation at The Tower of London, warm up afterwards at Tom’s Kitchen Deli St Katherine Docks with a hot drink and this dramatic cupcake.

The bespoke poppy cupcake was inspired by the ceramic poppies filling the Tower’s famous moat. A red velvet cupcake, it's filled with poppy seeds and topped with a sugar-crafted poppy. Exclusive to Tom’s Kitchen Deli in St Katharine Docks, the cake is on sale until 11th November and of the £3.50 price, 50p will be donated to The Royal British Legion.