Topolski bar and restaurant to open on the South Bank 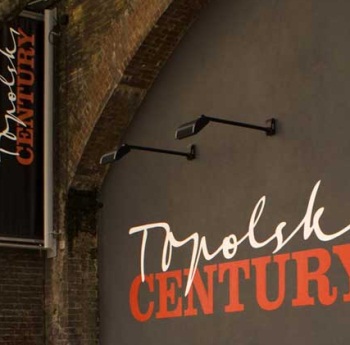 It's been a while since a new restaurant debuted on the South Bank but Topolski, which opens there on November 1, is set to change that. Named after the Topolski Century art bunker it replaces (no, us neither), the bar and restaurant will pay homage to the artist who was an official war artist during the second world war. They'll do that namely by featuring his paintings on the walls and through a specially curated series of live events including lounge music, club nights by Count Indigo and special DJ sessions.

The all day menu wanders all around Europe for inspiration and is the work of Company of Cooks chefs Bruce Wilson and Claire Clark (who worked as a pastry chef for that little known American restaurant The French Laundry). Lunch features Eastern European staples such as Zurek, a sour rye and sausage broth, and Borsch; choose sharing plates such as Cracovian smoked hunter sausage with sauerkraut or blinis with mushroom and salt baked beetroot with beetroot tops and goats curd, but leave room for the brown sugar and olive oil cake and roulade of chocolate, cashew butter and salted caramel.

The menu is reduced down to sharing plates and platters in the evening while a list of infused vodkas and craft European beers completes the picture.