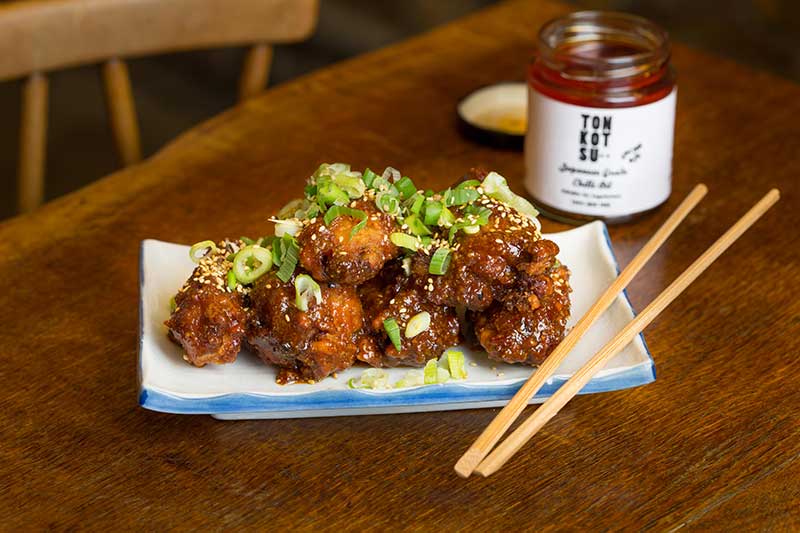 Don't know about you, but we're loving the various mashups and creative collaborations that are currently going down around London. And one upcoming combo of creative talents in Hackney has particularly caught our eye.

Hackney cocktail bar Behind This Wall is bringing in some top talent for a series of guest chef nights, called ‘E is the magic number’. It features chefs and restaurateurs from within the E1-E9 postcodes taking over the teeny kitchen and sound system on Wednesdays throughout October. So there'll be Eat The Bits Chilli Wings from Tonkotsu (pictured), Fish Crudo from legs and some kind of Chinese/Mexican fajita from Chick n Sours' Carl Clarke.

And the line-up is REALLY good. Just feast your eyes at that list:

More about E is the Magic Number

When does it run? Date

How to book? Given how small the space is you're going to need to book online. Food will be served between 7 and 9 pm.