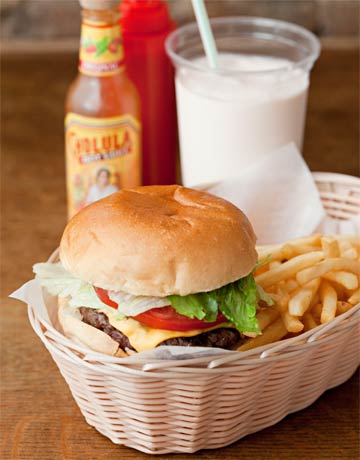 The Icelandic Tommi's Burger Joint has been a big hit ever since it opened both its long term pop-up and permanent restaurants in Marylebone. We've been to both (a few times) and can easily see why it's much loved. Now that they're settled on Thayer Street, they're looking further west with sights set on the King's Road.

Their new Burger joint will follow the same formula as the London original - burgers cooked on an American gas grill to enhance the charcoal flavour, garnished in the classic diner style with iceberg lettuce, tomatoes and chopped onion. These will be overseen by head chef Siggi Gunnlaugsson who will be overseeing both the Kings Road and Marylebone Burger Joints.

They're working with British suppliers too, so meat is from HG Walter butchers in Barons Court and bread is from Miller's Bakery. They'll be sides of fries, homemade Béarnaise and cocktail sauces. Drinks will include an Icelandic beer, Viking, alongside a selection of wine and regular beers and home-made milkshakes made with Icelandic ice-cream.

As with Thayer Street, the King's Road spot will be for walk-ins only (although it's a little bigger than the original, with seating downstairs) as well as take-away. The same meal deals will be on offer too.