Tom Sellers to open The Lickfold Inn in Sussex 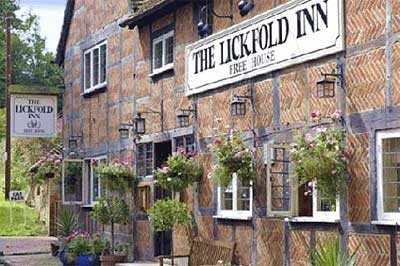 His Bermondsey restaurant Story made headlines when it won its first Michelin star just five months after opening. And now chef Tom Sellers is hoping to take that excitement out to the country with the opening of his first pub.

Sellers has taken over The Lickfold Inn, near Petworth, in West Sussex, and will reopen it at the end of November 2014.

"I want to bring back The Lickfold with big impact," he says, "introducing some of my own cooking style but still respecting the legacy of a real, proper pub.”

To that end, he's installing Graham Squire as Head Chef at The Lickfold Inn who previously worked at both Trinity and Bistro Union with Adam Byatt (for five years), and prior to that was at Claridge’s for seven years.

The Lickfold, which was closed for four years will reopen with the ground floor as a proper pub serving craft and local beer, a range of modern and traditional cocktails, and snacks, including Scotch eggs, pork pies and charcuterie.

And upstairs there'll be a dining room with room for 36, which will be open for lunch and dinner from Monday through Saturday, and lunch only on Sunday. That'll serve up a modern British menu using local suppliers. Dishes on the launch menu include:

The Lickfold Inn reopens early December at Highstead Lane, Lickfold, Petworth, West Sussex GU28 9EY. Reservations can be made on 01789 532 535. For more information, follow them on Twitter @LickfoldInn