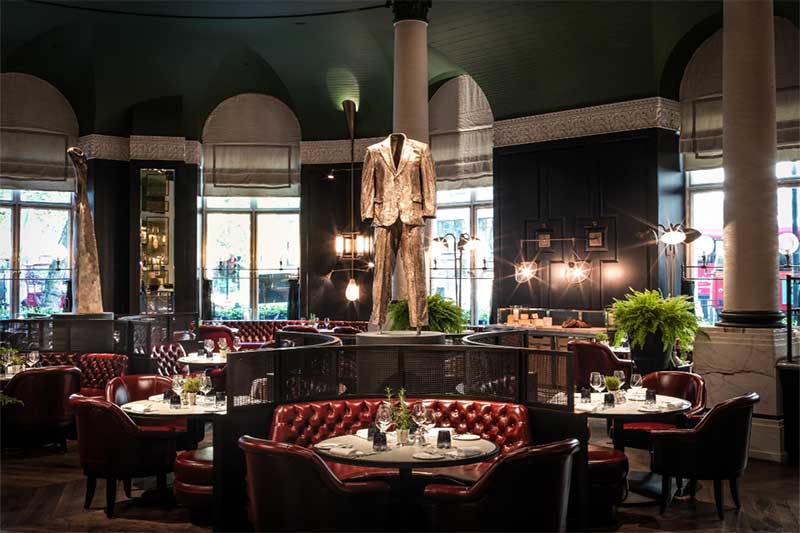 In a nutshell: Tom Kerridge does London

Summing it all up: His Buckinghamshire pub was the first pub to win two Michelin stars. Now Tom Kerridge is bringing some of that magic to London for his first restaurant in the city

We've always thought the beautiful David Collins-designed dining room at Corinthia Hotel London down by Whitehall was an amazing space in search of a restaurant to do it justice. Now it seems as though they've finally got the perfect fit.

When Tom Kerridge announced last year that his plans to open a restaurant at the Jumeirah Carlton hotel in Knightsbridge had fallen through, it disappointed fans who were hoping he'd bring his Michelin-starred magic to the capital. But now the chef has bounced back with a deal to open at the five star Corinthia.

Beautiful as the space is - it is getting an update by David Collins studios. Kerridge’s Bar & Grill is going to be a relaxed brasserie-style dining room with its own bar. The dining room will have room for 90 with the focus on a rotisserie bar roasting large joints of meat, fish and some root vegetables in front of diners.

Along the walls of the restauran you'll find fridges showcasing hanging meat supplied by Tom’s own butchers, The Butcher’s Tap in Marlow.

If you've been to Tom's restaurant The Coach in Marlow, you'll see elements of the menu here. So the rotisserie will have a daily changing dish on the menu each day like a dry aged rib of beef from The Butcher’s Tap with ox cheek bordelaise, gherkin ketchup and triple cooked chips or how about half a Cotswold White chicken with braised gem lettuce, pickled lemon and soft polenta? 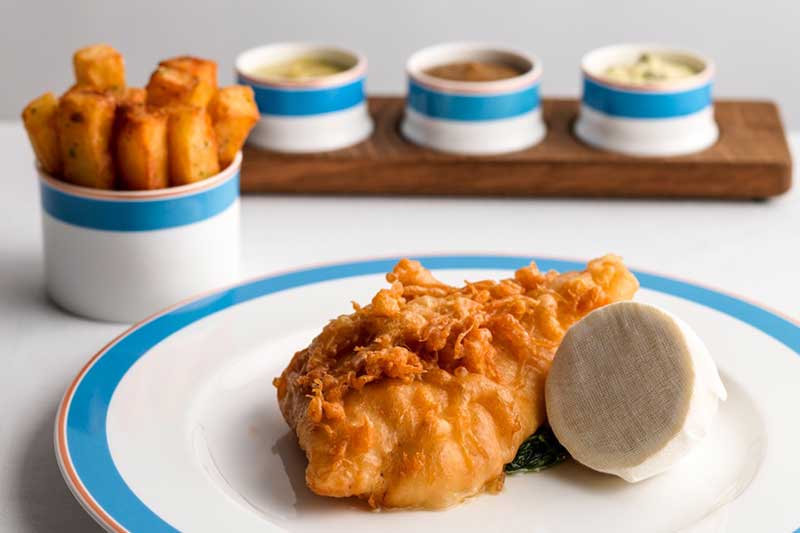 Desserts sound equally good. There's a dark chocolate pudding with crystalised malt biscuit, salted caramel and malted milk ice cream (pictured) and we rather like the sound of the brown butter tart with buttermilk ice cream. 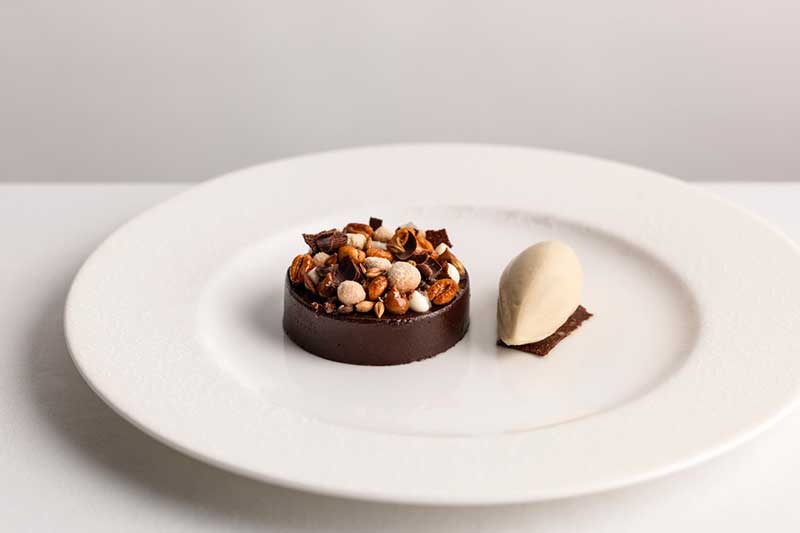 Running the show day to day will be head chef Nick Beardshaw, who has worked with Tom first at The Hand and Flowers as sous chef and more recently as head chef of The Coach in Marlow.

Alongside the restaurant, the standalone bar will serve a range of cocktails, feature an extensive list of English wines, Champagnes, and ales and lagers on tap. And we like the sound of their glass cellar which you'll be able to see as you enter the restaurant. And they're promising a range of "diverse and interesting bar snacks" as well as classics like sausage rolls and scotch eggs.

There's also a private dining room for 18, tucked away behind the bar, with its own open kitchen for a chef's table kind of experience.

“We are incredibly excited about opening Kerridge’s Bar & Grill at Corinthia Hotel London," says Tom. "Nick and I, along with the whole team, are enjoying creating a menu that will befit such a stunning room."