[SIGPLUS_EXCEPTION_SOURCE] Image source is expected to be a full URL or a path relative to the image base folder specified in the back-end but /blog/2014/tomdixon/gallery/ is neither a URL nor a relative path to an existing file or folder.
0
Shares 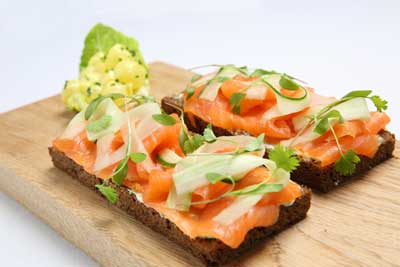 Designer Tom Dixon's been quite the busy bee. Hard on the heels of the Mondrian London opening, which his studio was responsible for, he's also behind a new coffee shop in Harrods.

Tom Dixon Sandwich opens on the Knightsbridge store's Third Floor on Tuesday. Open from breakfast through to dinner, the menu features British classics with a refined twist. The new and permanent cafe will have room for just over 100 customers.

Hot Dinners got a sneak preview of the menu before next week's opening.

Breakfast kicks off with:

For lunch and beyond there's a choice of eight sandwiches, cheese and charcuterie plates and a small selection of salads. Sandwiches include:

Tom Dixon Sandwich opens on Tuesday 7 October 2014 on the Third Floor at Harrods. It'll be open daily from 10am – 8pm and won't be taking bookings.