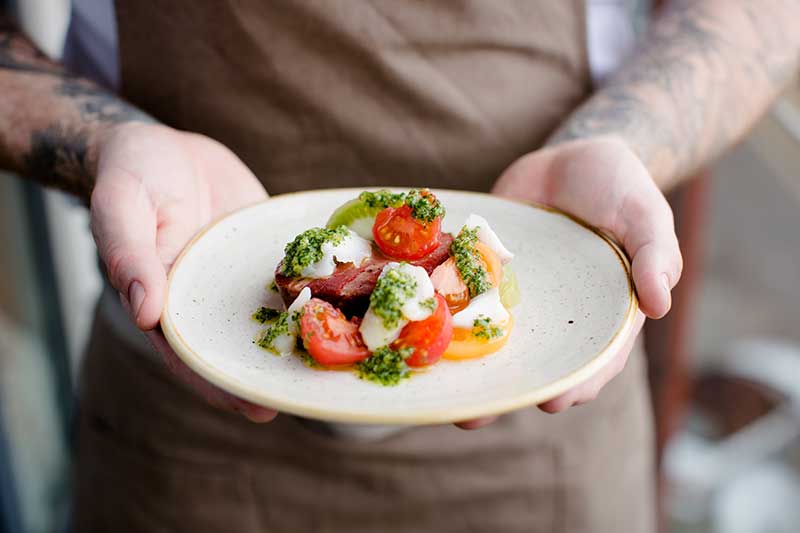 In a nutshell: Seasonal dining in Hackney

Summing it all up: Ex Outlaw's chef Tom Brown is going it alone in Hackney with his new restaurant Cornerstone. Expect a seasonal menu, plenty of seafood and counter dining too.

After a two-year stint at Knightsbridge's Michelin-starred Outlaw's at The Capital, the time came for their head chef Tom Brown to move on to greener pastures, heading east to Hackney Wick for his first solo restaurant.

Based on fishy background, which includes Rick Stein's Seafood Bar and the St Kew Inn, as well as Outlaws, we're expecting to see a large amount of seafood on the menu. He's gained numerous accolades for his expertise in cooking seafood too, including having his fish called "the best in London" by Great British Chefs. Here's what we know about the menu so far:

And the restaurant will have a spot of counter dining around the central kitchen too.

It seems the new venture has plenty going for it, not least of all the continuing support from his mentor Nathan Outlaw, who he's been working with since 2012. Nathan said: "Right from the start, I knew [Tom] was something special. Everyone who met him commented on his passion and enthusiasm and that hasn’t wavered over the years."

Where is it? 3 Prince Edward Road, London E9 5LX

When does it open? 24 April 2018. Opening Times: Tuesday-Saturday, lunch and dinner. Closed Sunday and Monday.

How to book: book via their website at cornerstonehackney.com