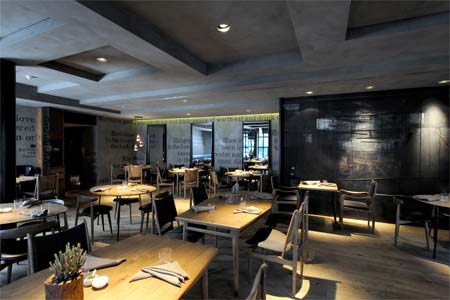 Unexpected news today comes with an announcement that Tom Aikens is to close his Chelsea restaurant. The Elystan Street restaurant had already been closed for almost half a year in 2011 to be given a much less formal look and feel for both the room and menu. The revamp was met with a mixed reaction from critics.

The chef's PR company issued a statement which said that Aikens would be looking to relaunch his restaurant in a more central London location later in 2014. He's also apparently exploring opportunities in the States and Asia.

But while fine dining may be out at the moment for the chef, he is still opening more of his casual eateries with another Tom's Kitchen planned for St Katharine Docks in May.

Tom Aikens restaurant will close at the end of January 2014.