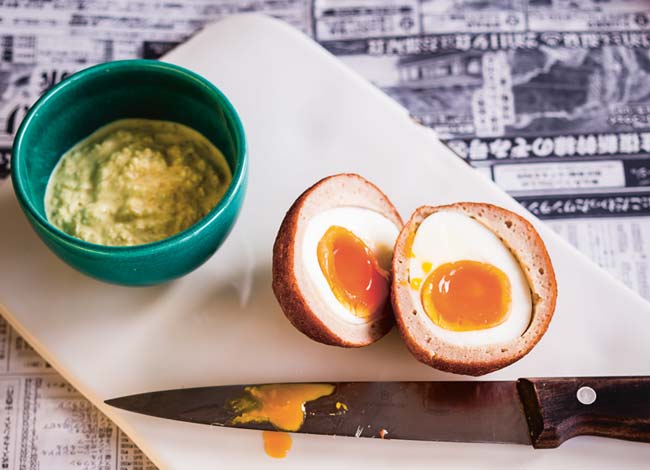 With a permanent home for his restaurant Nanban still in his sights, the chef has set himself a busy schedule of events in the coming month to promote his new cookbook, Nanban: Japanese Soul Food.

The two week  ‘United Ramen x Nanban’ collaboration runs across the weekends of 17-19 and 24-26 April. Both weekends will showcase the versatility of this popular dish through creative and culturally diverse interpretations.

Tim is preparing six special dishes to celebrate the launch of his cookbook. These will include Nagasaki Chanpon ramen and an Obi-ten style Mackerel Scotch egg sitting alongside United Ramen favourites such as spicy Sichuan Tantanmen and Asian BBQ spare ribs.

In addition to the weekend collaborations on Tuesday 21st and Tuesday 28th April, Tim and Girish from United Ramen will collaborate on two special events focused on French influenced Hatchō Miso Duck Ramen and Caribbean influenced Curried Goat Tsukemen (dipping ramen), respectively. The events are ticketed and are limited to just 36 seats on each date. To book a ticket head to http://grubclub.com/united-ramen.