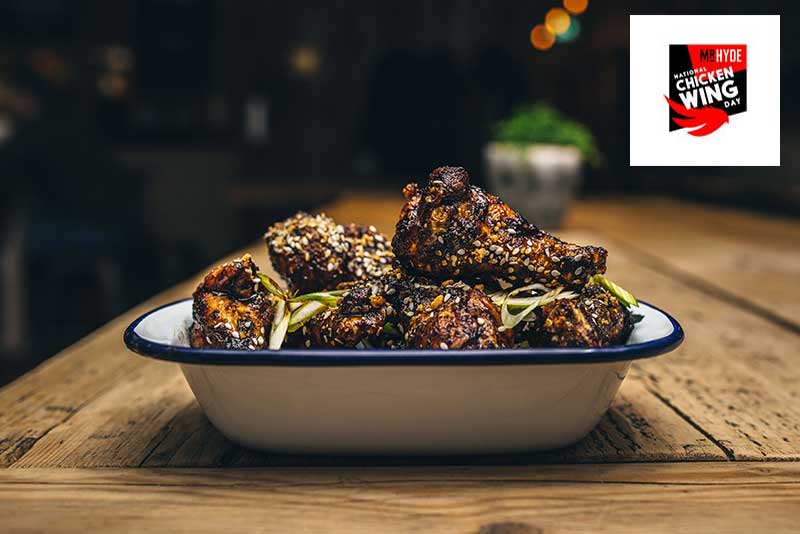 If you love chicken wings, then perhaps you already know that London's had its own chicken wing festival since 2014. London Wing Fest has been showcasing the best chicken wings around thanks to the efforts of Randy's Wing Bar.

But did you also know that that the humble chicken wing is now SO popular in the UK it's getting its very own day of celebration, Mr Hyde National Chicken Wing Day?

If you can't think of anything better (and granted, it's hard to), then put 22 March in your diary. That's when this wing festival is taking place. It's going to be an all out celebration of chicken wings, culminating in a boozy street food party at Shoreditch's Truman Brewery. Expect around 20 chicken wing traders, including London Wing Fest's 2017 winners Le Bun, along with We Serve Humans, Wing Mans and Butchies.

On the day over 200 restaurants across the country will be offering special menus, recipes, and most excitingly of all, a whopping 50% discount (as long as you fill out an online form in advance). To see who's taking part look at the Wing Map here.

Where is it? All over the UK but the street party takes place at The Old Truman Brewery, 91 Brick Ln, London E1 6QR

How to book: Get your tickets to the street party at ​www.nationalwingday.co.uk. Tickets are £15