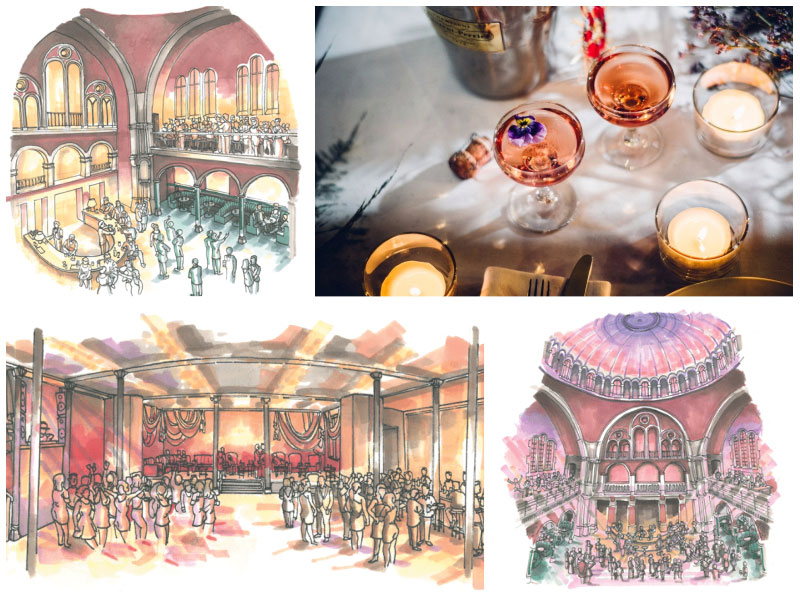 As far as winter pop-ups go this year, this one definitely has to be among the most luxurious we’ve encountered. Nestled in the very grand former premises of the Limelight Club on Shaftesbury Avenue, with Winter House we've been promised lofty balcony banquets, a "sweeping Grand Hall," plus cocktails and dancing in the Crypts.

Behind The Winter House is events team Bourne & Hollingsworth, who’re most famously behind the Chap Olympiad, and therefore certainly know a thing or two about conjuring up that classy British vibe. And we have to say - from the first look the hall’s absolutely stunning and looks like a fine place for those wanting to really immerse themselves in a Christmassy wonderland.

If having a little boogie’s on your agenda - and ‘tis the season after all - you can also head down to ‘The Crypt’ for a spot of dancing, canapes, and cocktails, which we’re sure is less weird than it sounds.

A ticket to such a night of finery is more reasonably priced than you’d expect, with your choice of meals from the set menu for a mere £55.