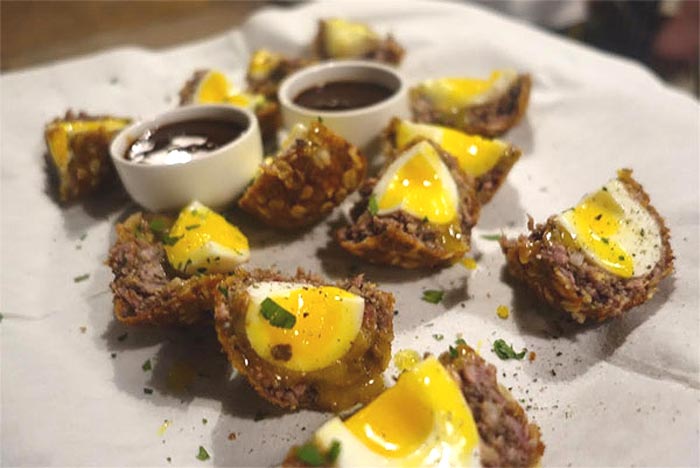 For the past few years, the Scotch Egg Challenge at the Ship has been a huge deal (and last year Hot Dinners was on judges' table too when The Cornwall Project won). But as the Ship's landlord moved to take over The Canonbury Tavern, the challenge has also moved to its new Islington home.

So if you're a pub or restaurant who think they know a thing or two about a scotch egg - then now's the time to get your act together. Just email canonbury@youngs.co.uk for an entry form.

And as for the rest of us - the chance to try some of those eggs will be on 20 October. There are no tickets for the night, just turn up with a hunger for scotch eggs. And as soon as the finalists (and their eggs) are announced, we'll add them all here.

The Scotch Egg Challenge will be at The Canonbury Tavern on 20 October at 21 Canonbury Place, London N1 2NS. For more, follow them on Twitter @thecanonbury.